(Future) Dr. Bulldog breaks his personal record of the number of patties in a burger consumed.

Just as my research group attempts to synthesize and characterize high-valent transition metal-oxido for the past 24 years, I have been attempting to build and eat burgers with an increasing number of beef patties. I am not sure what the purpose of this mission is, but it happened. 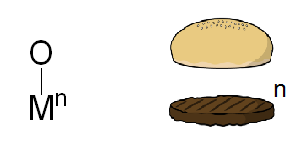 In August 2014, I enjoyed a 4-patty burger at 5 Guys (the best of the nationwide burger chains). Shortly after in September, a 5-patty burger was consumed. The staff at the same 5 Guys said at the counter, “May the Force be with you.” 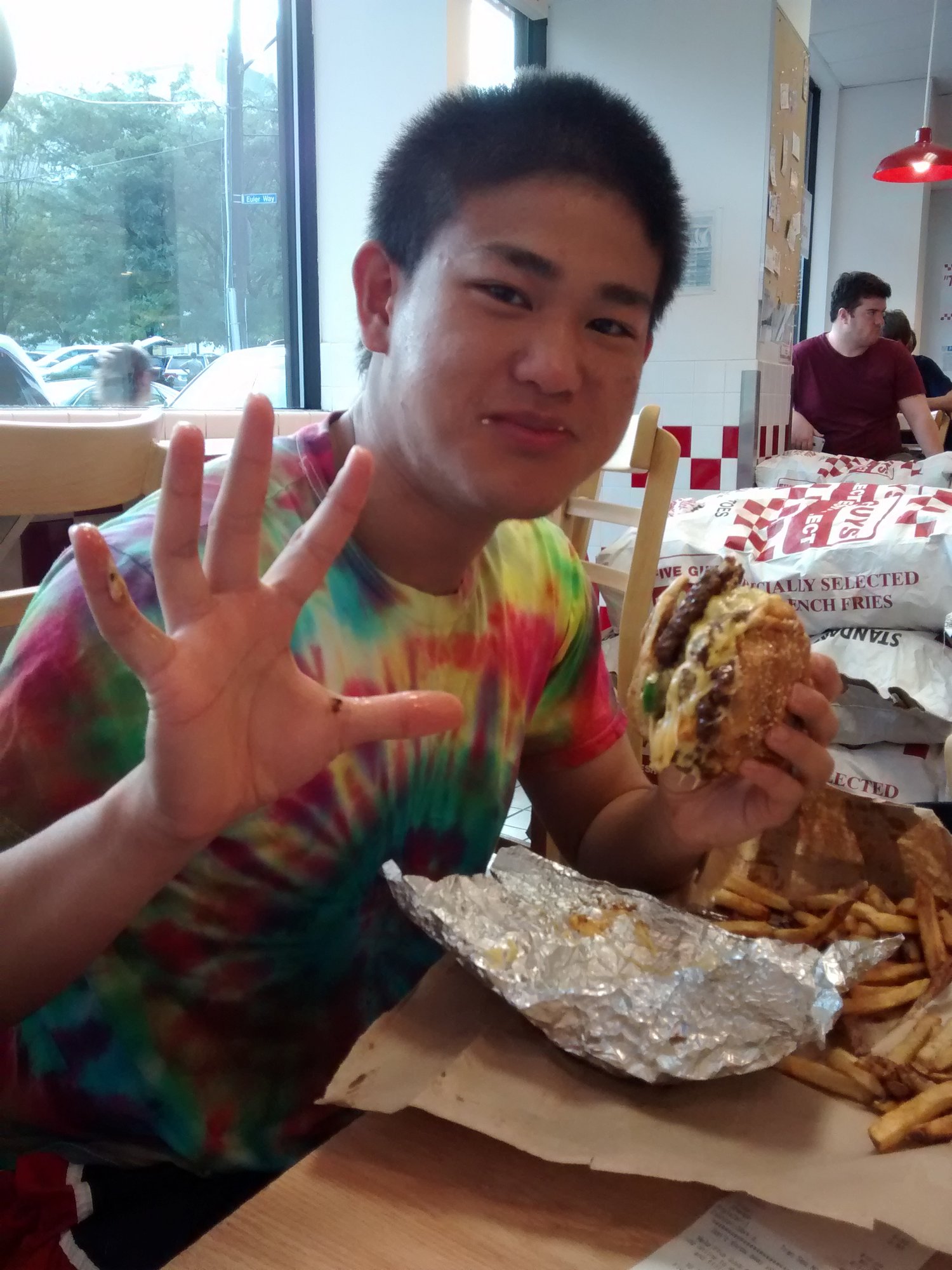 Ever since I succeeded in finishing a 6-patty burger on that freezing Boxing Day in 2014, I had not attempted to go one above for two and a half years. This is a significant step, as 7 is my lucky number and I had vowed not to go higher once I had achieved 7, so I have been saving this occasion for a long time. What better time to attempt this feat over the Memorial Weekend? Can it be MORE American? (Imagine saying that in Friend’s Chandler’s voice) The following account briefly describes my attempt to make and eat a 7-patty burger.

Beef patties were grilled on both sides. Cheese slices were melted on 5 patties. The jalapeno was grilled. 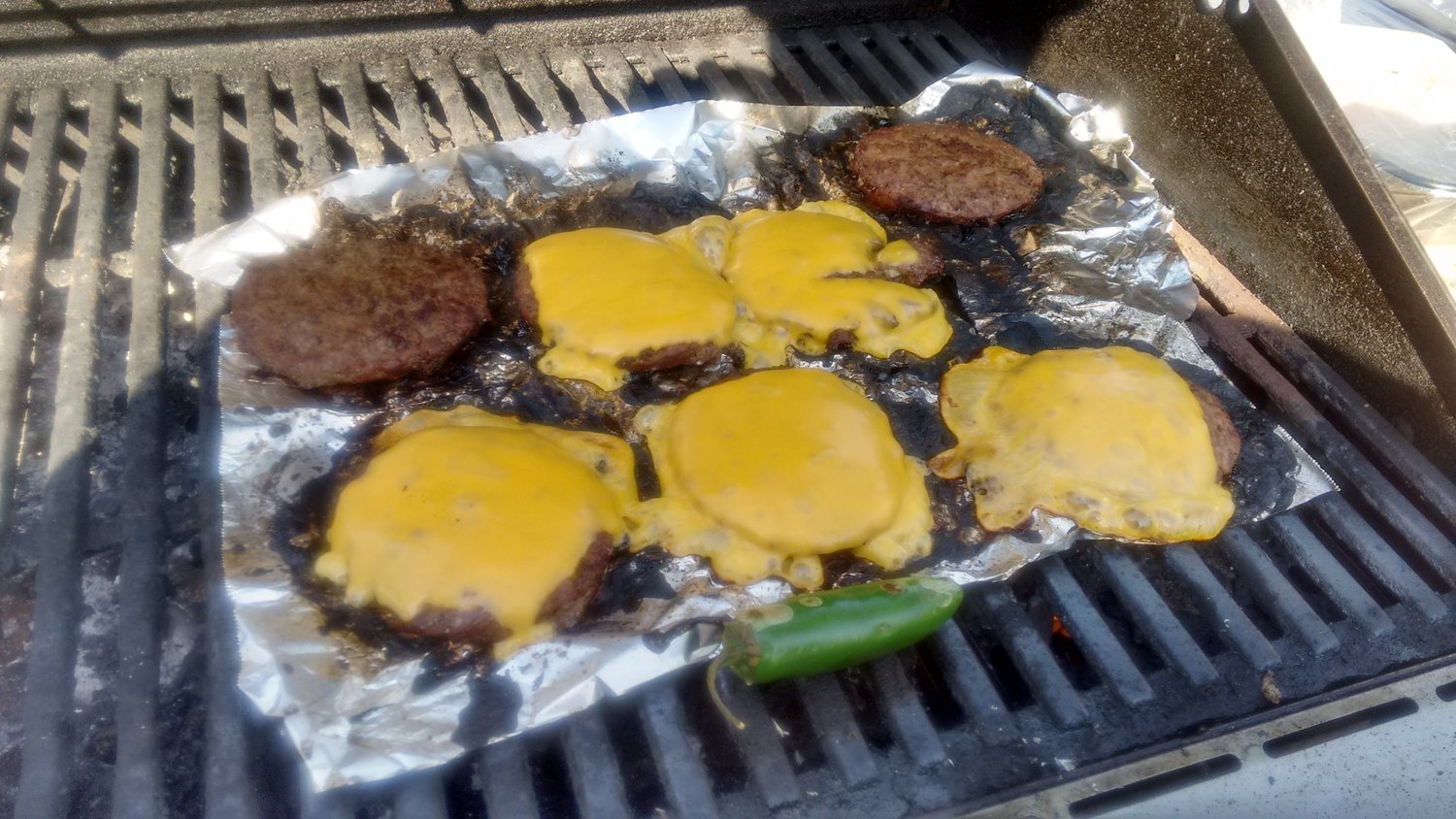 Thousand island dressing was spread on the buns.

The burger was then assembled. The 2 patties without the cheese slices were chosen to be the top and bottom patties, respectively. The jalapeno was placed on top of the top bun, and the burger was held together by a long stick. 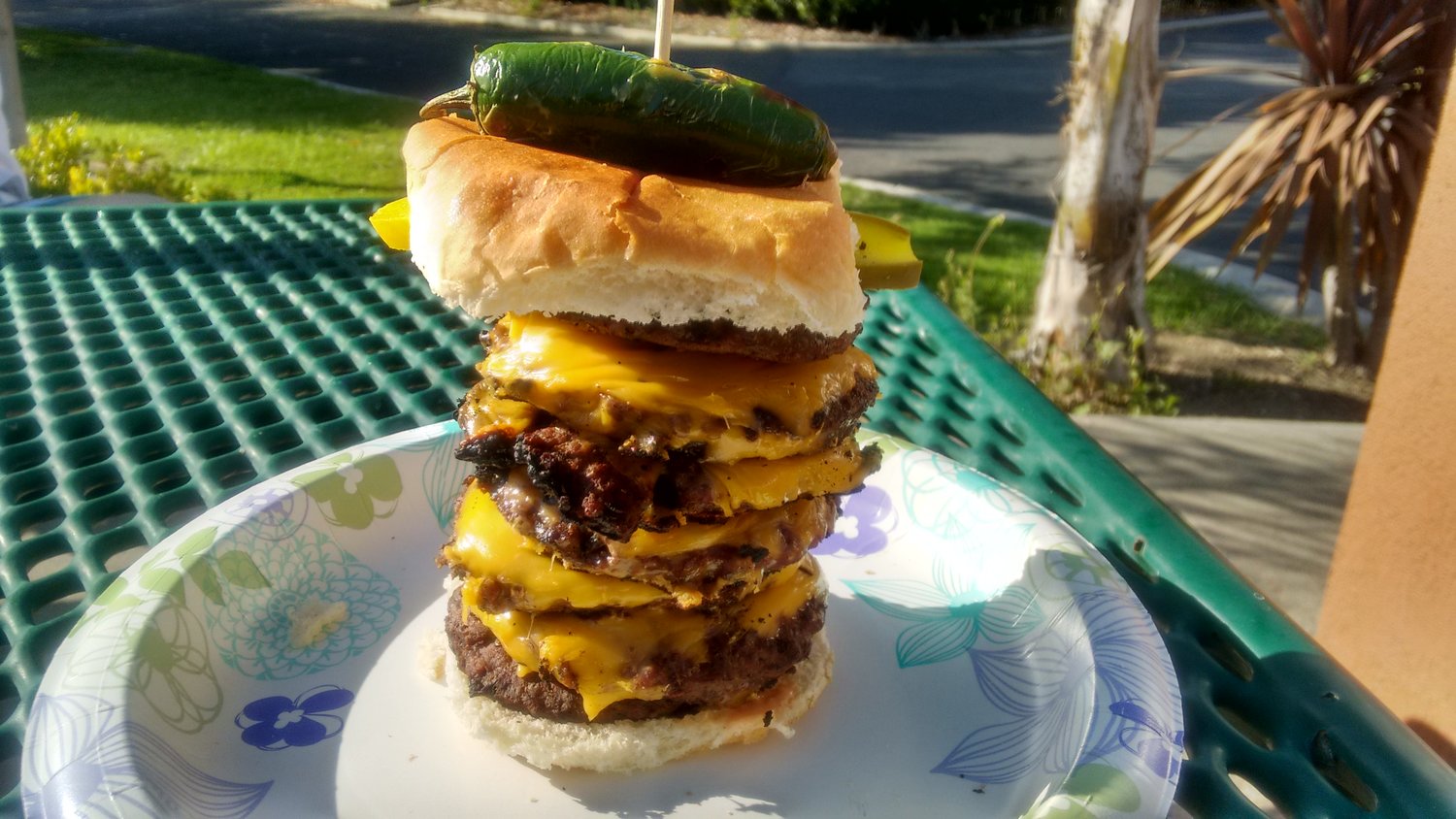 The burger is ready to rock! …. 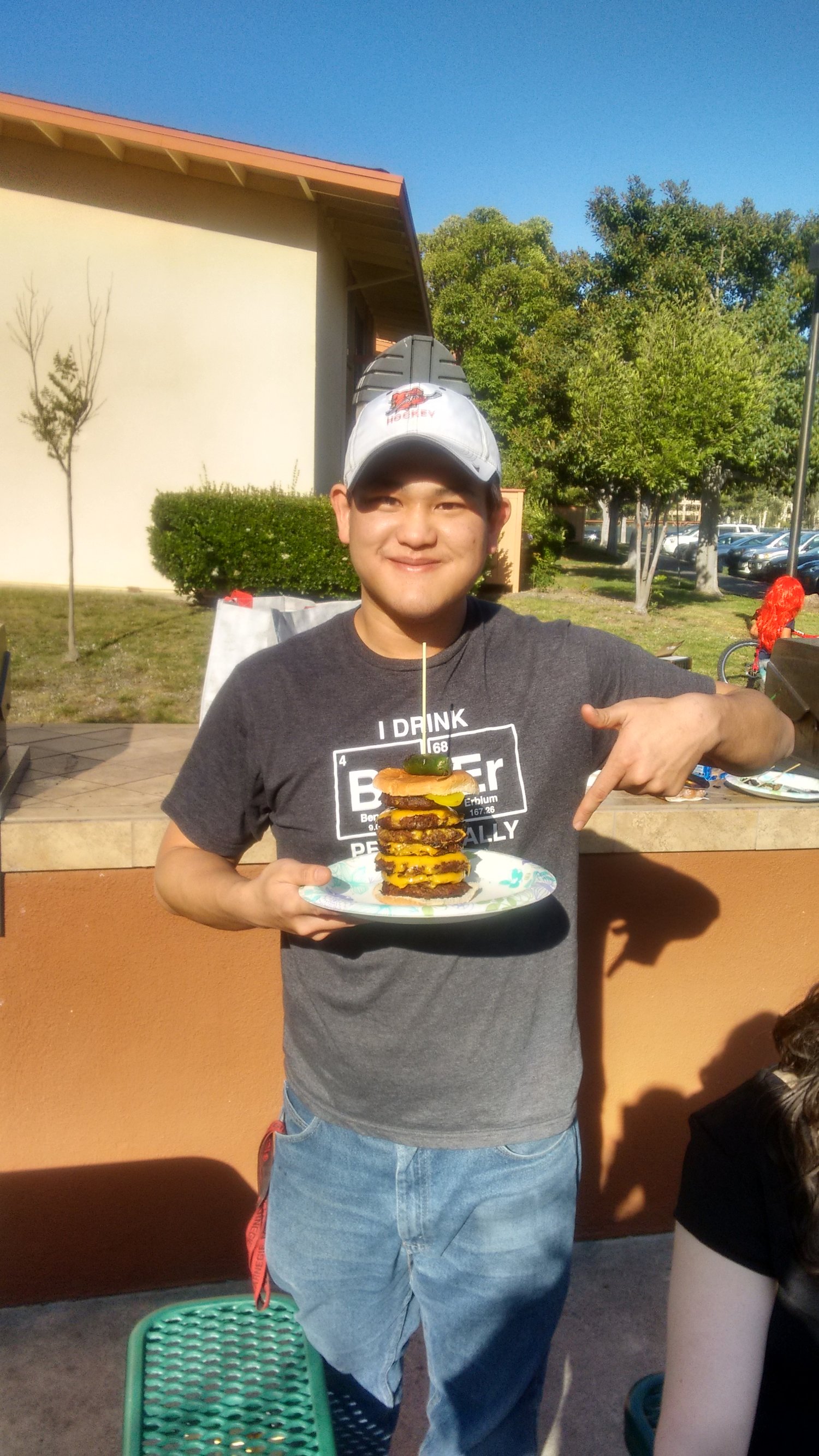 … And it was struck down. With great vengeance and furious anger. And some mustard. 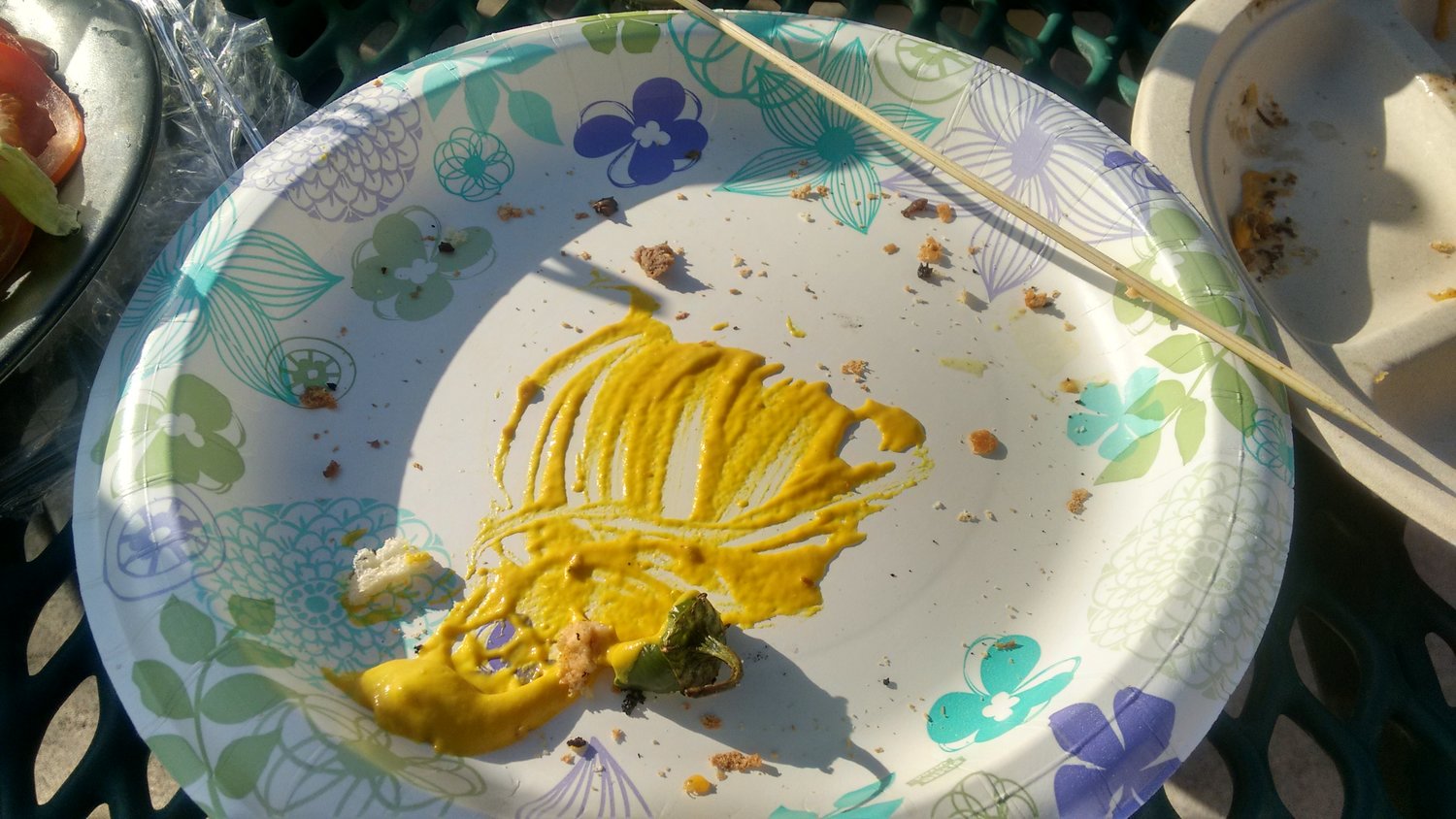 Well, I don’t think it tasted as delicious as the Big Kahuna Burger would have been. The patties were a little dry, that would happen when a novice mans the grill for the first time.

Cheese slices were not applied to the top and bottom patties to avoid wetting the buns.

The buns should have been toasted, but I was a little cautious at placing the buns directly on the communal grill.

Thousand island dressing was chosen as the base sauce since it best mimics McDonald’s Big Mac sauce. Many people are satisfied by simply mixing ketchup and mayonnaise, but I believe the key is the pickle pieces.

The jalapeno was a last-minute addition and was quite a nice touch, both in appearance and in taste. It provided a sparkle contrasting all the meatiness.

Now that the 7-patty milestone is attained, I will no longer attempt to make burgers with 8+ patties. Given the opportunity, however, I will still participate in giant burger challenges, such as Eagle Deli’s 5lb burger challenge in Boston.

I am finishing my last couple weeks of classes of my graduate studies, so hopefully I will have more time for food adventures once summer starts!

@ LMS (the only mortal who can rival me in eating burgers and pizzas), the ball is in your court, and it is up to you to raise the stakes. 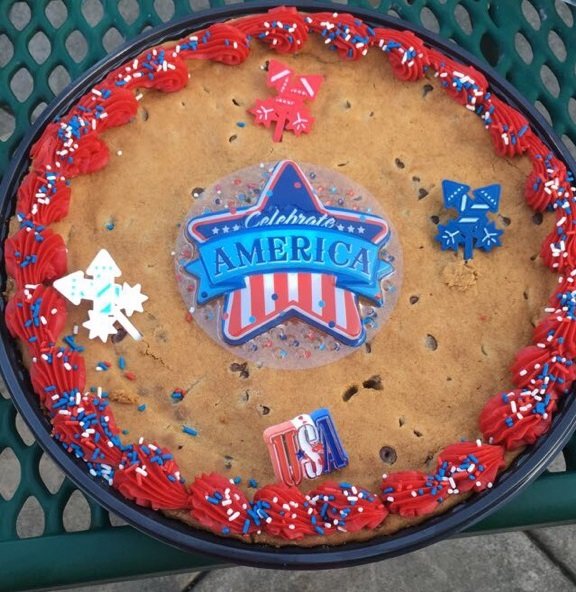 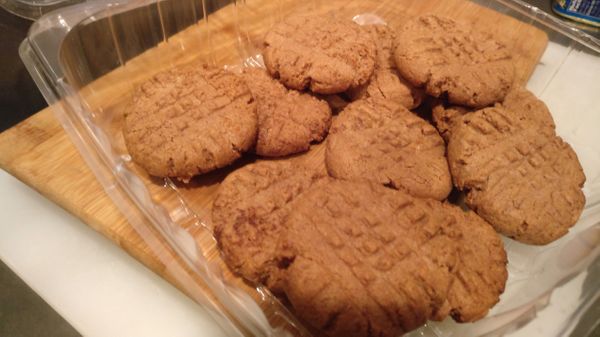 Chef Kubiac shared the legendary three-ingredient peanut butter cookie recipe earlier in April, which is one of my favorite cookies recipes of all time. This is a variation on that, 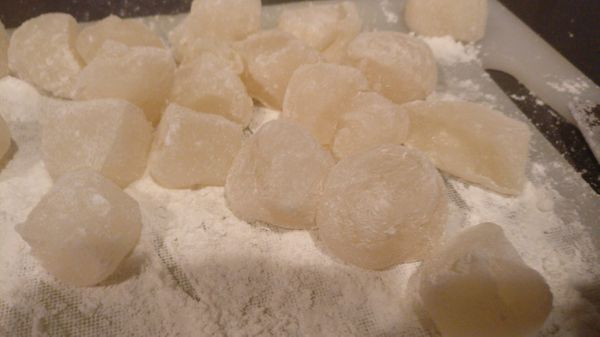 There are days when I crave something soft, chewy, and only slightly sweet. Mochi is the only thing that fits. Ingredients 1/2 cup sugar (more if you prefer your