It appears healthy snacks – sugarfree, less oil, what have you – have been explored multiple times on this blog by different Quantum Lion members. This makes me feel guilty about my 24/7 craving for the king of junk food - Lay’s Sour Cream & Onion Potato Chips; I would shamefully consume one of these bad boys in one sitting. 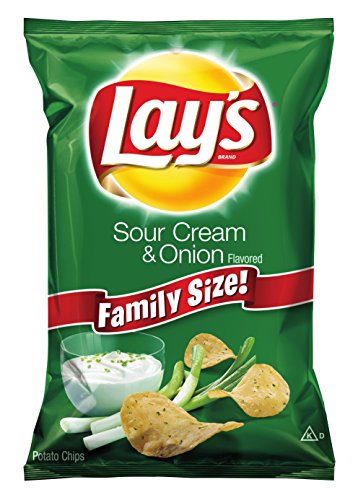 In the Colonel's words, "it's finger lickin' good."

But my belly needs to stop growing, and I need to look for other means to quench my hunger at work or at home.

The following account describes my search for an alternative for my dearly beloved. Three baked snacks were explored, and each was evaluated on its potential to become THE replacement snack.

The recipe is adapted from here.
Ingredients

Flour and salt were mixed placed in a stand mixer bowl. Butter was slowly incorporated into the mixture, which was mixed at low speed. Yogurt was stirred in, followed by the cold water until a dough texture was obtained. 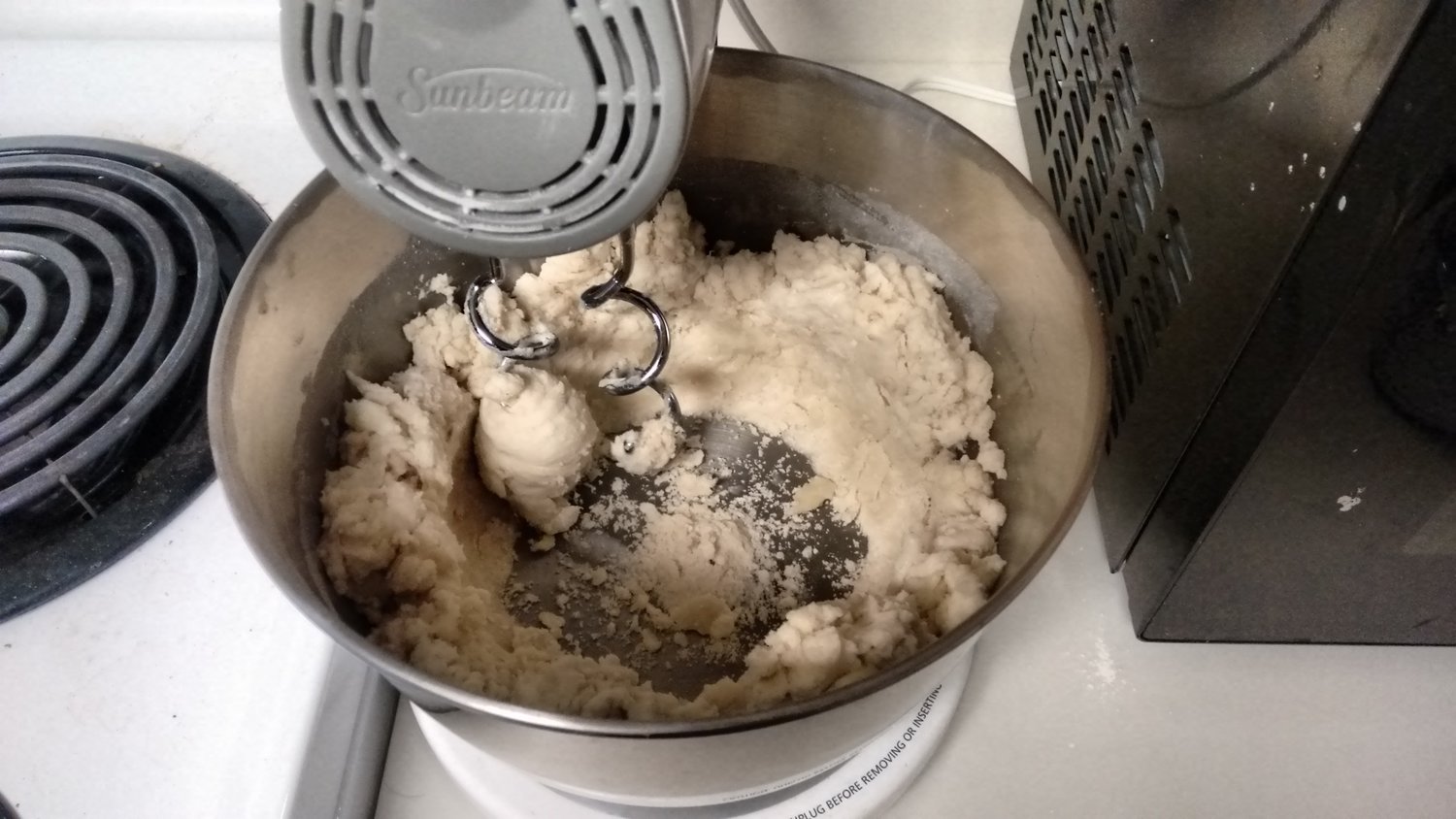 The dough was rolled out to about 1/8” thickness, and circles of various diameters (6 to 8 inches) were cut out. 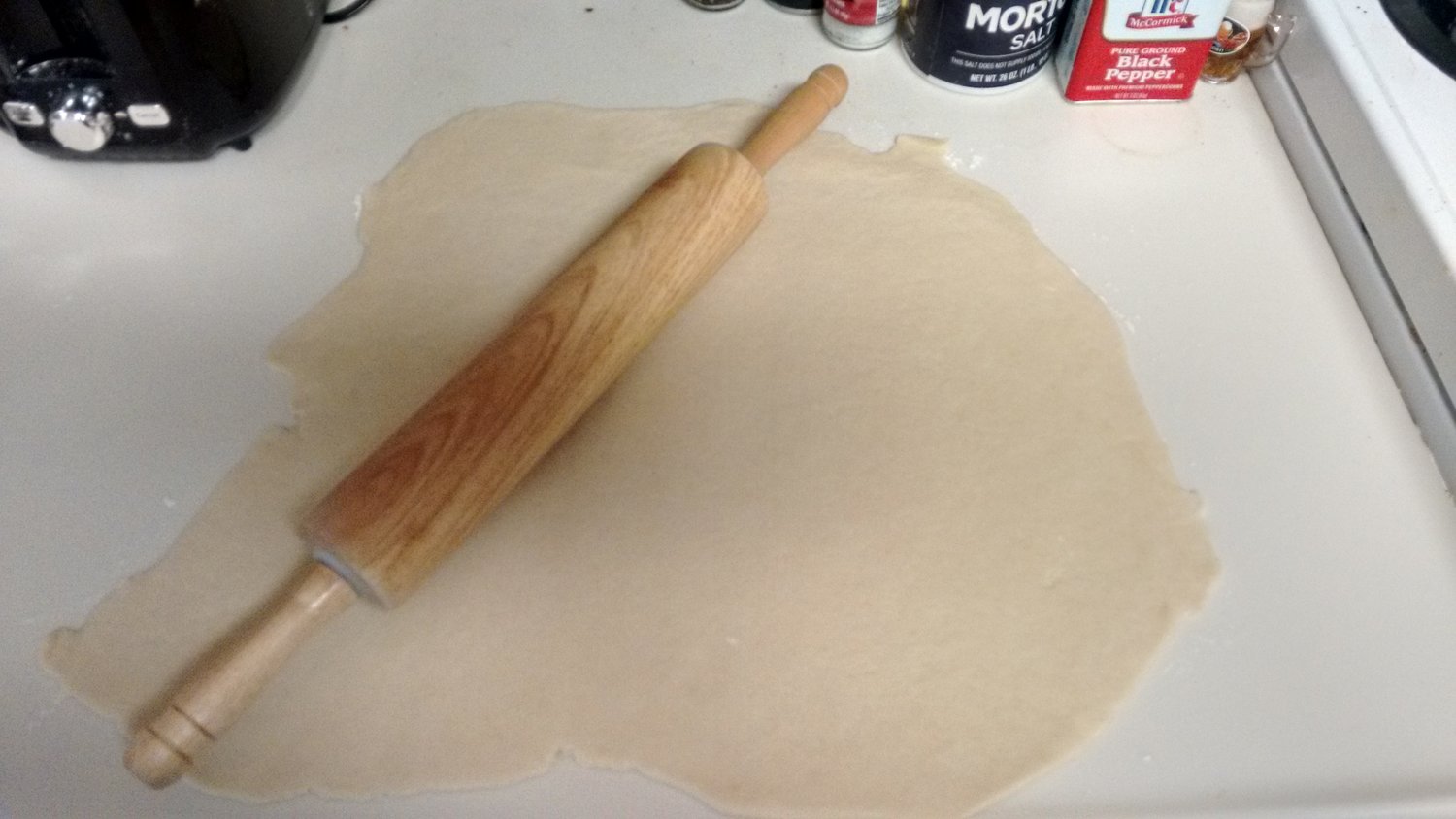 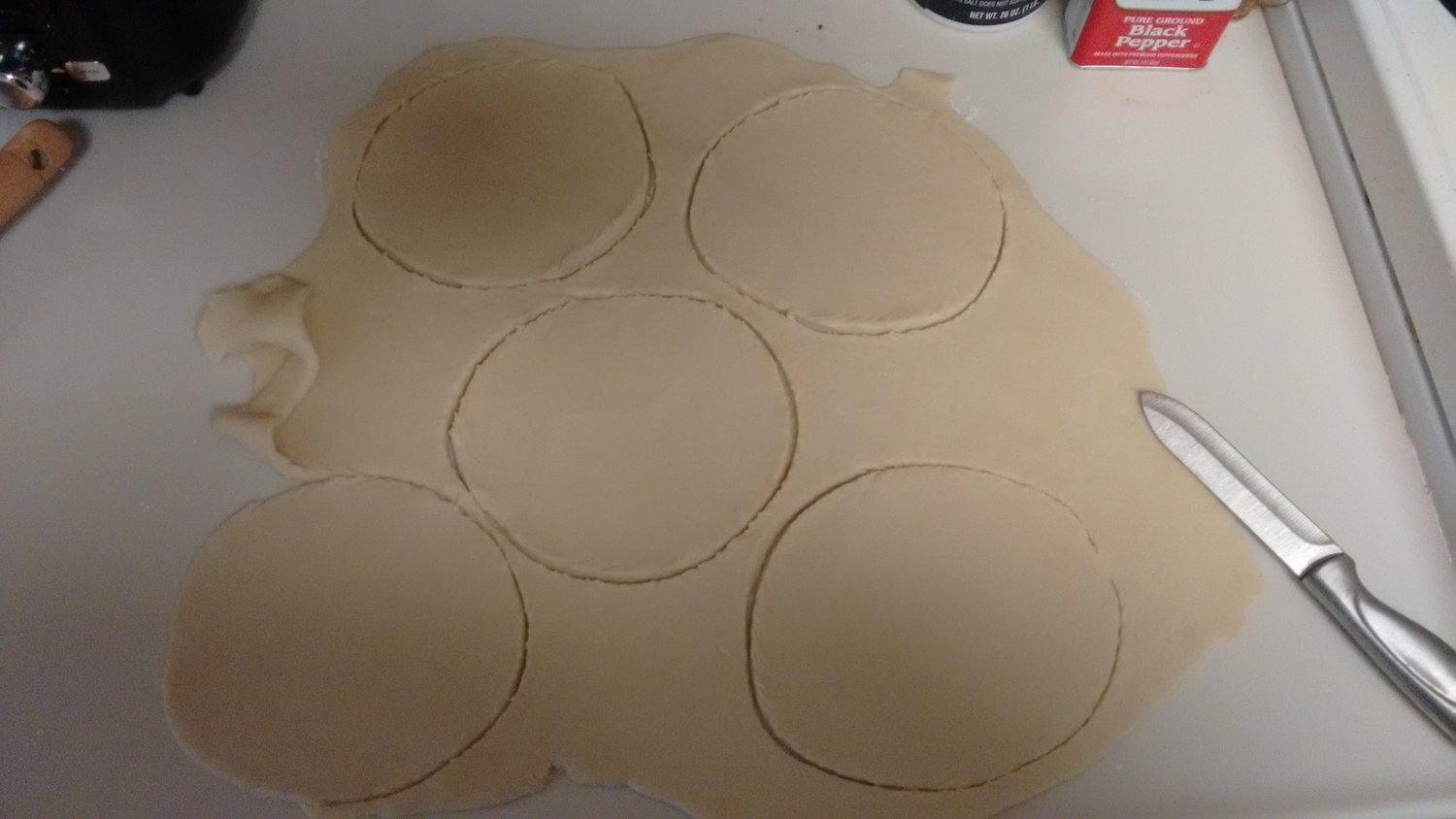 In the meantime, the bananas were crudely chopped. 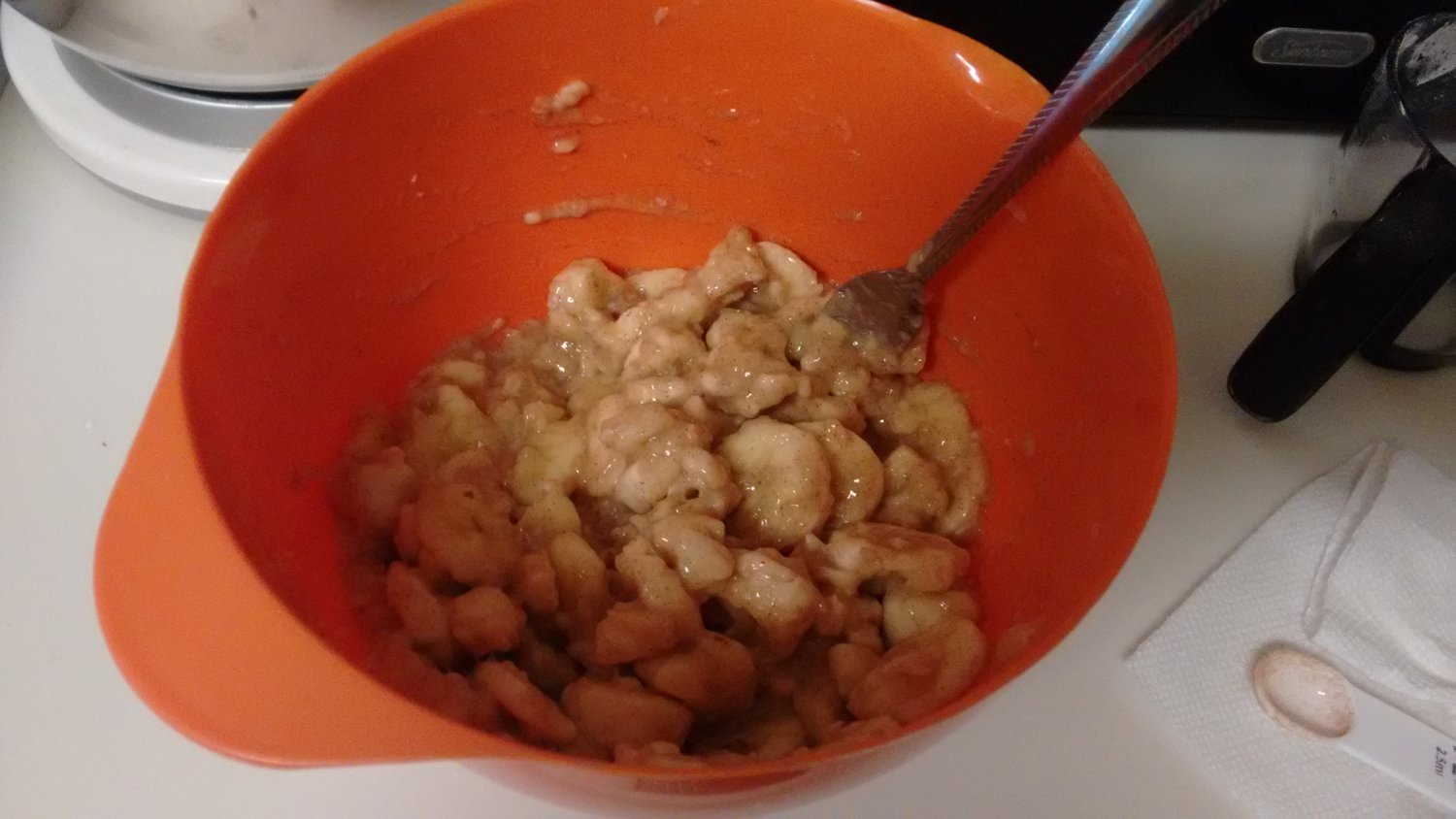 The banana mush was added to each dough circle, topped with semi-sweet chocolate chips. 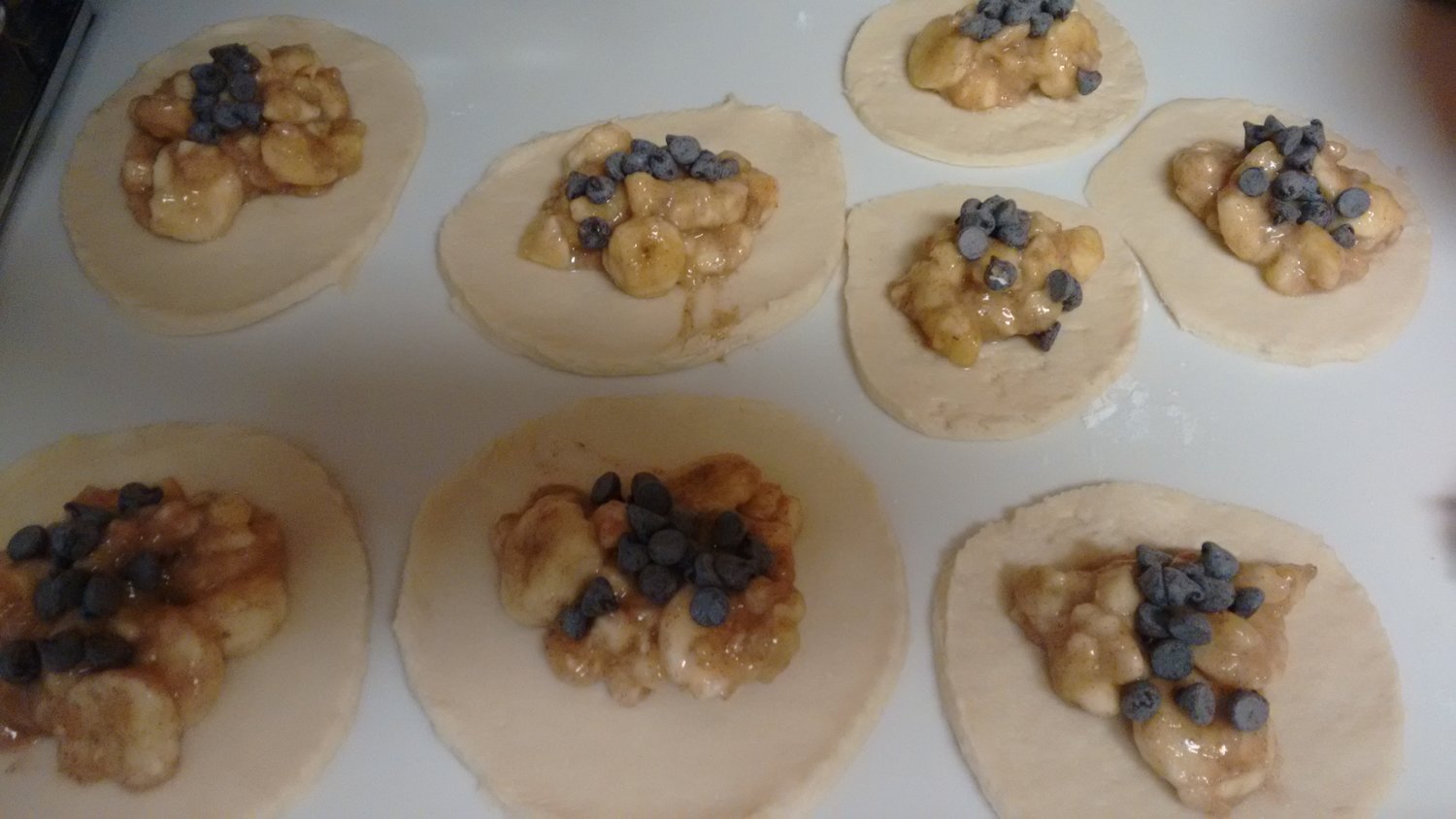 To make an empanada, the dough circle was first folded in half, and the circular edge was tightly pinched and sealed. The edge was then folded over, and pinched again. 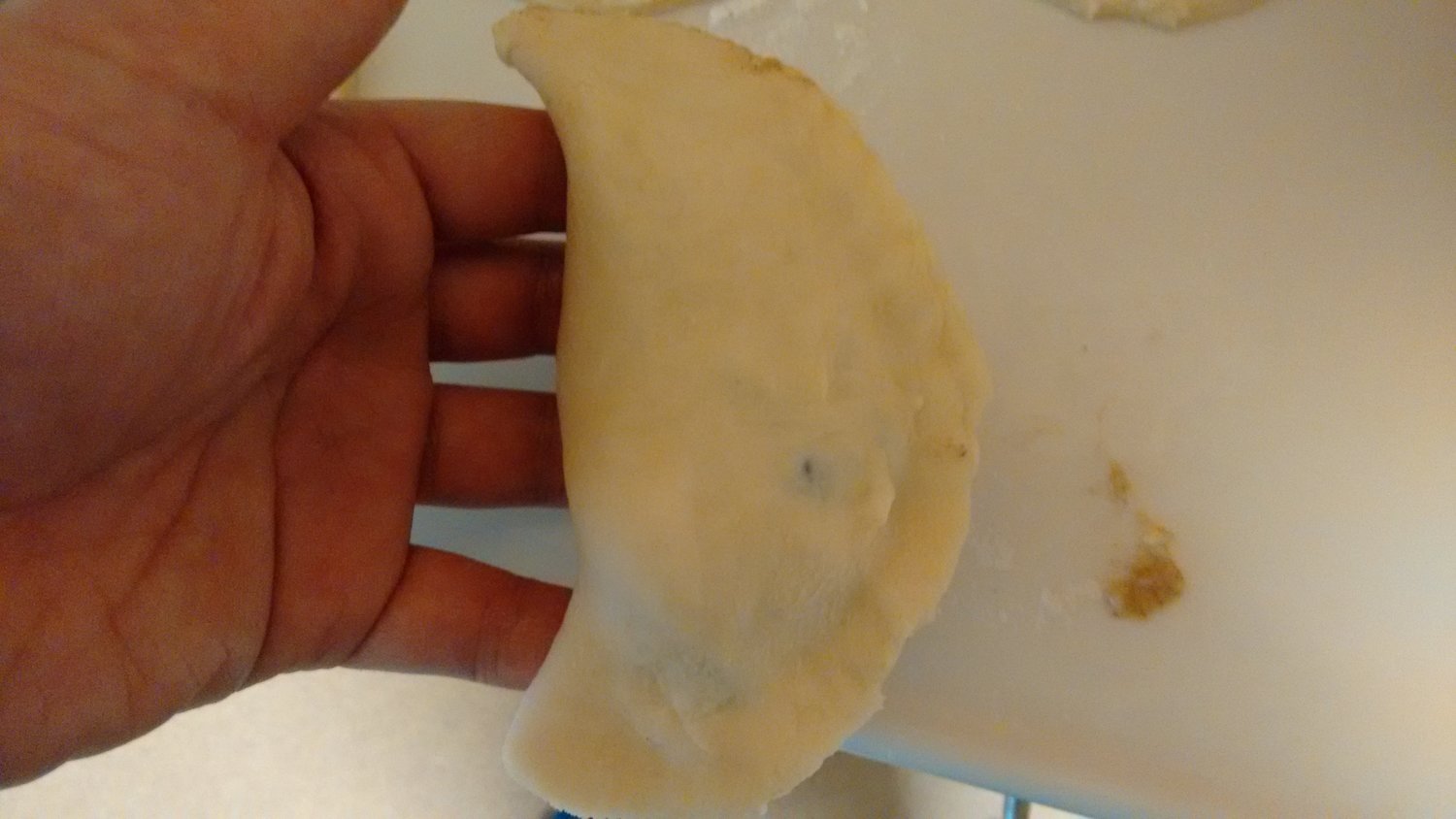 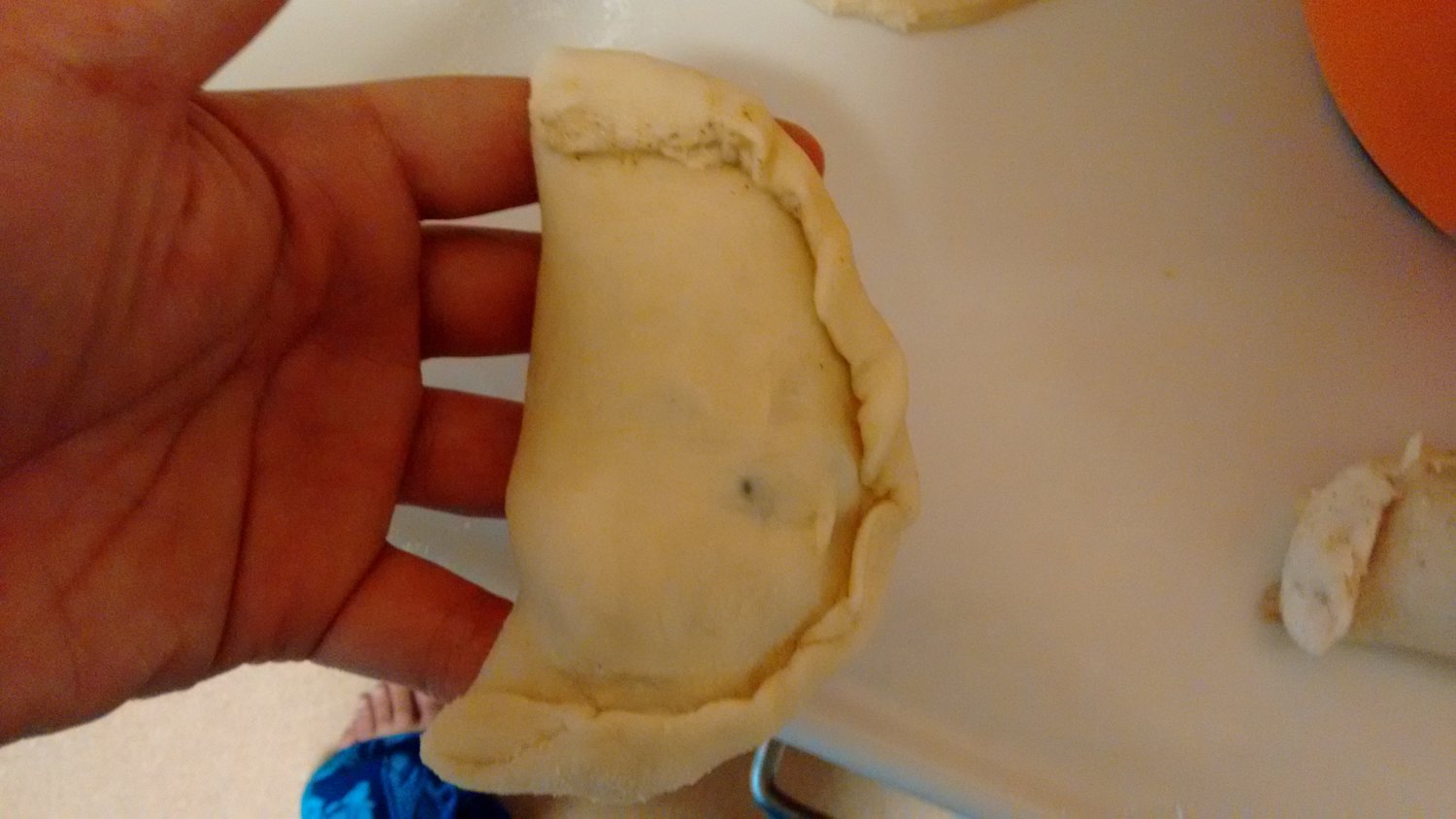 Patterns were cut using a fork to give these empanadas some aesthetic appeals, and an egg white/water mixture was brushed over the top using a napkin. 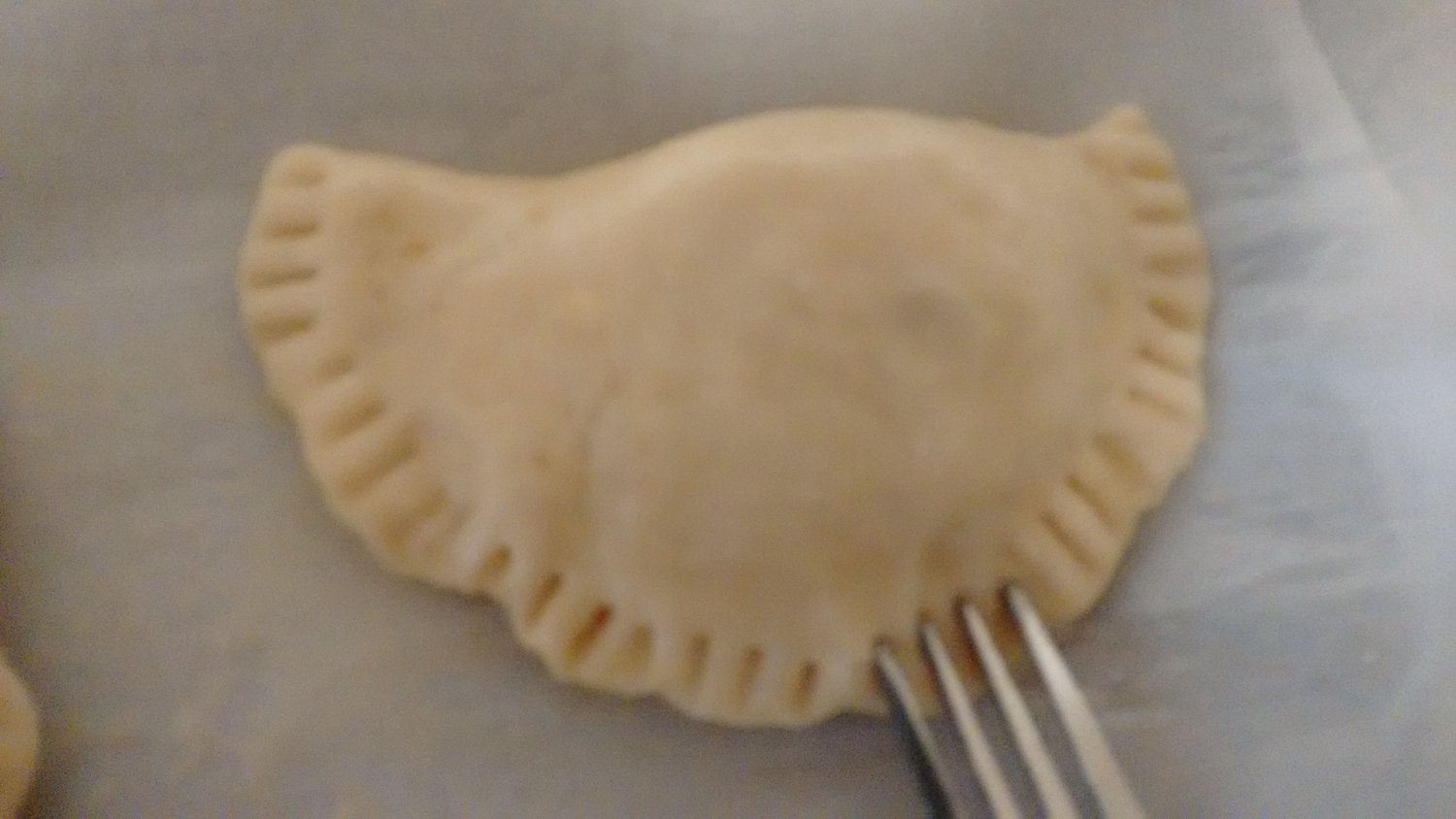 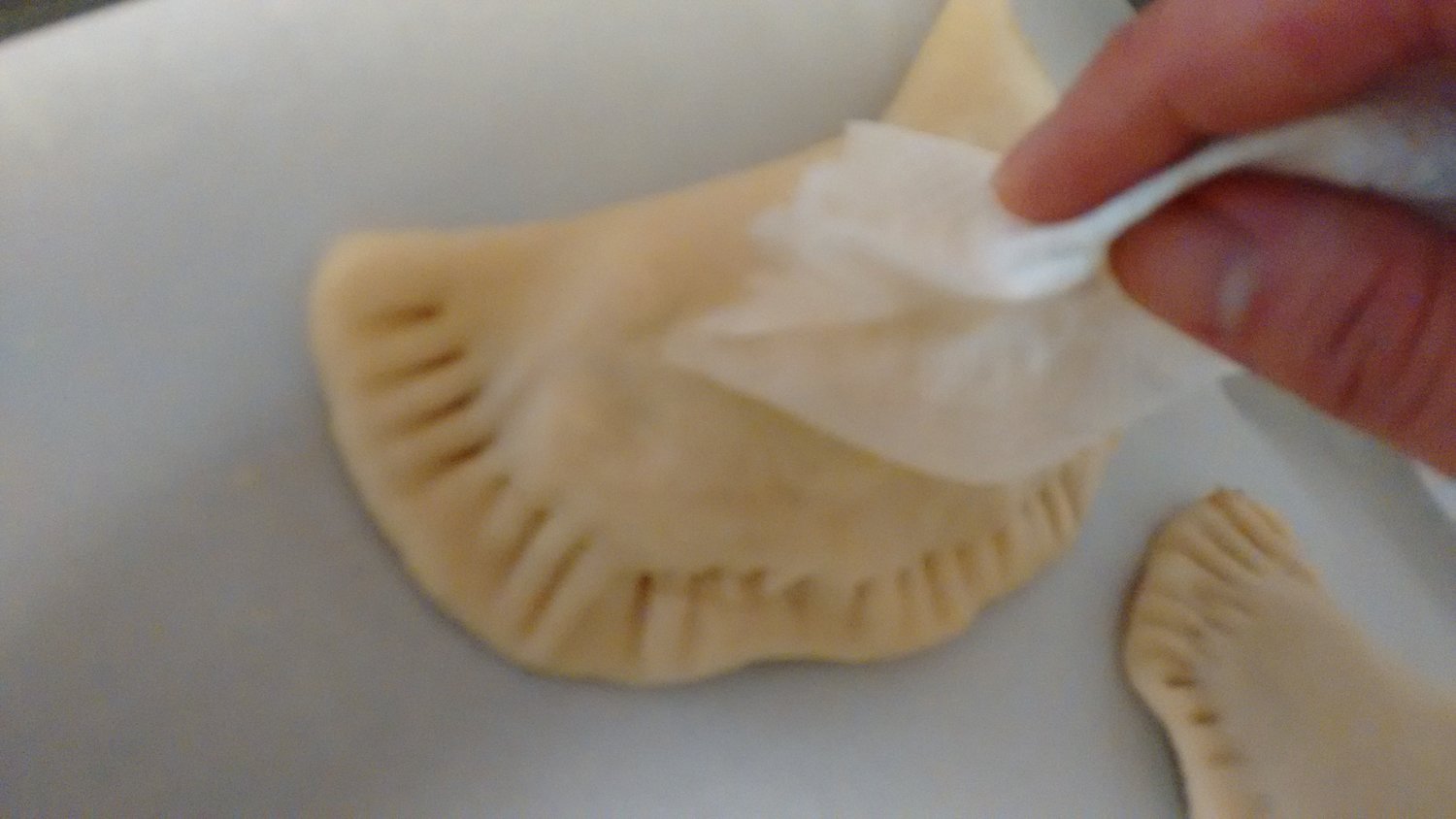 The empanadas were baked for 30 minutes in a preheated oven (425F).
Pre-baked: 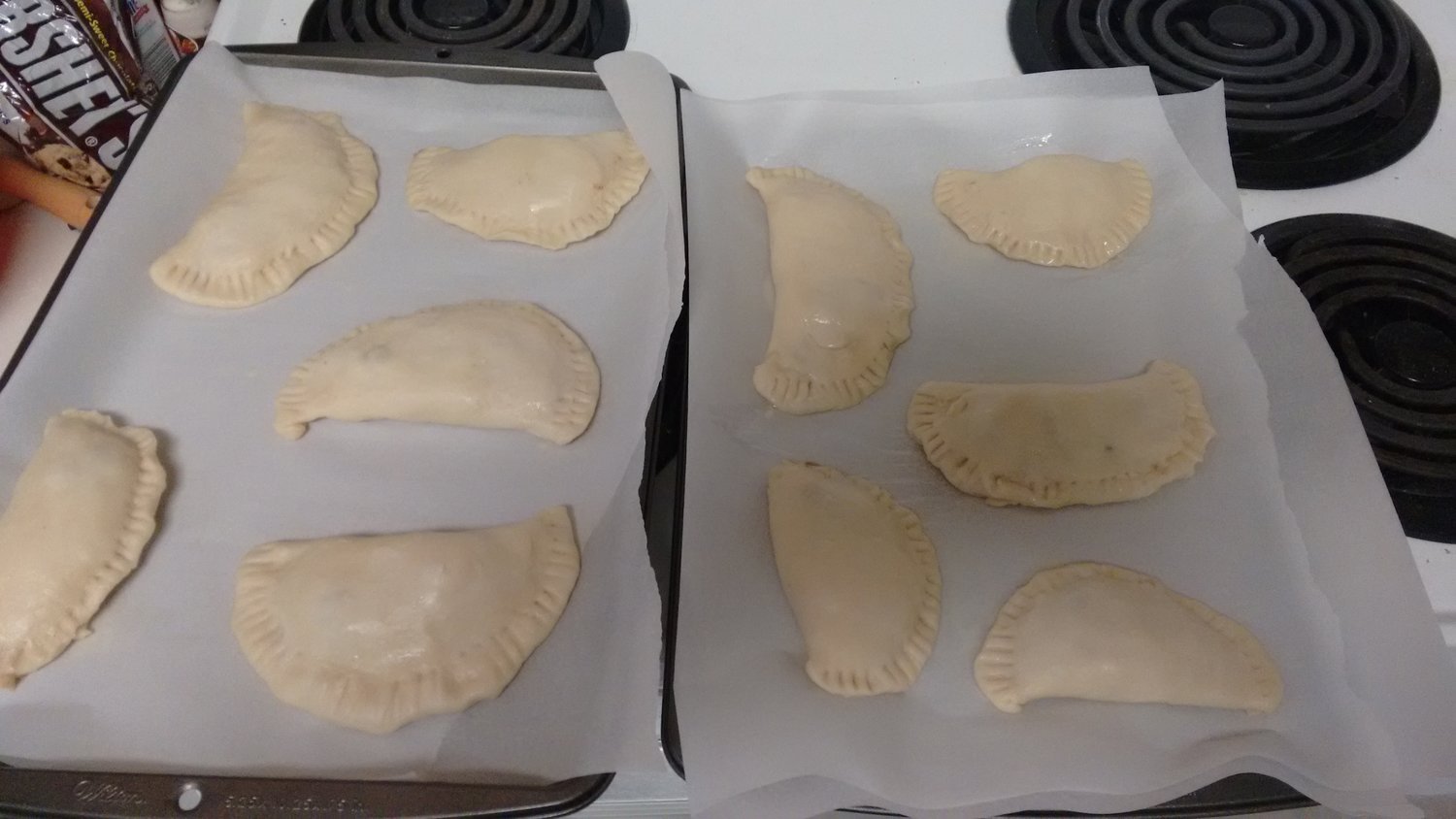 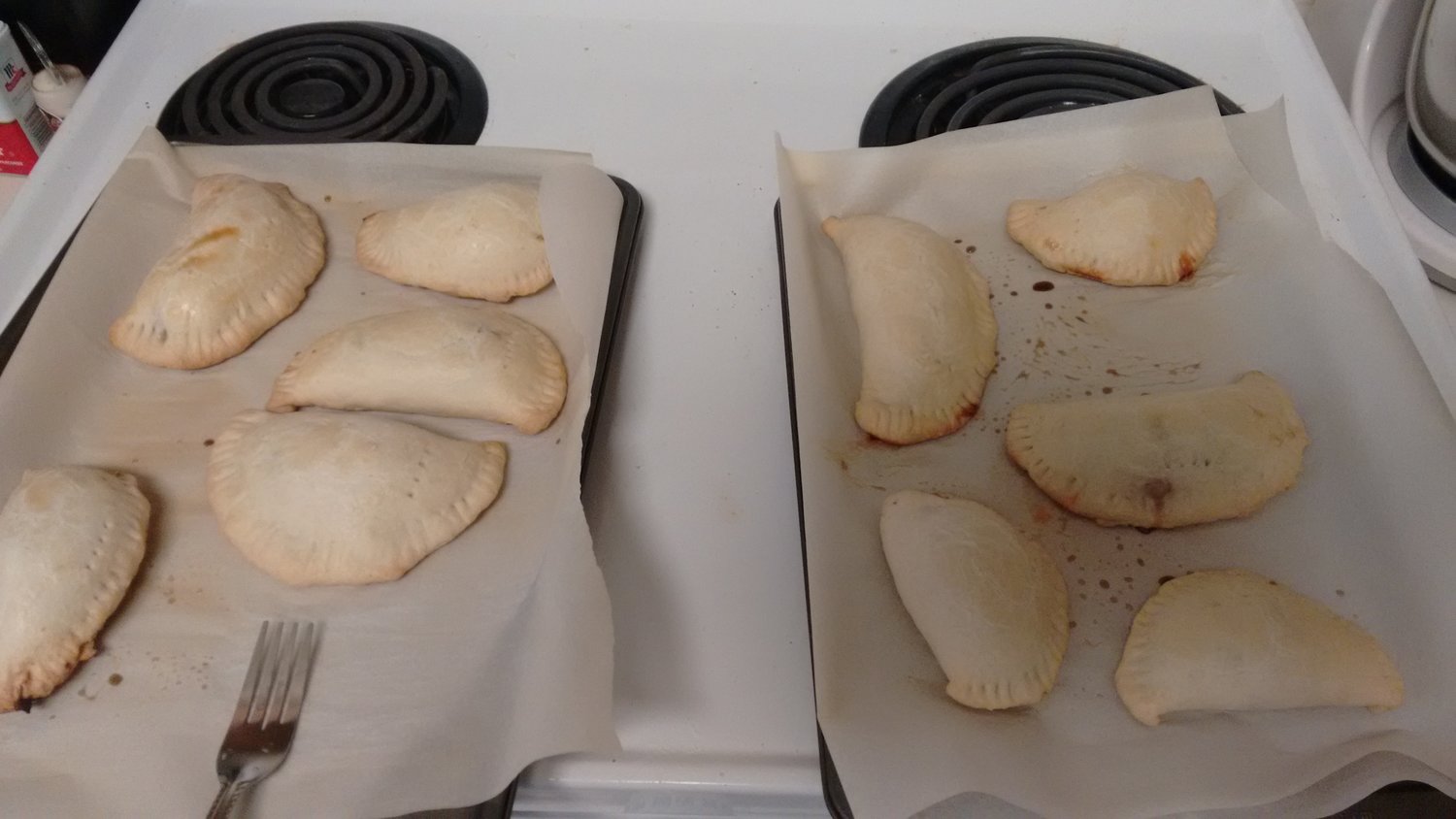 These empanadas were quite delicious. Empanadas with any filling (even non-fruits) could be prepared using this method, although the filling should not be too wet in nature. I added the chocolate chips in the spur of the moment; I would highly recommend adding way more than shown in the picture above (it seems like I constantly underestimate the amount of chocolate chips added).

Dough circles of all sizes baked to nice crust after 30 minutes, but it was much easier to fold smaller dough circles. In addition, more than 3/4” space from the edge should be left clear when adding the crushed banana and chocolate chips. Excess dough on the edge could be trimmed.

I do not own a brush for cooking purposes, so I figured I could use a napkin (or multiple ones, as it turned out) to brush the empanadas’ top. It worked well, but I wish I had more egg wash brushed on them.

After 30 minutes, the top was still not golden brown, but I feared the bottom would start burning. Next time I would use a whole egg or the egg yolk (instead of just the egg white) mixed with water to brush the top. 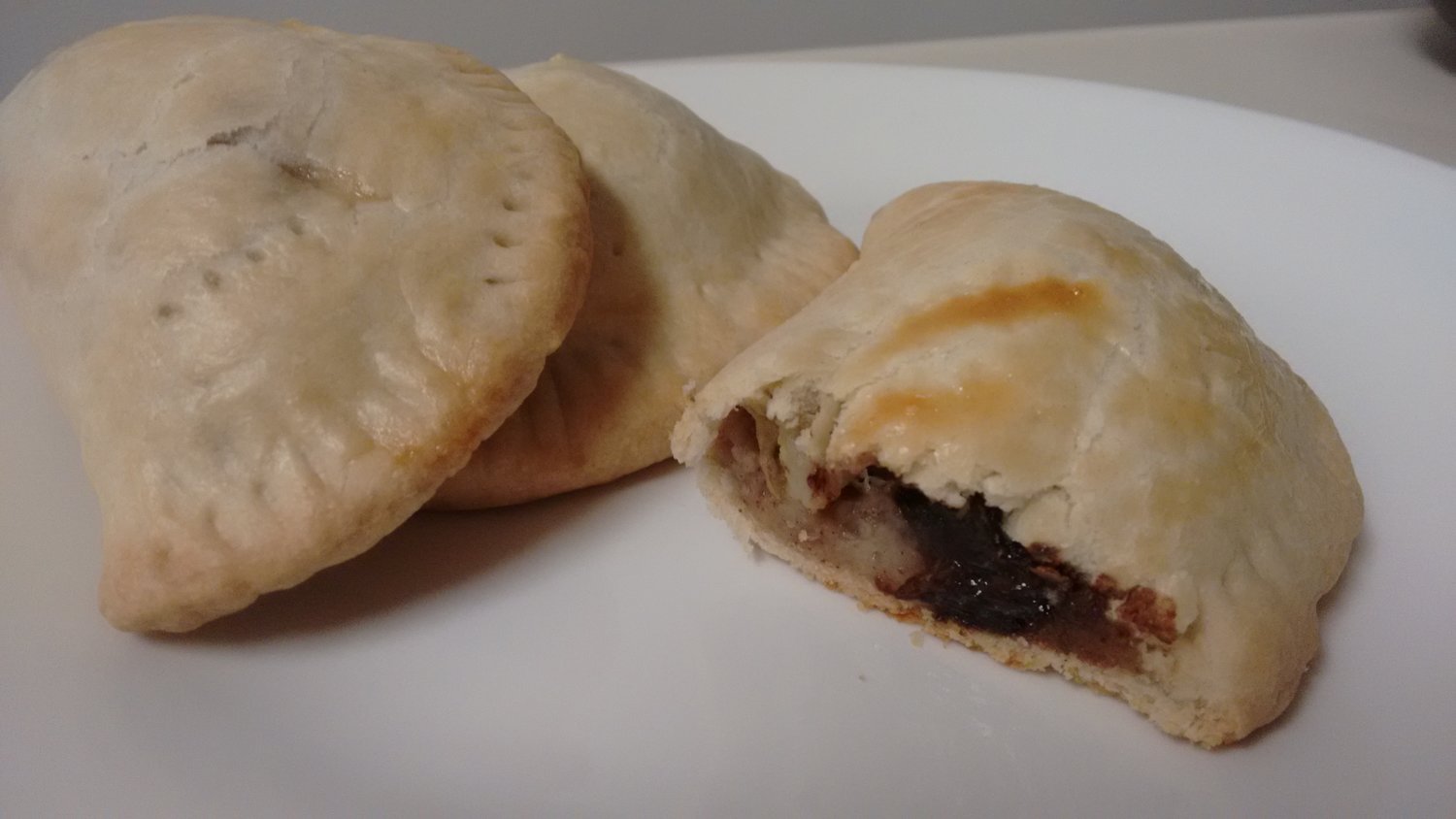 Yes, banana empanadas were definitely a legitimate replacement for sour cream & onion chips, but it was a bit of an effort to make them. 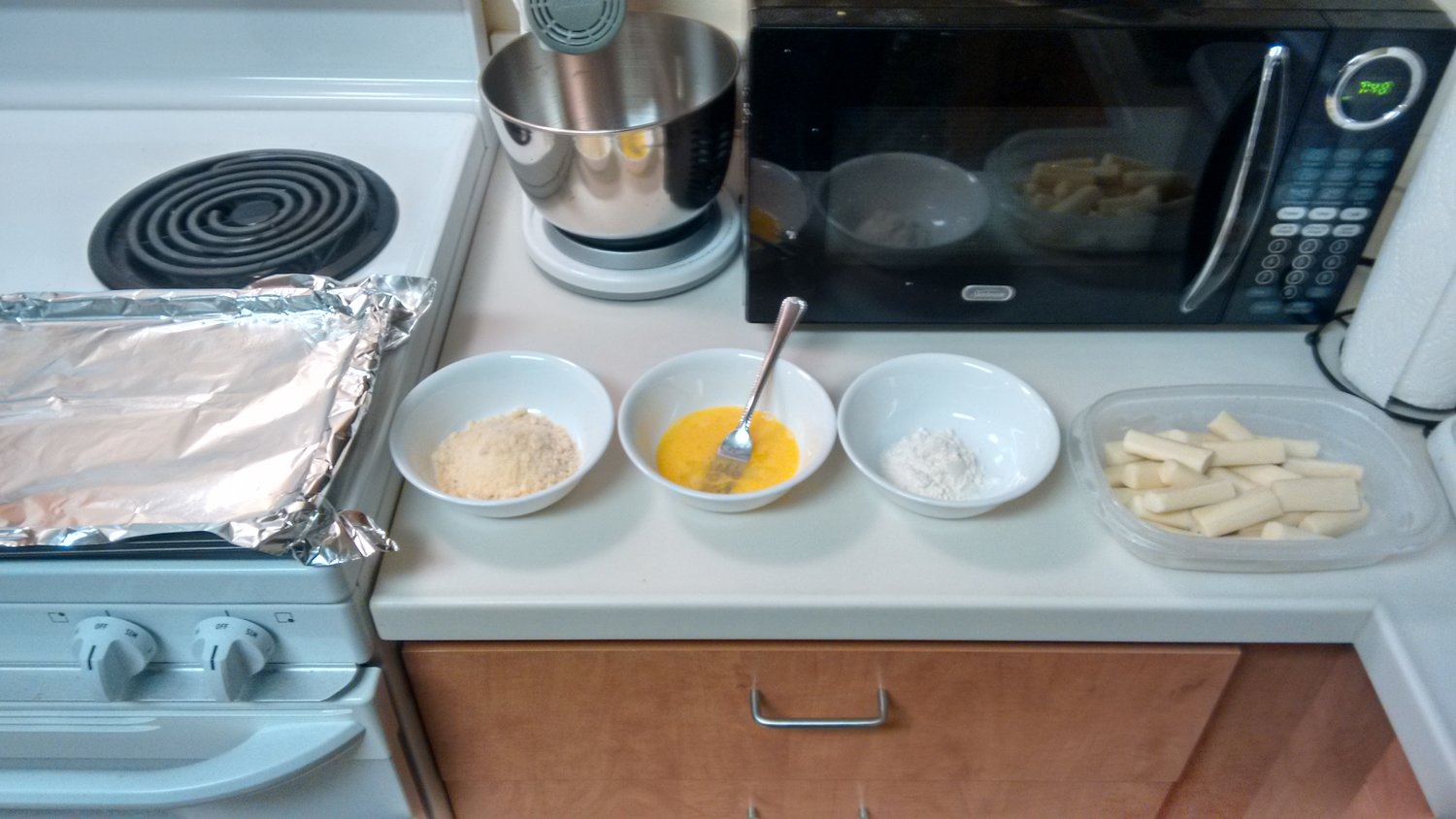 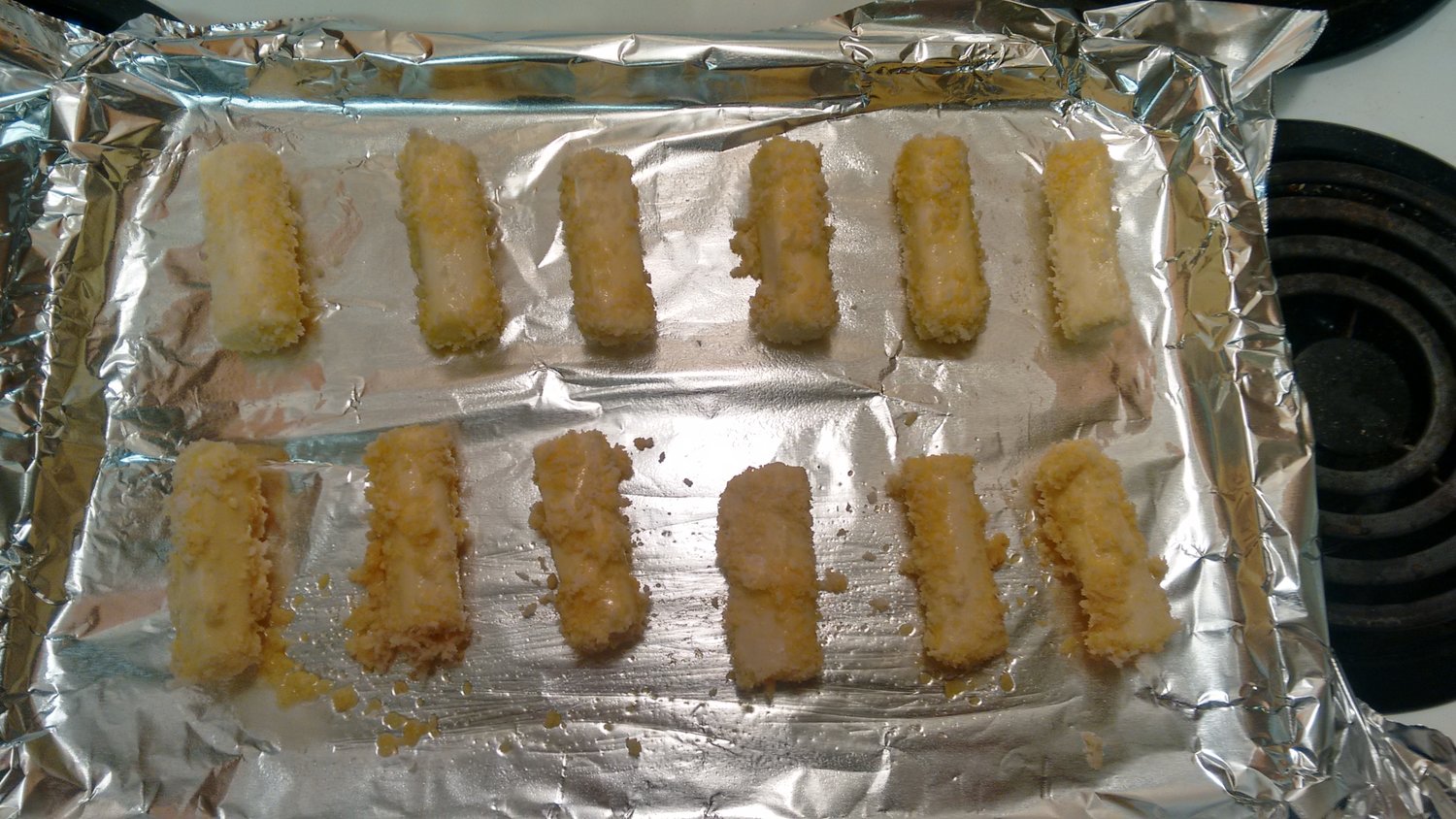 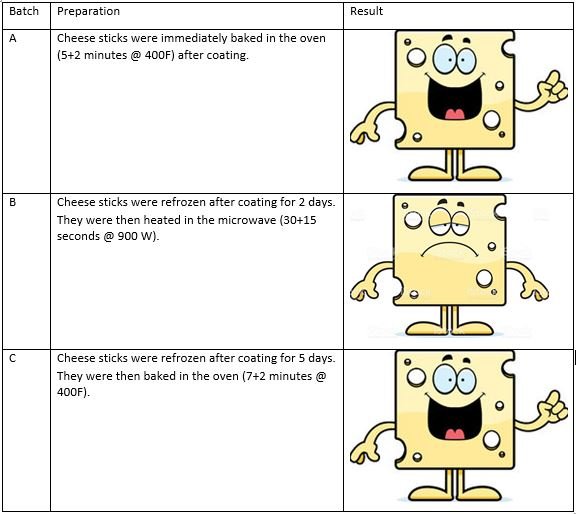 To prepare the coatings, I would highly recommend tripling or quadrupling the amount of bread crumbs/Parmesan cheese. In fact, this should be the rule of thumb when one is preparing a Parmesan coating. 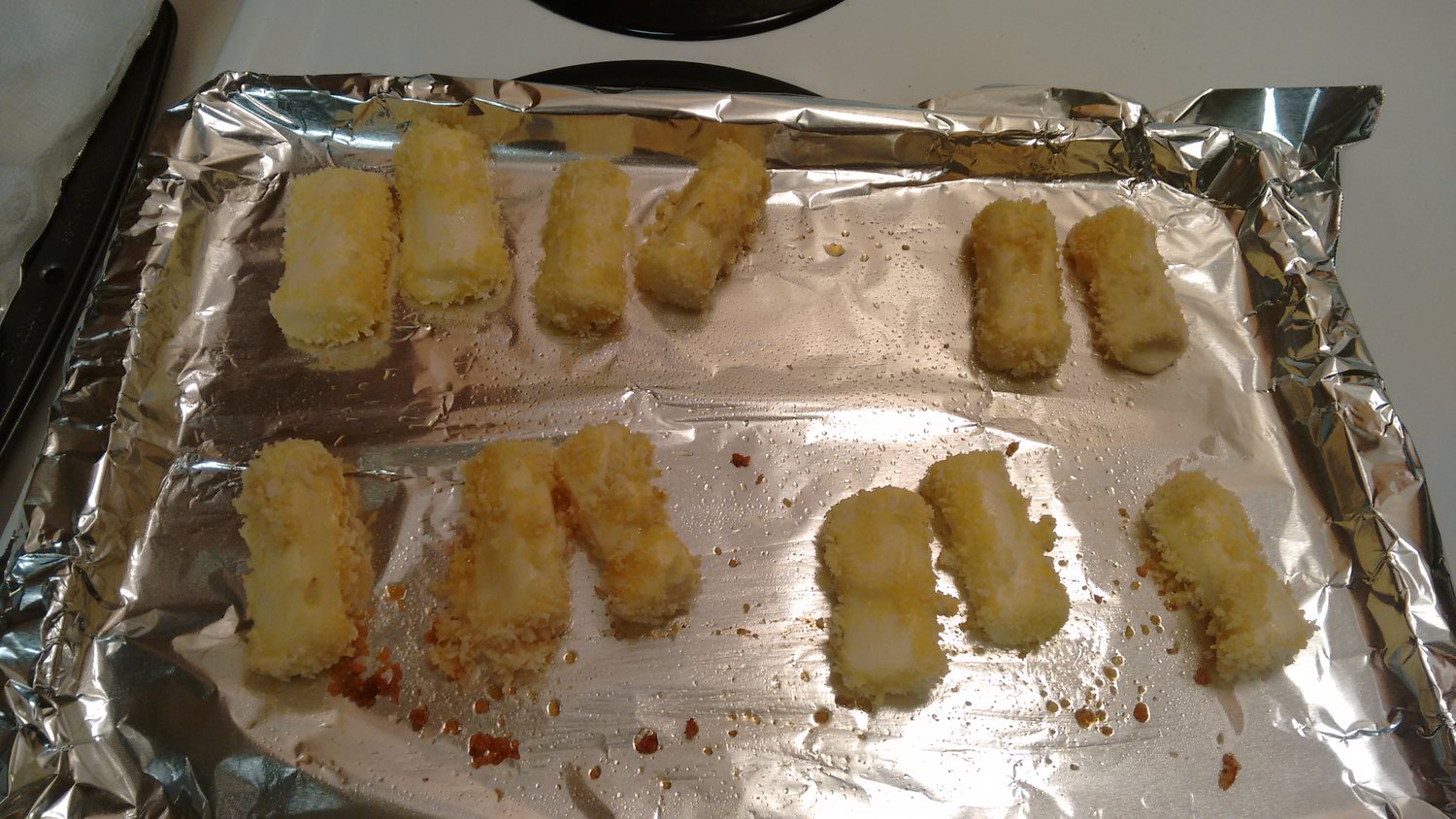 In Trial B, the cheese sticks were refrozen after coating. They were removed from the freezer 2 days later, and were immediately heated in the microwave (900W) for 30 seconds. The cheese sticks close to the middle of the microwavable plate partially melted, while the ones closer to the plate edge were still cold. 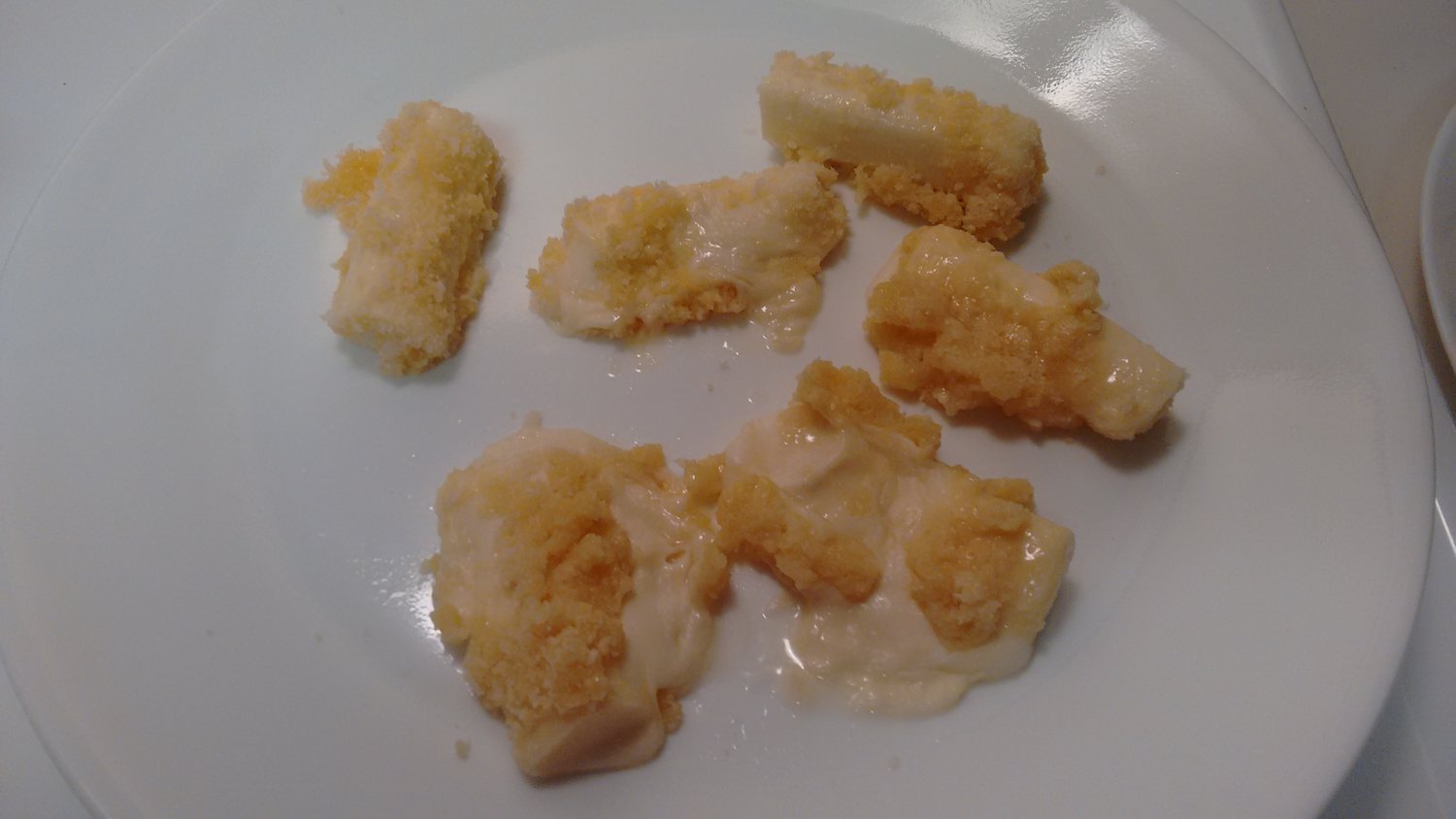 After another 15 seconds of microwaving, most of the cheese sticks unfortunately melted. 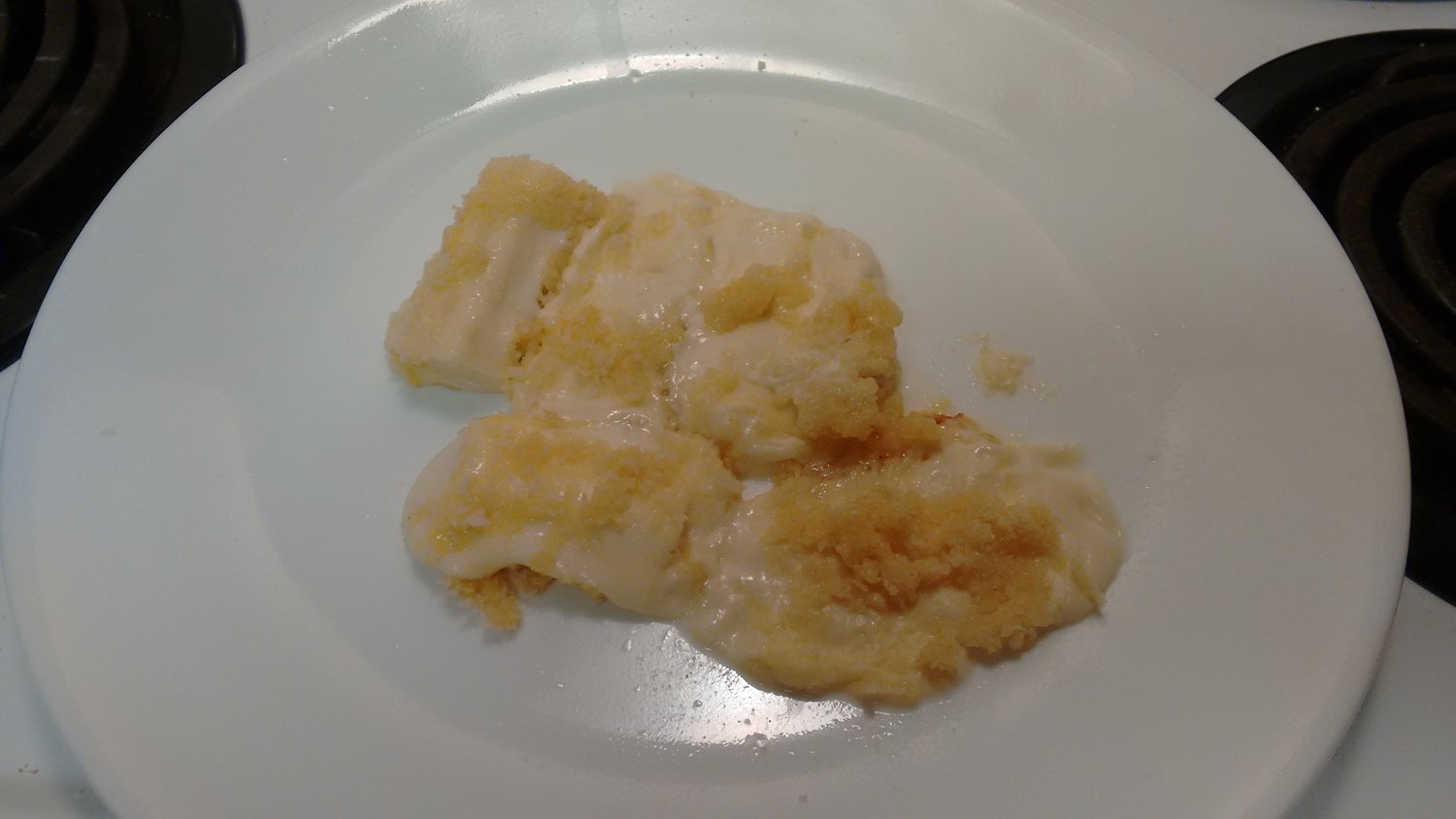 In Trial C, the cheese sticks were refrozen after coating. They were removed from the freezer 5 days later, and were immediately placed in an oven preheated at 400F. They were initially baked for 7 minutes (the time determined in Trial A), but the inside of the cheese stick was still just lukewarm and not melted. They were baked for an additional 2 minutes, at which point they tasted quite delicious: the coating was crisp, and the inside was melted. 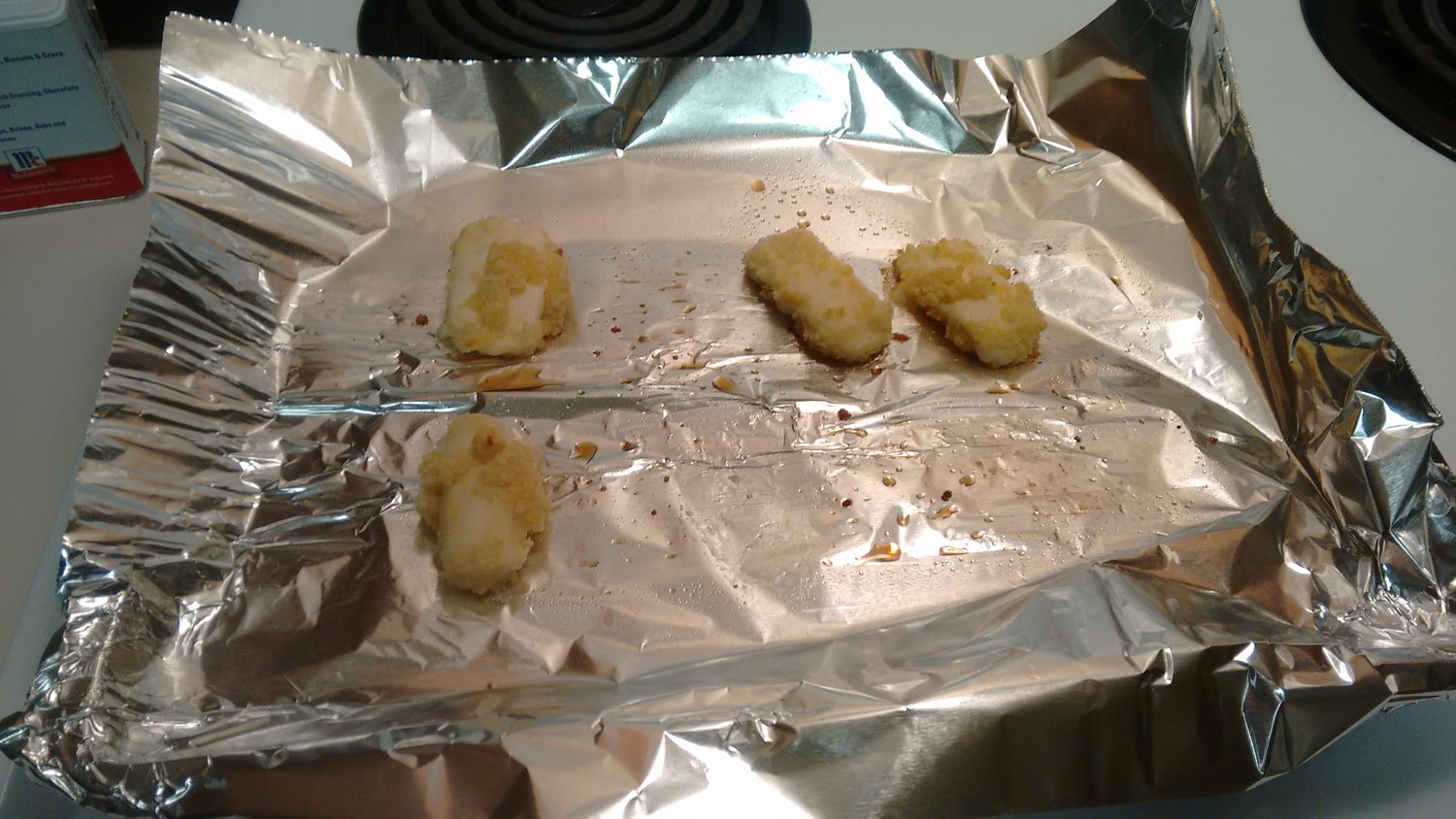 Two separate cheese sticks from Trial C are shown below. The top is shown on the left, and the bottom (touching the aluminum foil) is shown on the right. The bottom attained a more browned color and a crispier texture. I would recommend flipping the cheese sticks halfway through the baking time to obtain even coloring and texture on both sides. 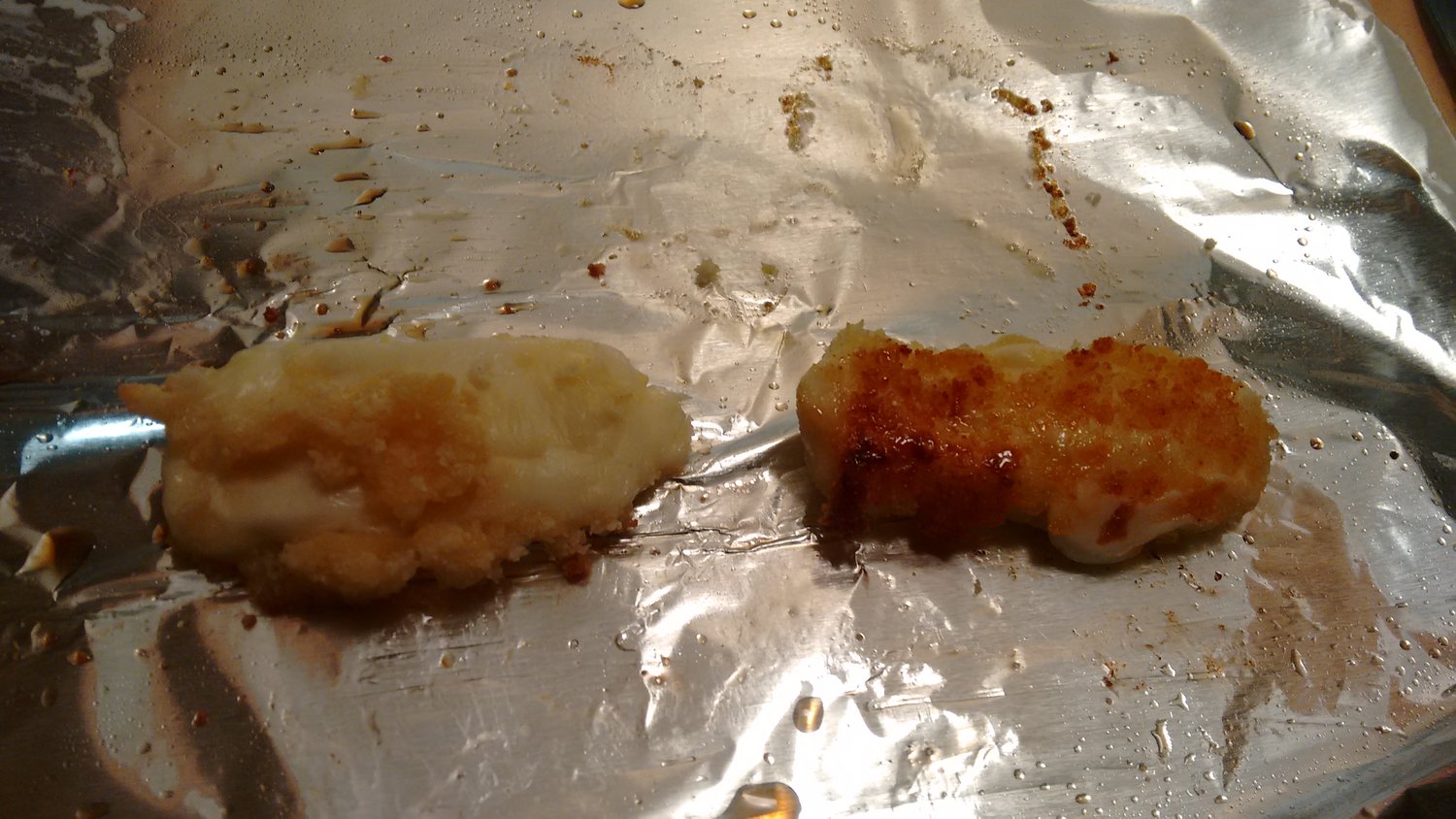 Yes. While the calorie count is shockingly high (~60 cal per cheese stick), they are quite filling; I had 6 in one sitting and I got quite full. Therefore, it is difficult to eat too many of them. Additionally, the success of Trial C proves that a large patch could be prepared and stored in the freezer. The amount of coating mixture and improved coloring/texture are to be investigated.

The recipe is adapted from here.
Ingredients

A russet potato was sliced cross-wise; the thickness of the slices range between ~ 1/8” and 3/8”. The slices were seasoned with salt on both sides, and were placed on a paper towel to dry off the moisture. Another piece of paper towel was placed on top of the potato slices. The drying process took 1 hour. 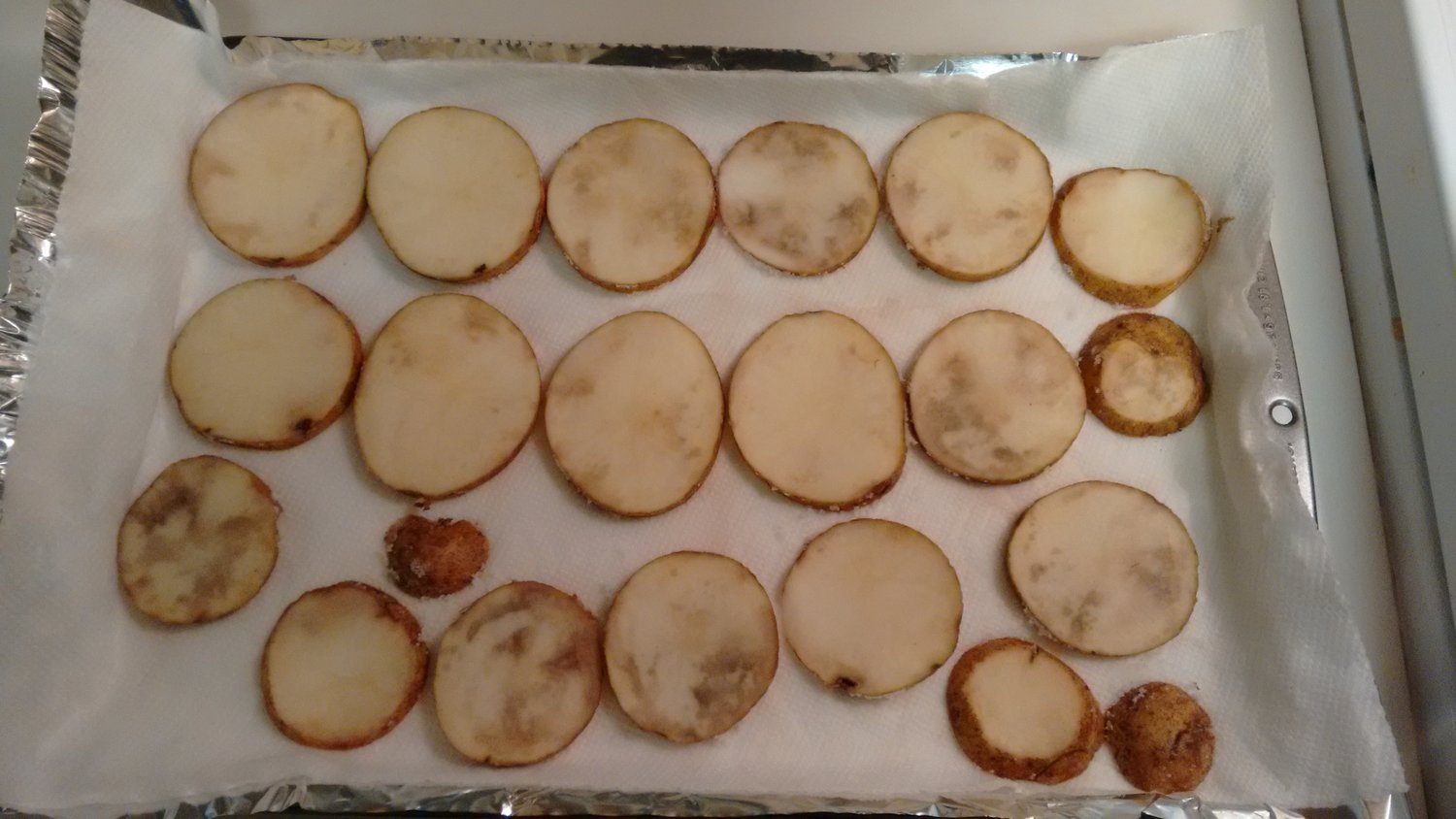 After the potato slices were thoroughly dried, they were placed in a large bowl with the olive and cayenne pepper. The slices were tossed and well covered with the spices. 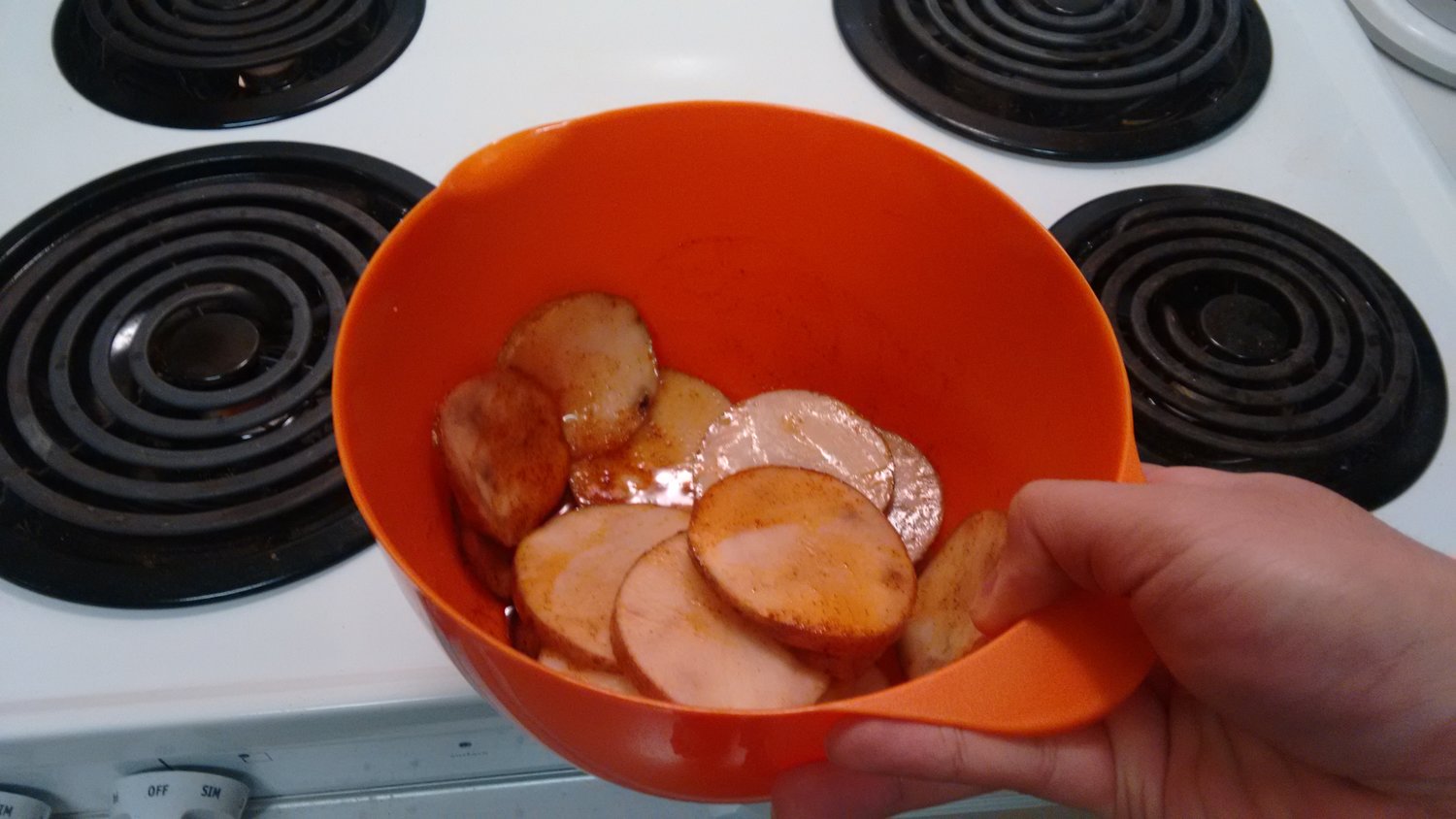 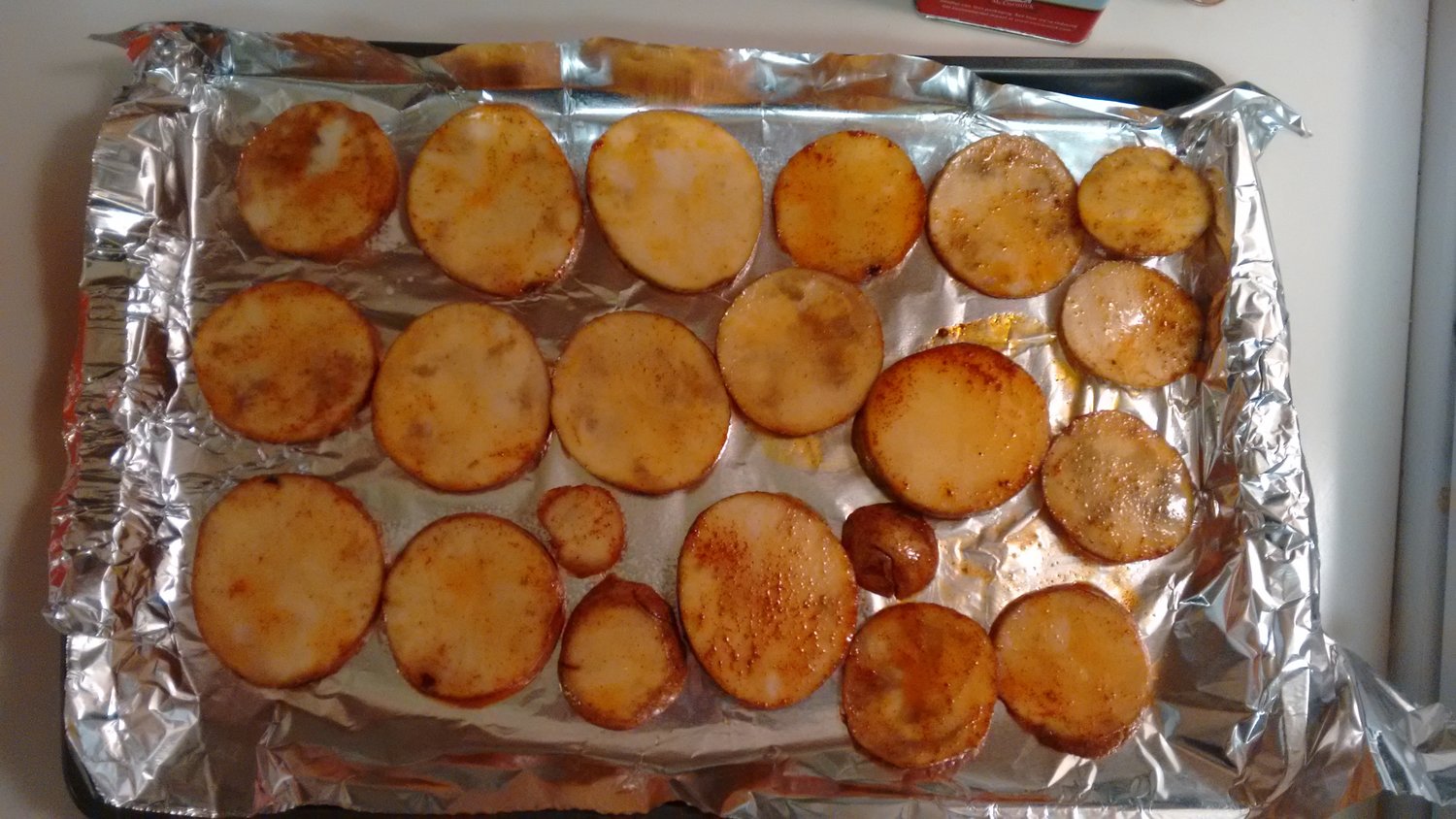 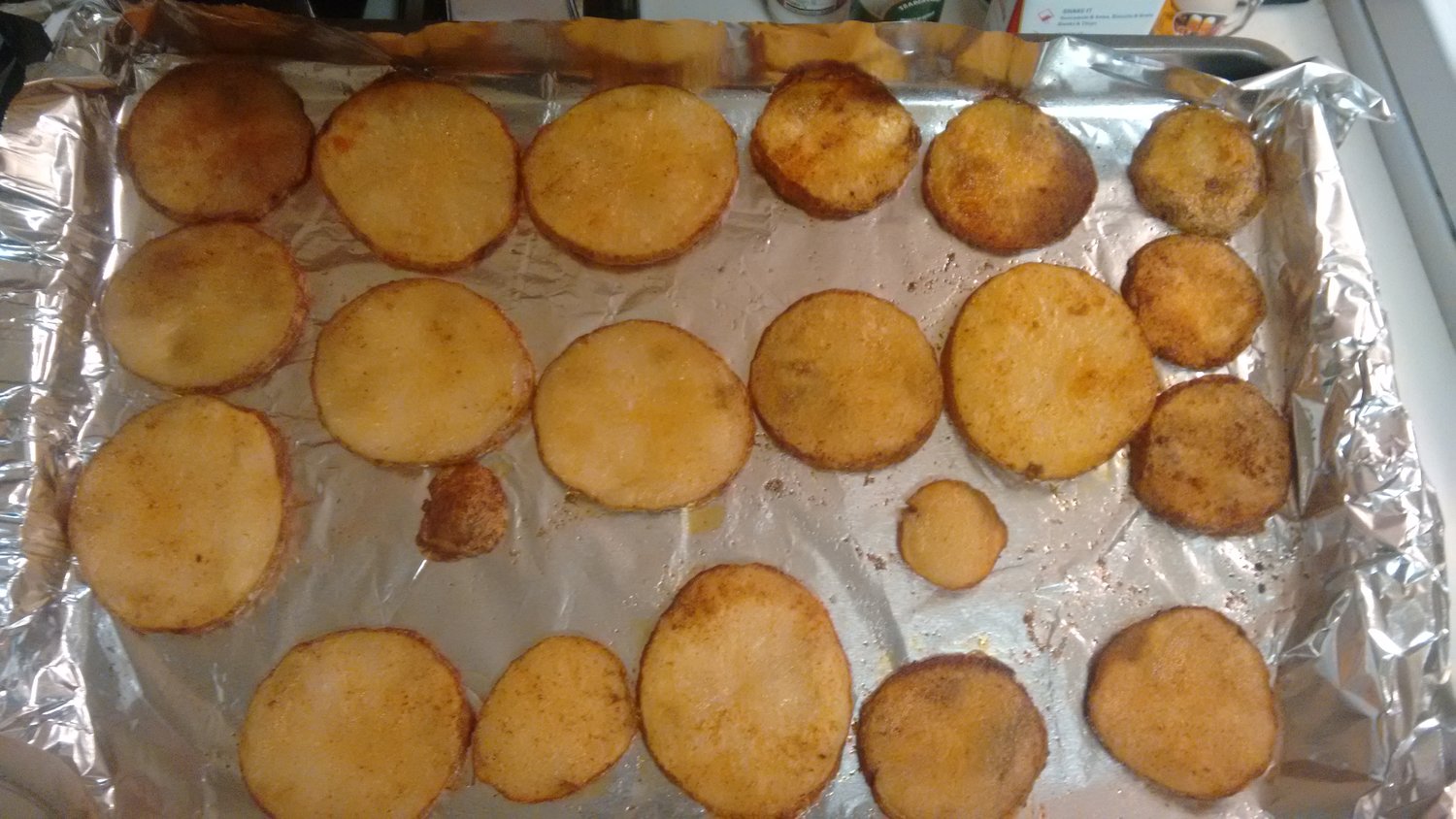 The chips were serve with the egg casserole I made a couple days ago. 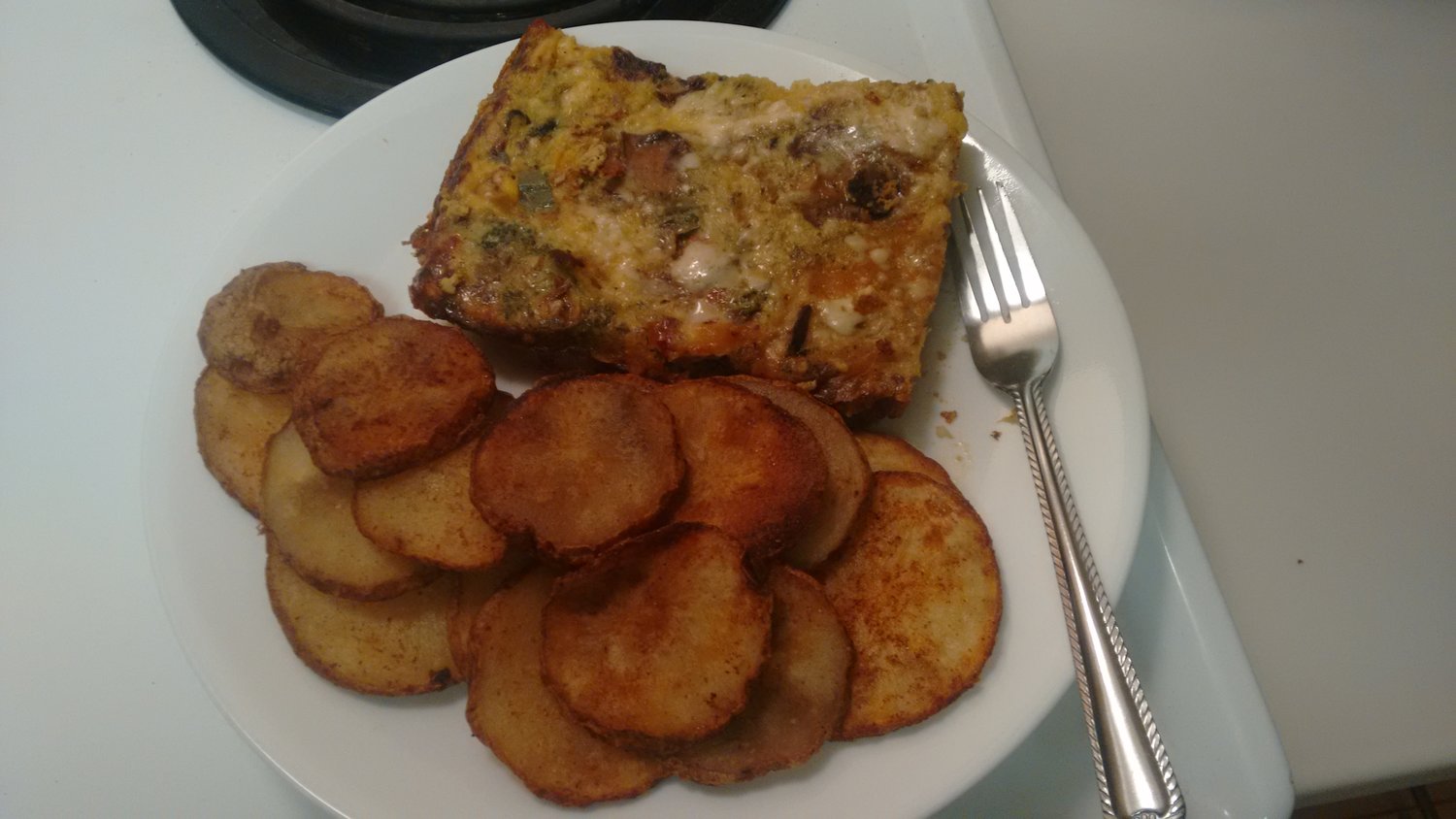 These potato chips were quite excellent. However, I would recommend the following changes.

Yes, baked potato chips are healthier than fried ones as long as a small amount of spices and salt was used. The sour cream & onion flavor is definitely worth pursuing. 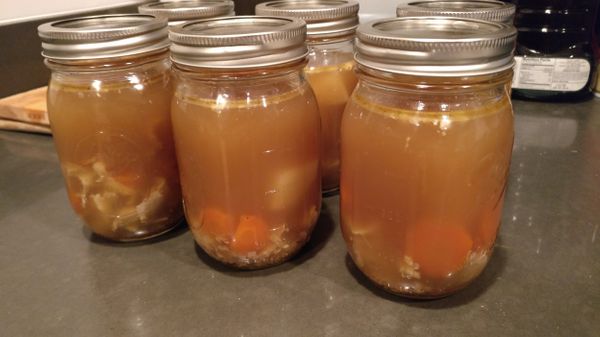 Growing up in Cantonese kitchen, it's part of the culture where every meal starts with a bowl of clear soup. Sometimes it's more intentionally made from simmer bones for ages, 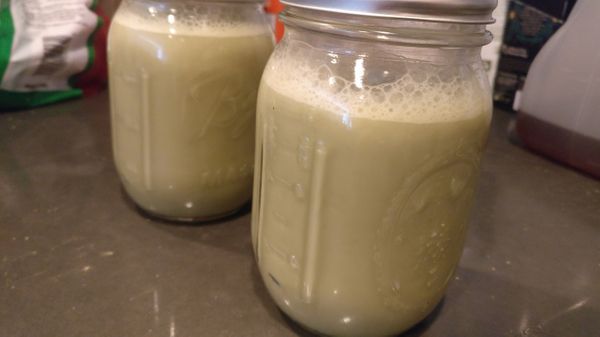 Though normally not a milk tea type of girl, I've been obsessed with matcha lattes ever since I shared one from Boba Guys with my SO in February. I have