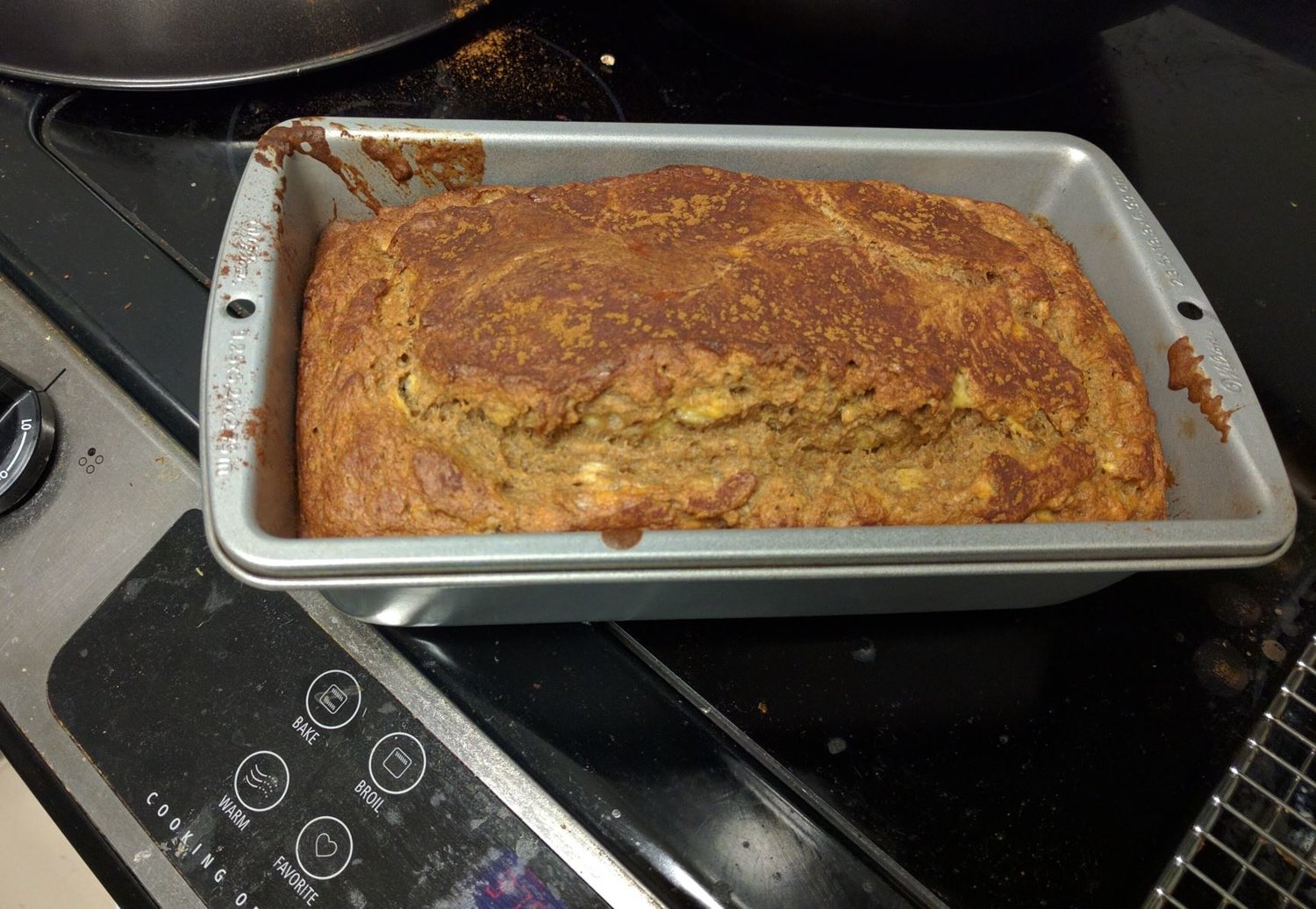 Most baked goods I've eaten are too sweet. I don't want too much sugar in my life, so I'm starting to bake less-sweet variants of popular baked goods. This time I try banana bread. 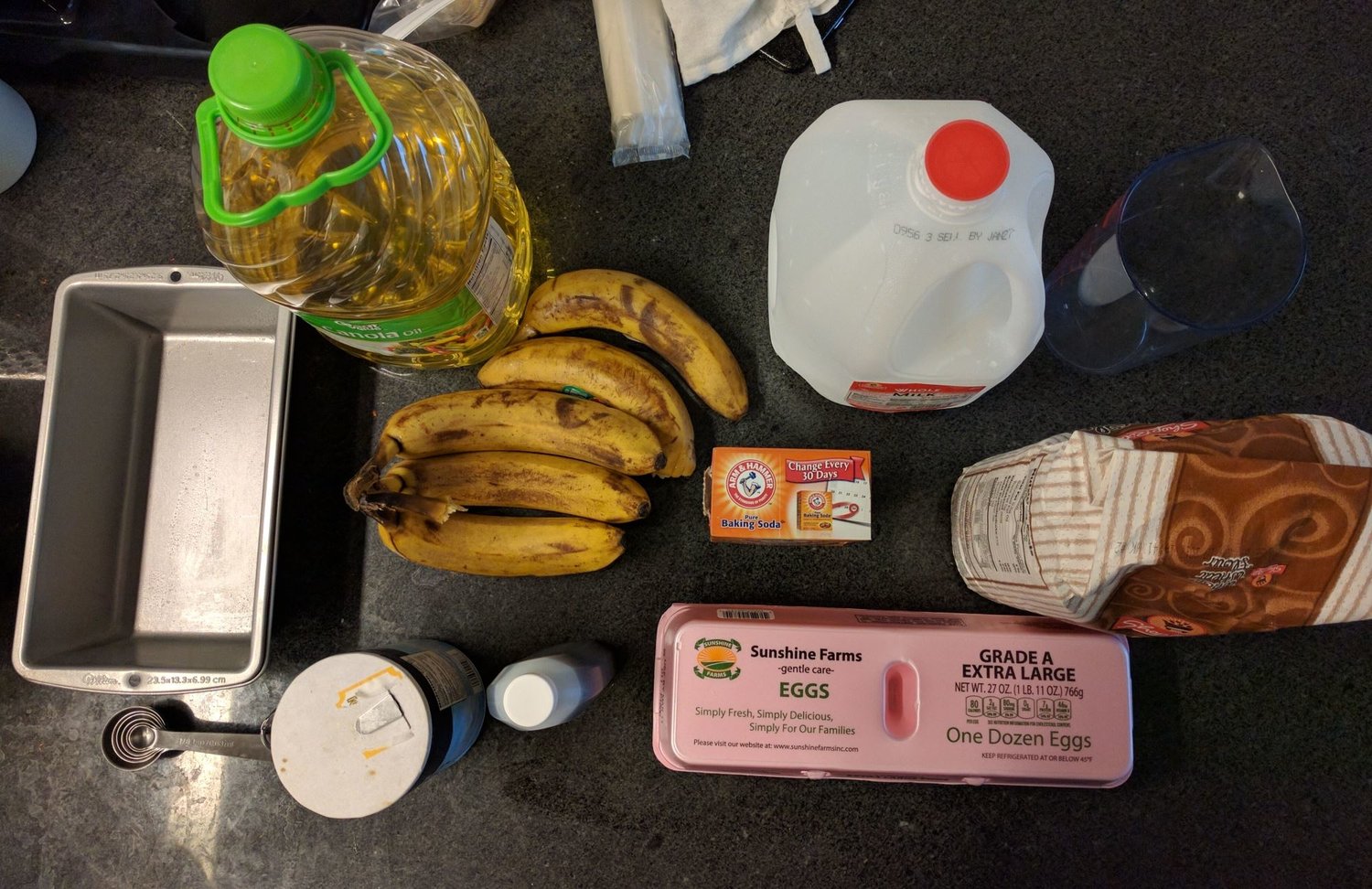 The type of oil probably doesn't matter that much here. I also added a bit of cayenne pepper, on the suggestion of a friend.

This is pretty simple to make. Pre-heat the oven to 375 degrees at some point. Preparation won't take very long, so you can probably start pre-heating right from the start. Then, just take all the ingredients above and put it in a stand mixer bowl. 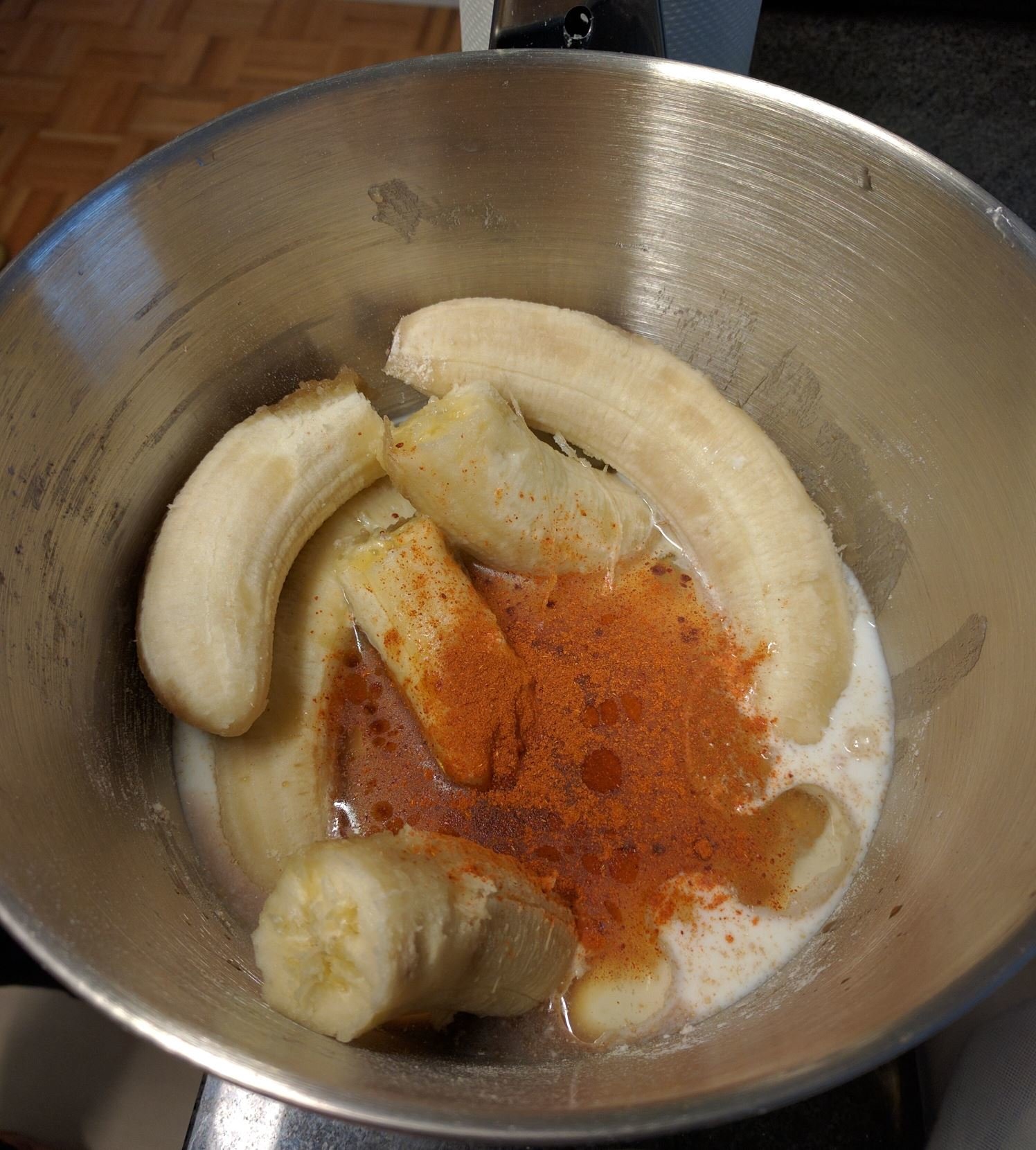 Turn on the stand mixer and wait until it's mixed. 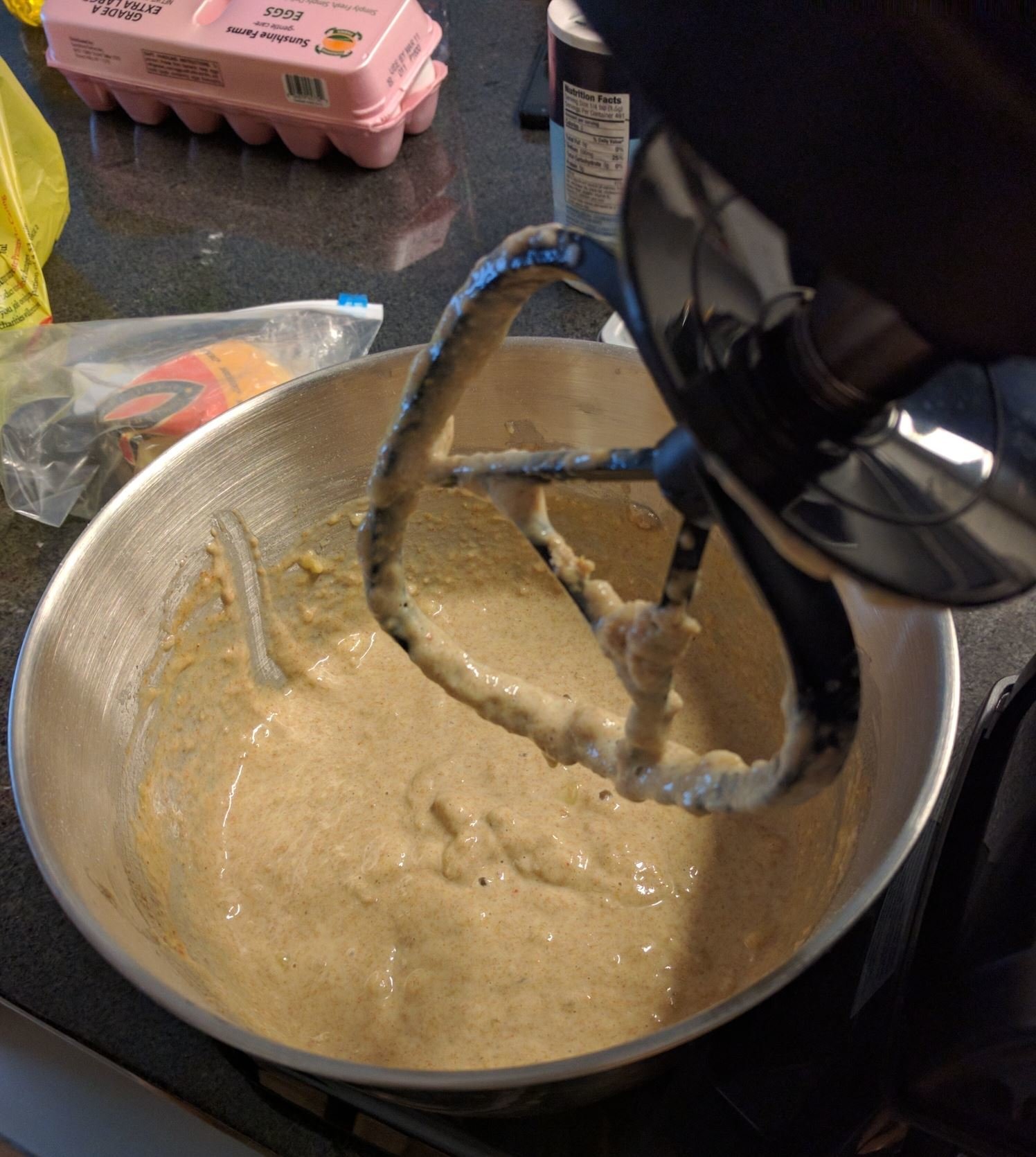 Pour the batter into a baking pan and put it in the oven for around an hour. Don't forget to grease the pan with a bit of oil.

I had some major problems when trying to remove the banana bread from the pan. I probably put too much batter in the pan, so the heavy crumb (the soft bit inside the loaf) completely separated itself from the crust when I flipped the pan over. 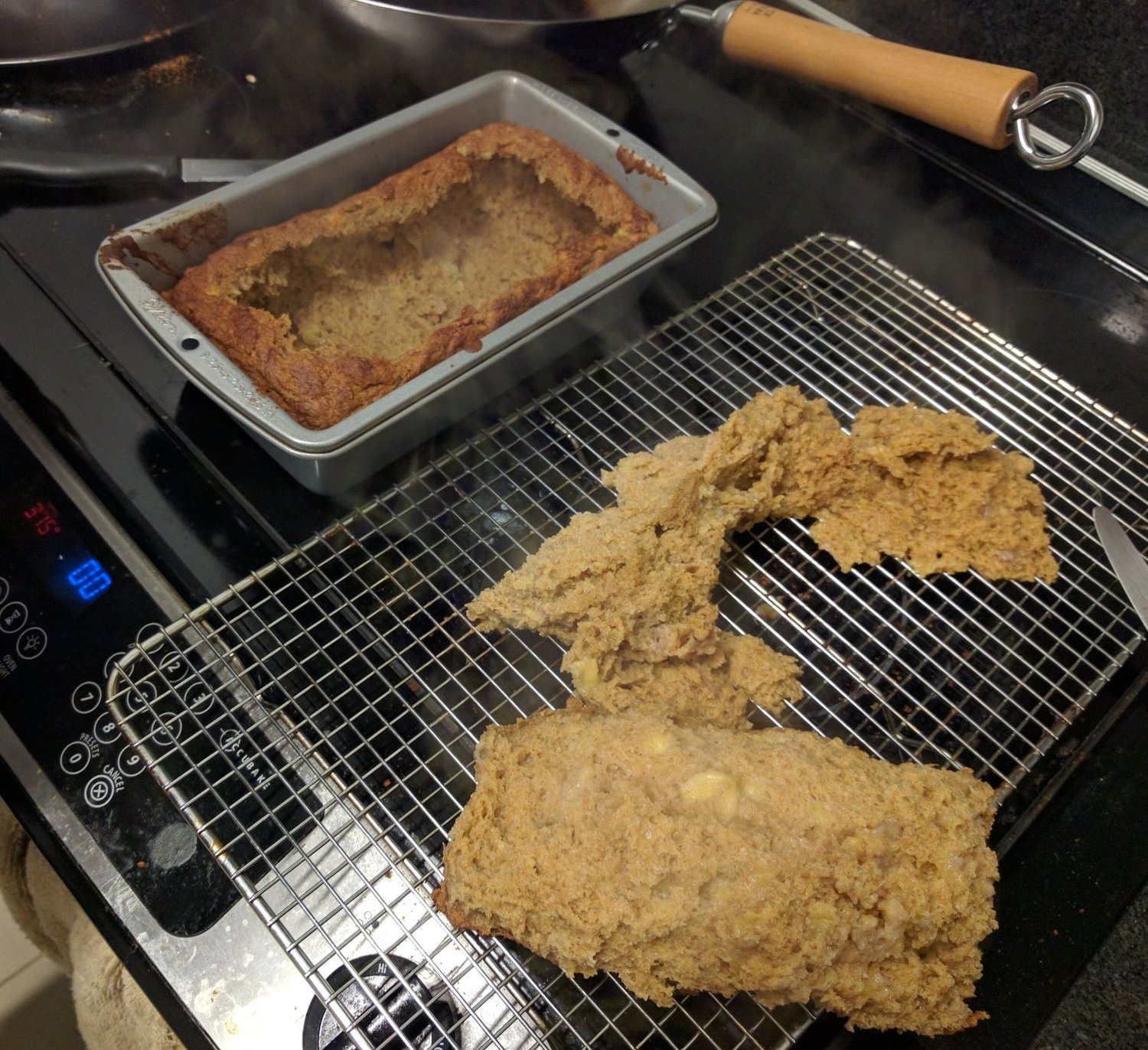 If you don't like the crust anyway, then perhaps this is a feature, not a bug. In any case the crust is salvageable. 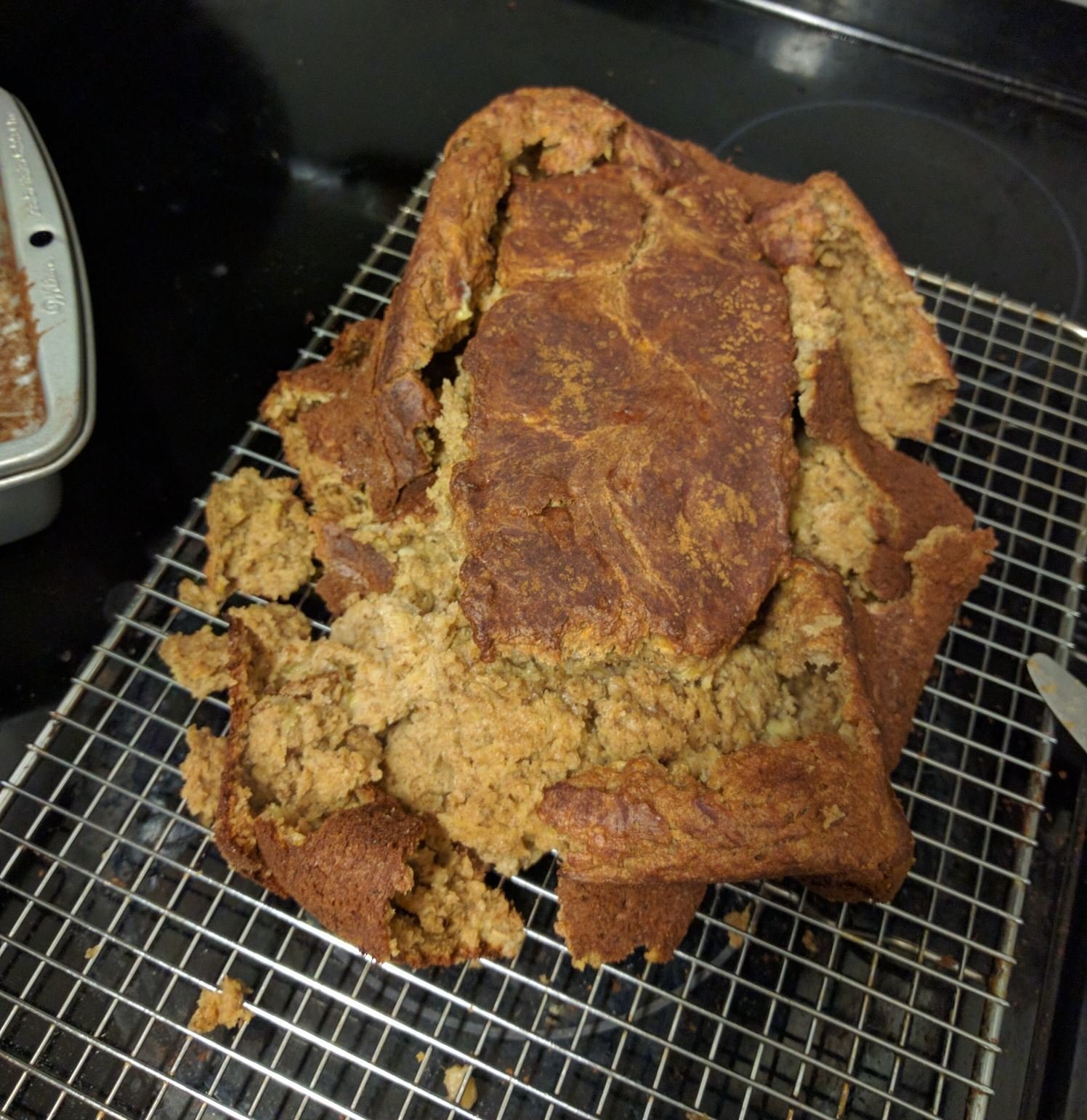 This banana bread initially tasted a bit weird without any sugar, but I suspect that is because I hadn't eaten banana bread which wasn't very sweet before. There is actually still quite a bit of sugar in here due to the natural sugars found in bananas (WolframAlpha says 14g per banana). After a brief adjustment period, this doesn't taste bad. I didn't put enough cayenne in to taste anything, but I am a bit skeptical on whether it would work here.

I would make this again for my own consumption, but definitely add a bit of sugar if you're expecting to serve banana bread to other people. 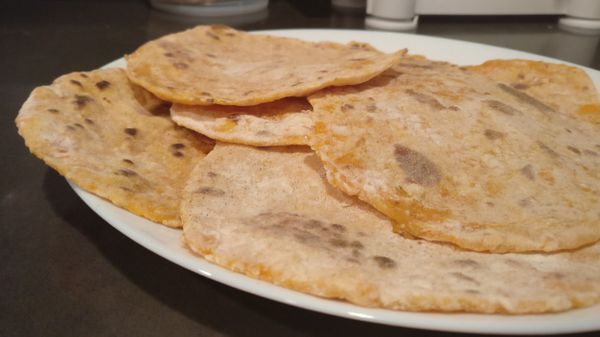 I had some more roasted sweet potatoes on hand (as always), and remembered that my mother would sometimes buy frozen sweet potato paratha from the Asian grocery store. I'm not 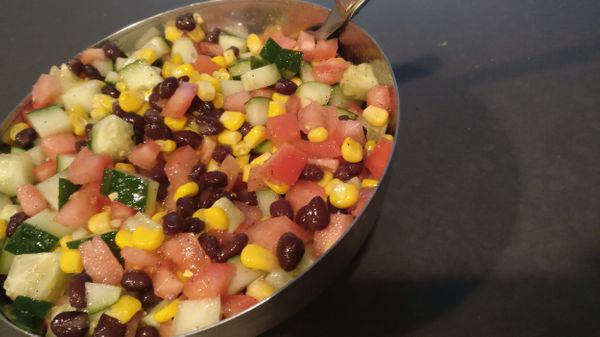 I ate a good amount of salad during junior year of college since it was super quick, cheap, and delicious. This black bean mix is excellent when paired with some