Growing up in Cantonese kitchen, it's part of the culture where every meal starts with a bowl of clear soup. Sometimes it's more intentionally made from simmer bones for ages, but sometimes it's just something simple like boiling some of the extra pieces of veggies that didn't make it into the main dish with herbs and seasoning, just to make sure we used every piece of food we had.

It's a big thing to have soups with plenty of nutrients, and for me, soup is always a very comforting thing since it makes me think of home and it makes my stomach warm and happy.

I heard a thing before saying that the Cantonese people would rather drink soup than eat rice. That definitely holds true for me. 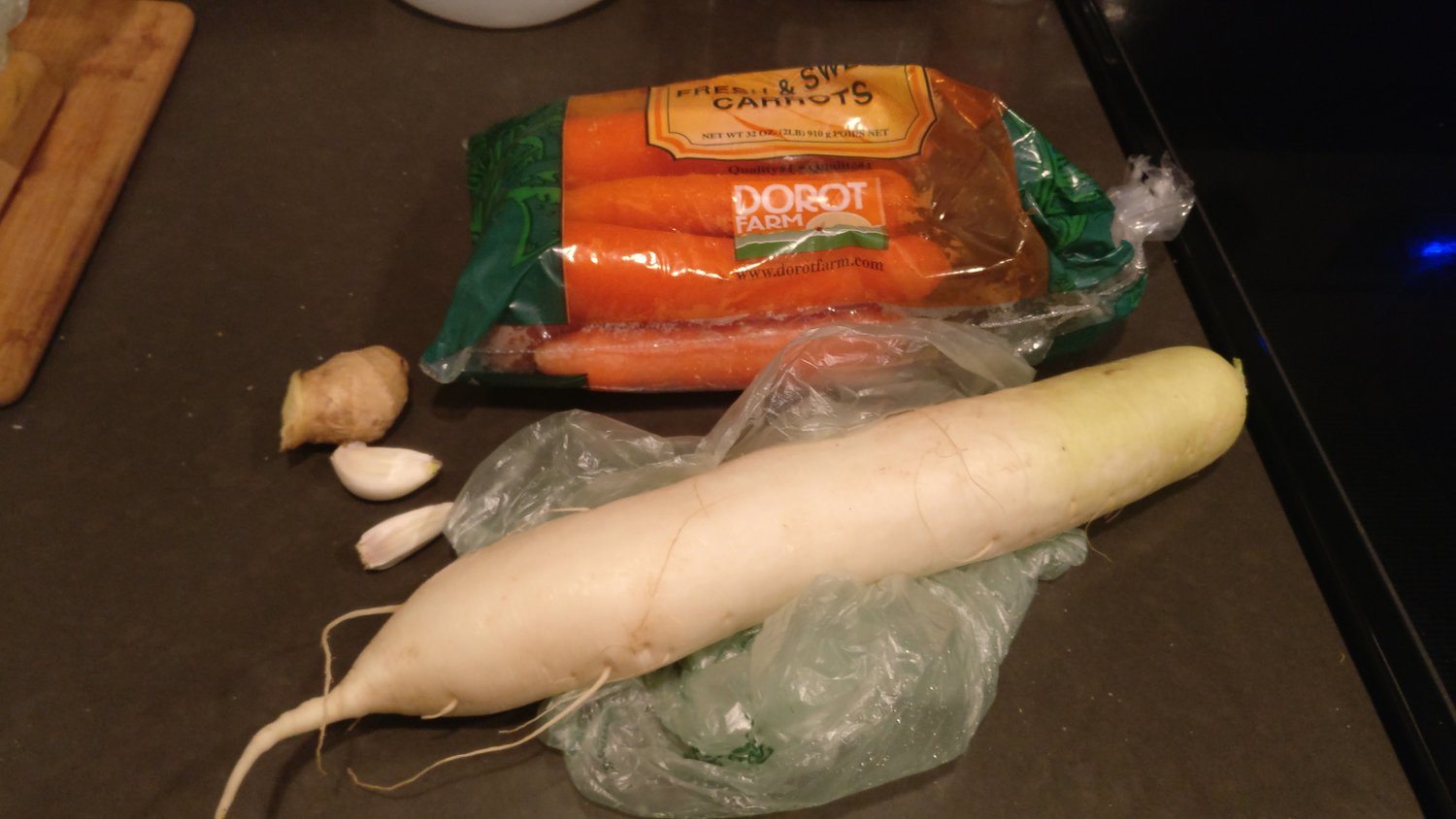 Daikon and carrot soup is normally pork-based, but I had bought some rotisserie chickens earlier in the month and saved the bones and extra pieces, so I wanted to use those.

Add the chicken bones and scraps to a pot of cold water. Bring that to a boil, and once it starts to bubble, turn down the heat and simmer away! 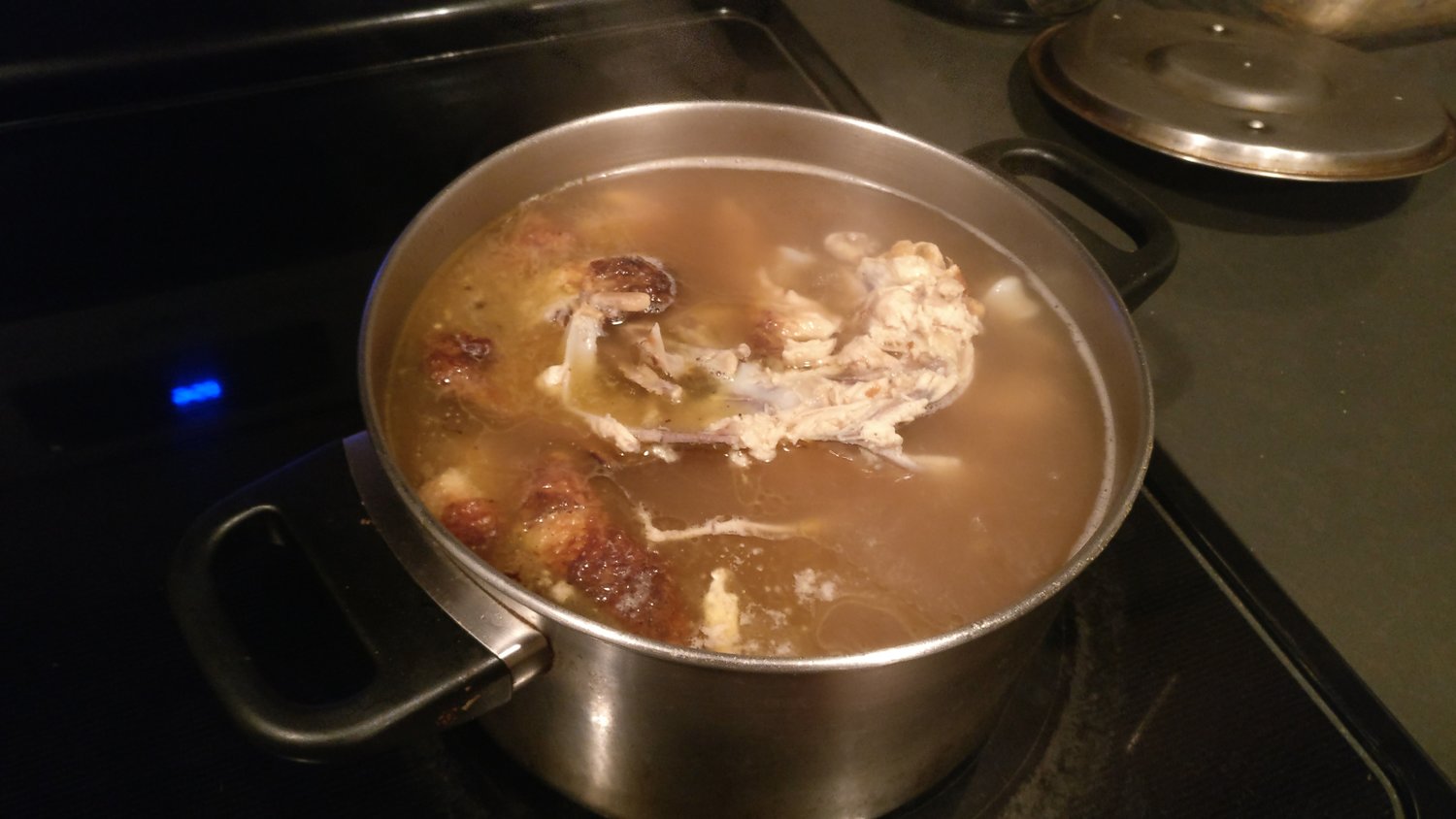 While waiting for the broth to reach a level of flavor you like, peel and chop up the daikon and carrot into small chunks. Mince the garlic and cut the ginger into matchsticks.

Pro-tip: Use a spoon to peel your ginger. This lets you gently scrape the skin away instead of cutting away pieces of precious ginger. 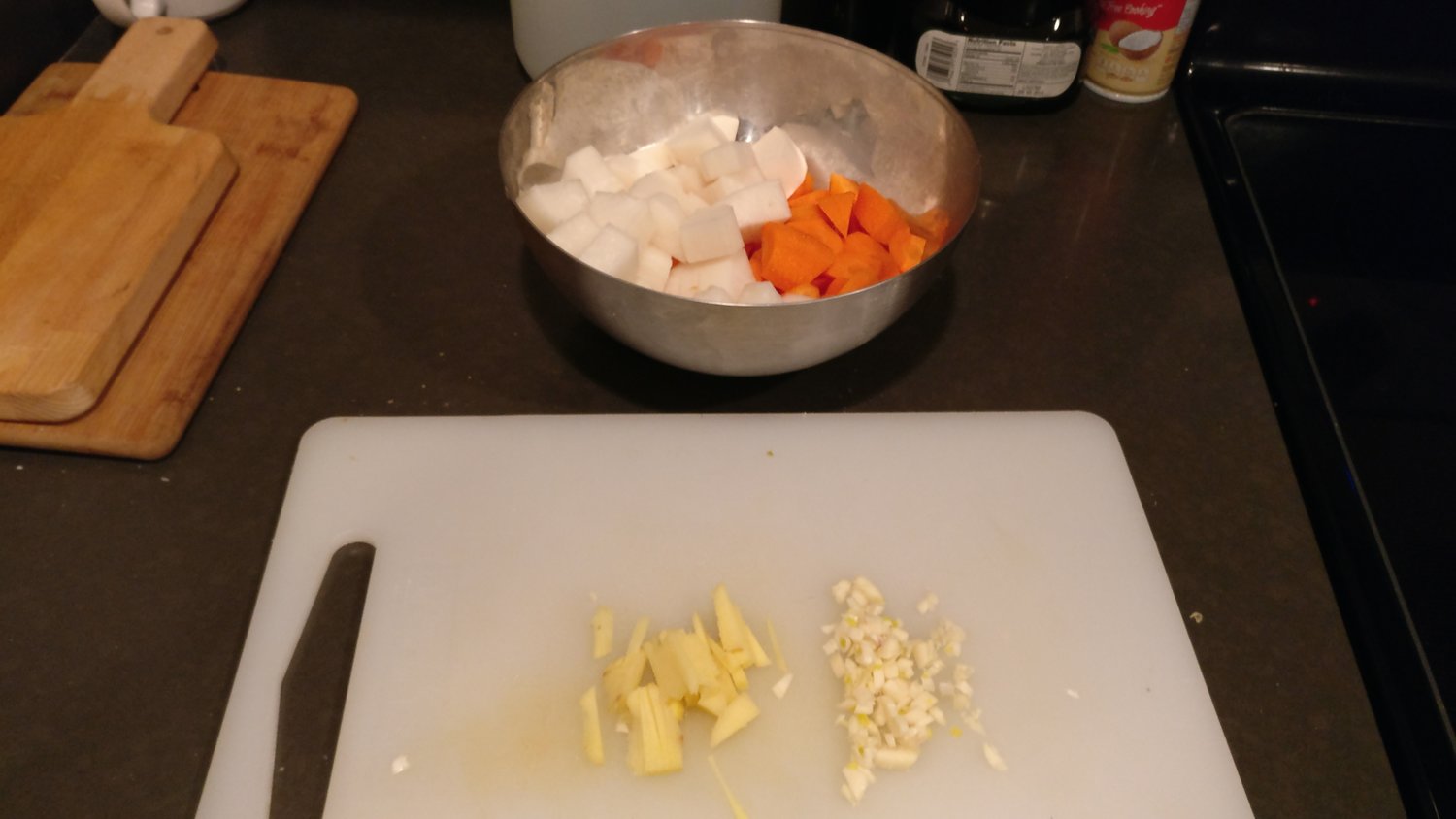 When the broth has reached a level of flavor you like, take out the bones and save the meaty pieces on the side. We'll add the meat back into the soup at the end. 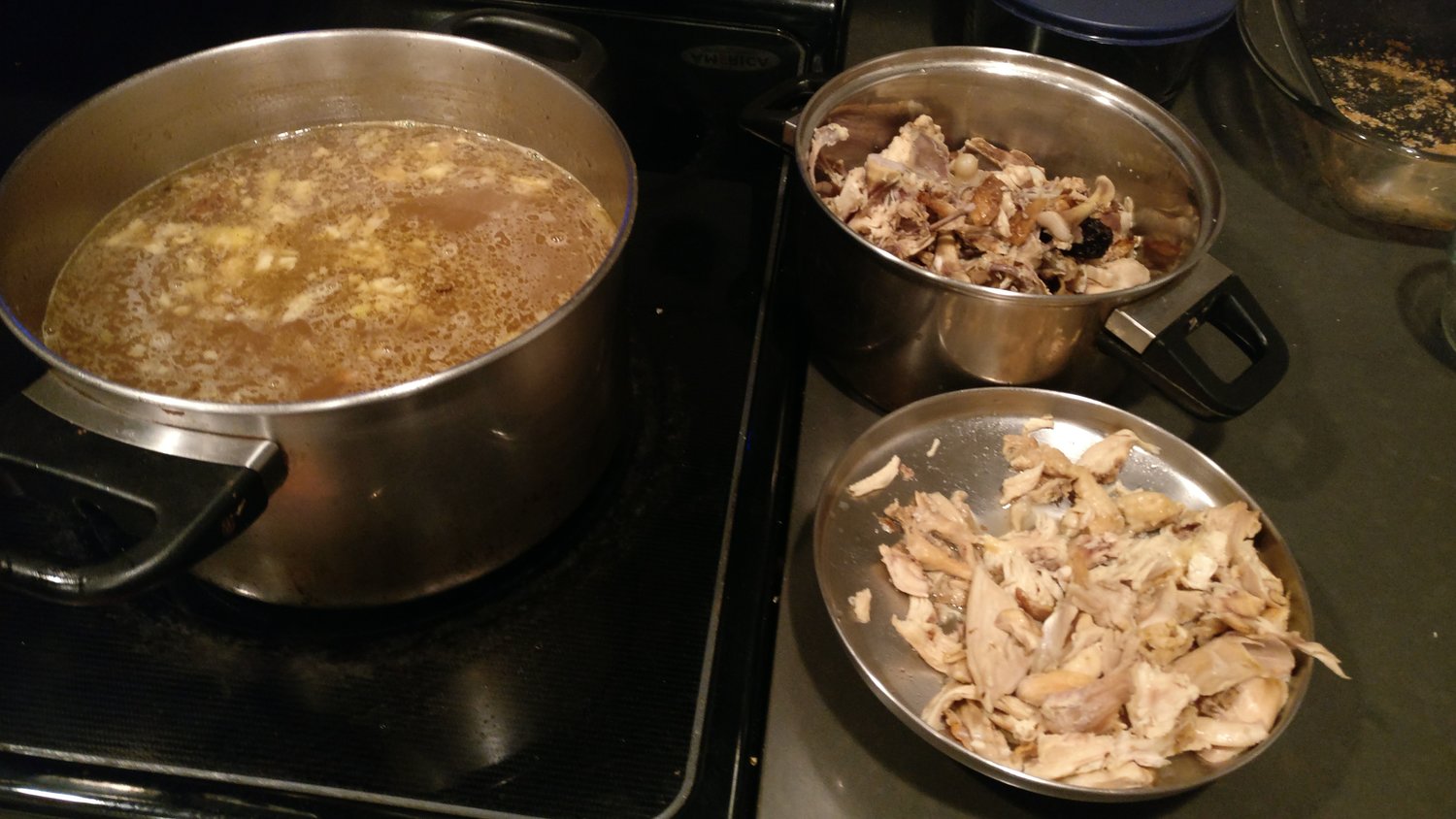 Add the daikon, carrots, ginger, and garlic into the broth. Bring it back to a boil, and then down to a simmer. 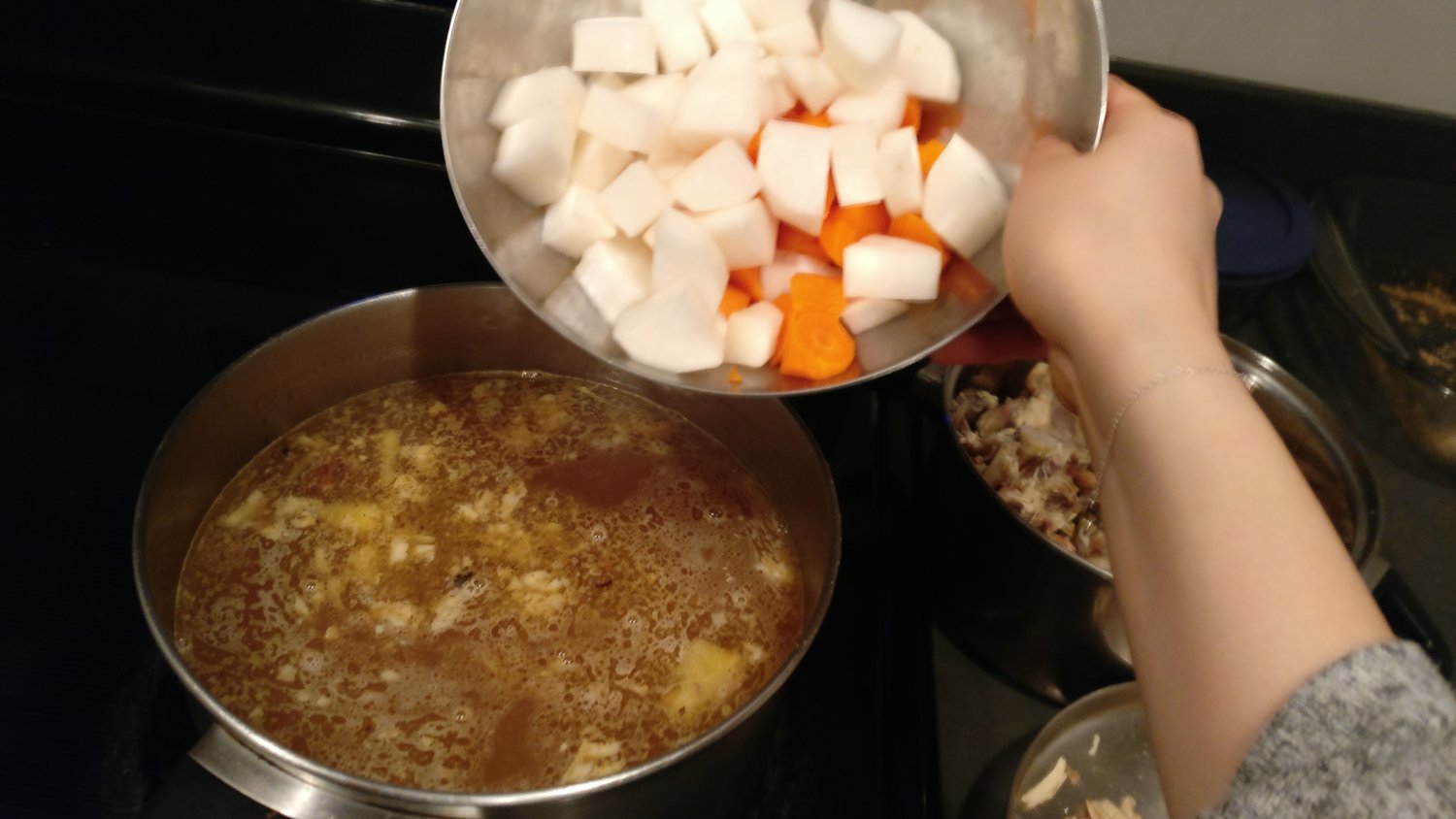 When the carrots and daikon soften, add in the meat, salt, pepper, and whatever seasonings. 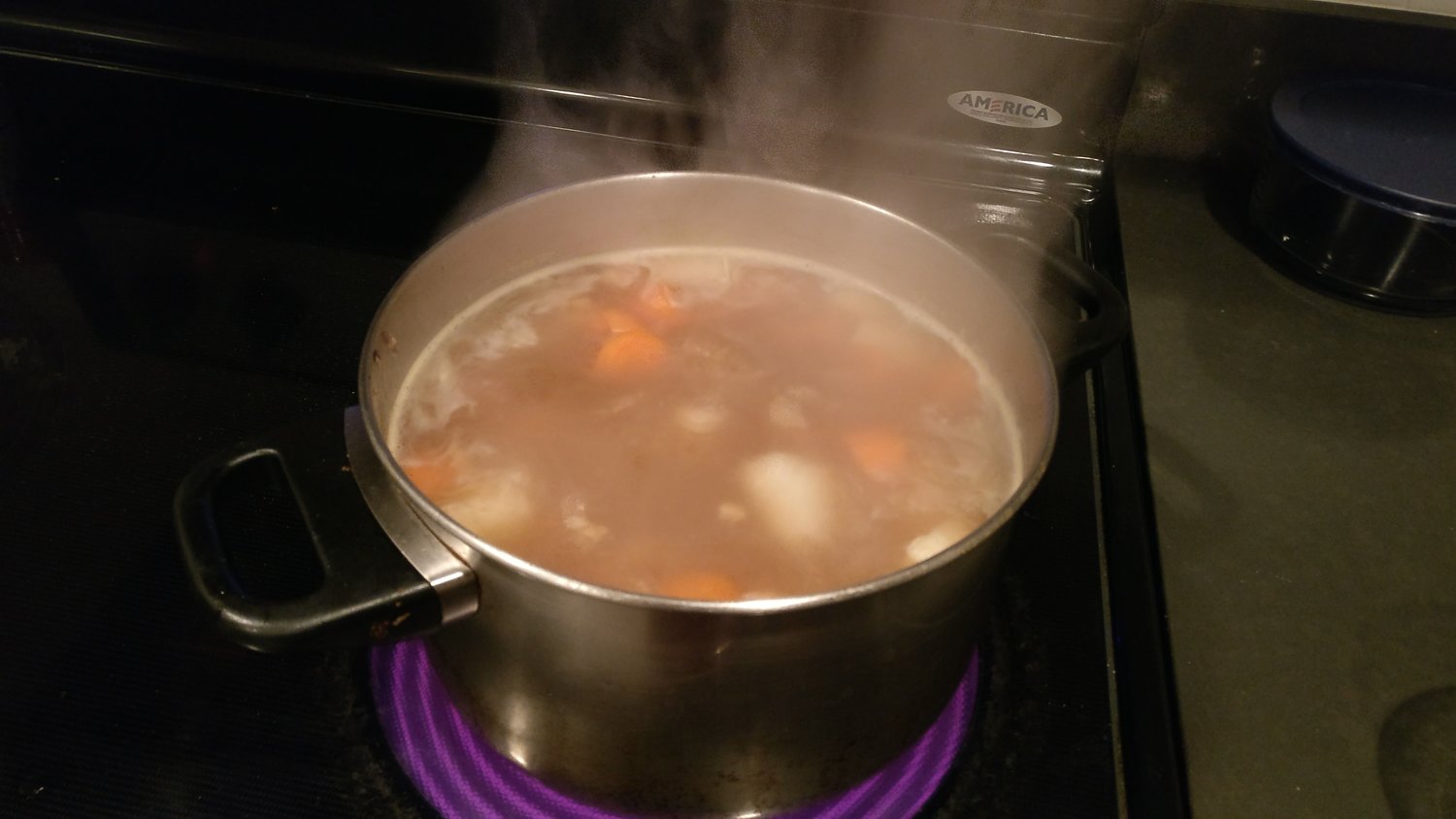 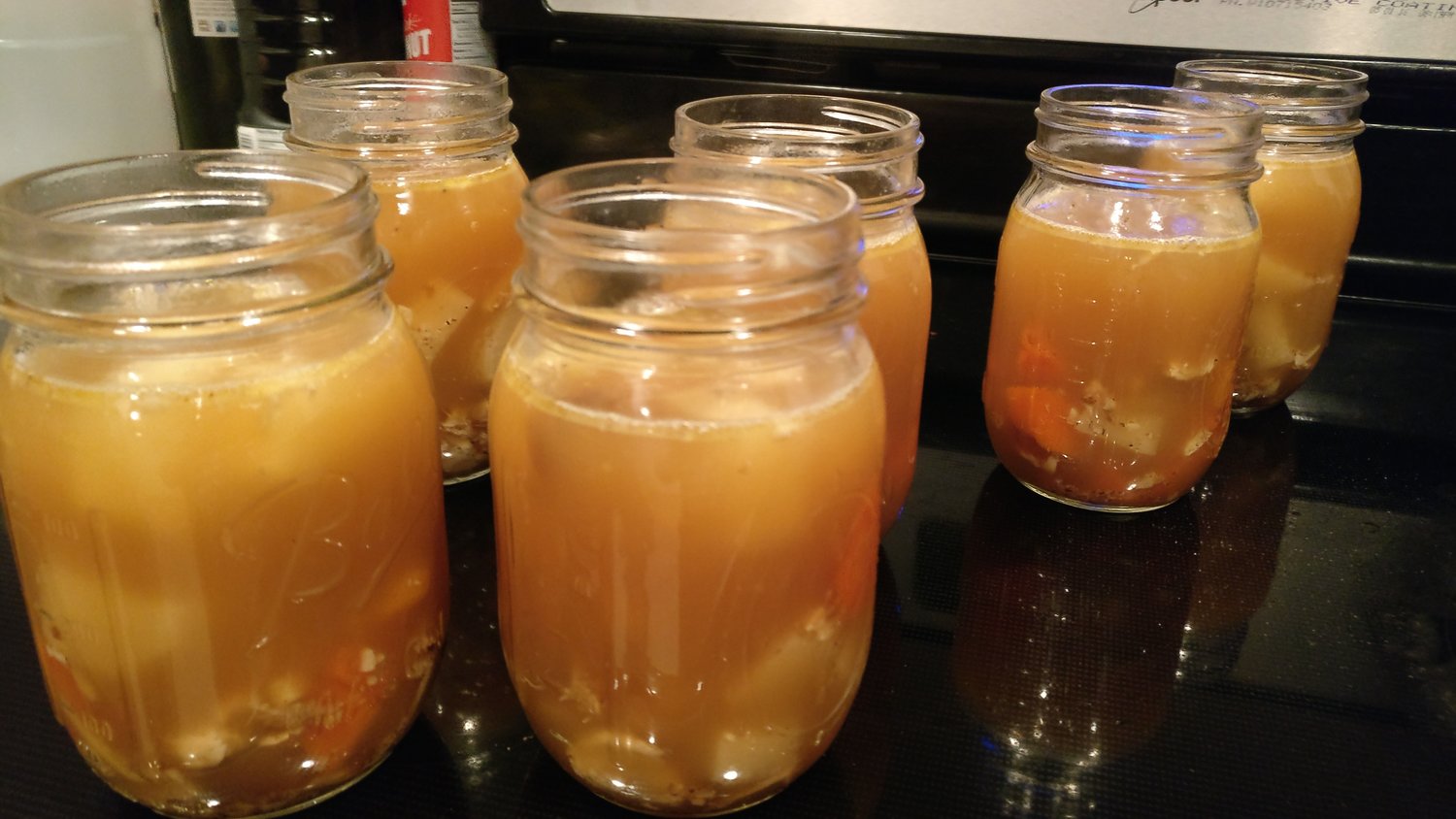 This made for six servings for me, where each jar is two cups. It's super flavorful from the chicken and very warming from the ginger and garlic. You guys know how I love mushy foods, and the radish and carrots are so easy to bite through.

I'm pretty excited to eat this with some veggies and rice or noodles for dinner during the week! 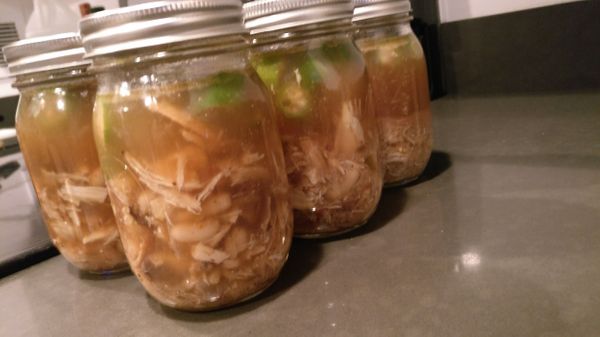 We're back with another soup! If you like tacos and simple recipes, I think you'll enjoy this. The hardest part of this recipe is waiting for the soup to boil. 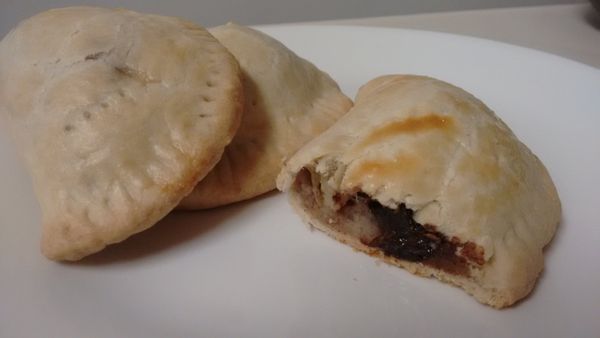