So one of the main reasons (actually, who am I kidding... THE main reason) I joined the Macfarlane Lab at MIT is that our boss periodically bakes treats for us (banana bread, cookies, cake, etc.).

In an effort to augment the spirit of our small group, I decided to start occasionally bringing in baked goods as well. What follows is a tale of the last 6 items (only 3 successful) which I made (or attempted to make) for the group.

We'll start of with one that is rather self explanatory. This one was inspired by one of my lab mates who is rather picky. I had gleaned that he was a big fan of two things: peanuts and sugar. So, a quick internet search yielded an excellent result for "3 Ingredient Peanut Butter Cookies." What could go wrong?

Actually in this case, absolutely nothing. This recipe is full proof. I combined:

I mixed the dough up in my stand mixer, scooped it out onto baking sheets, and made a fancy hash pattern atop the cookies with a fork.

350 degrees (F) and 12 minutes later I had pure lazy baker perfection. For what they are, these cookies are a wonderful treat for sugar lovers. I don't think they lasted much more than a day in the office. 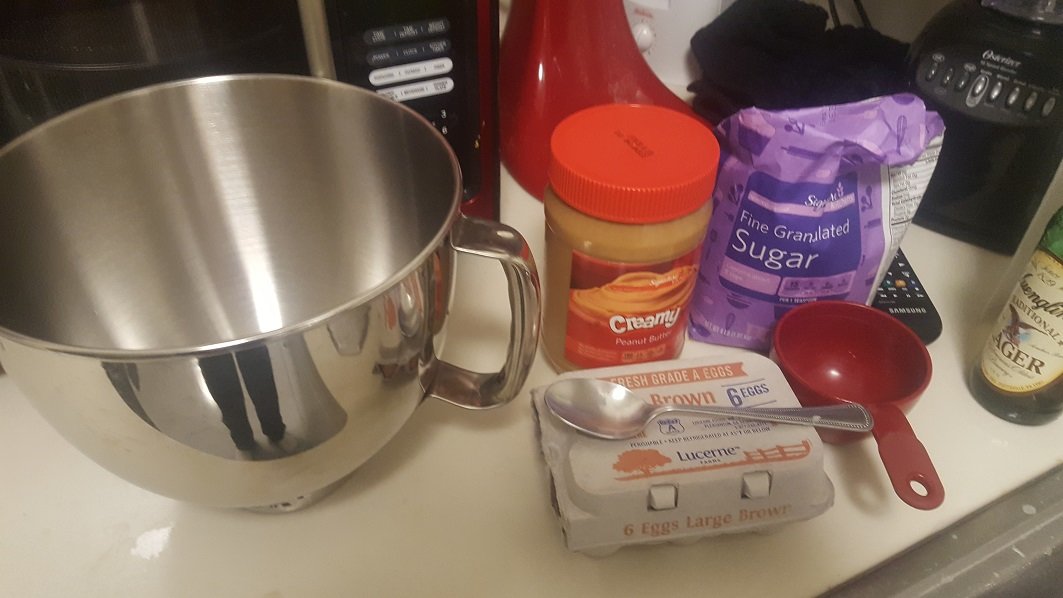 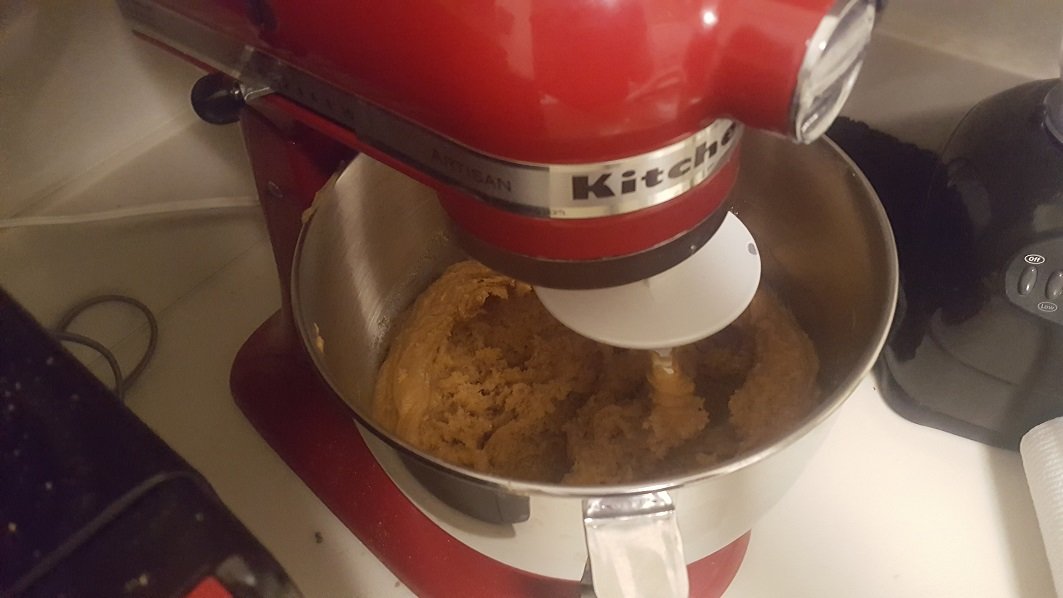 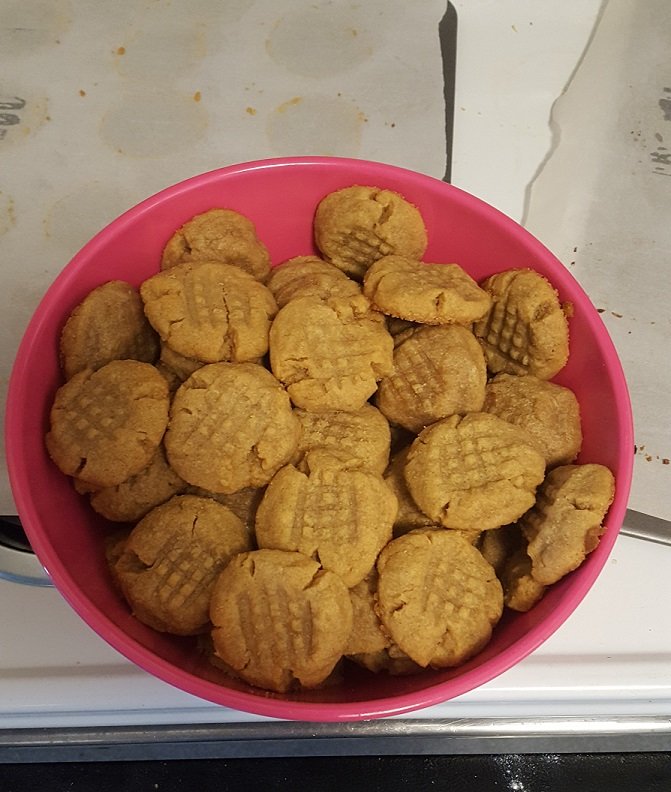 Another of my lab mates is not so fond of overly sweet desserts, and suggested I try making cannoli. I figured it was worth a shot since I am in Boston which has an entire Italian neighborhood where you can get delicious cannoli.

Interestingly enough, there are not a lot of cannoli recipes available on the internet. I suppose this is one of those things that everyone just learns from their Italian grandmother. I went with one that had two key features: 1) decent reviews 2) white wine in the dough (because baking is always more fun when you have an excuse to drink while doing it).

However, I'm now convinced the Italian mafia might be keeping good recipes off of the internet. Here is the original dough recipe:

Off the bat, I found that the wet/dry ratio in this recipe is way too low. I had to add 1/2 cup more wine and another egg yolk to make the dough manageable. Even then it was very elastic and difficult to roll thin.

The recipe then instructs you to cut circles from the dough, wrap the circles around cannoli forms (stainless steel tubes), and fry the shells in melted shortening (360 F) for 1 minute. Both times I attempted this, the shells kept opening at the seam and sliding off of the cannoli form. During the second attempt, I was getting close to success by fiddling with how I put them in the pot... and then the cannoli form slipped out of my tongs and splashed burning hot oil onto my hand ( :( ). At this point, I ate my cannoli taco shells without bothering to make a filling and went to sleep with my hand in a glass of ice water.

Recently, I've checked the comments on the recipe and found that many other people have also complained about the ingredient ratios. They also mentioned that you have to seal the cannoli with an egg wash before frying (explains why mine would not stay properly wrapped).

I have not given up on this yet, and will be trying again shortly with a different recipe. Maybe this time I will wear my safety glasses.... Long story short, always check the comments and always have extra alcohol. 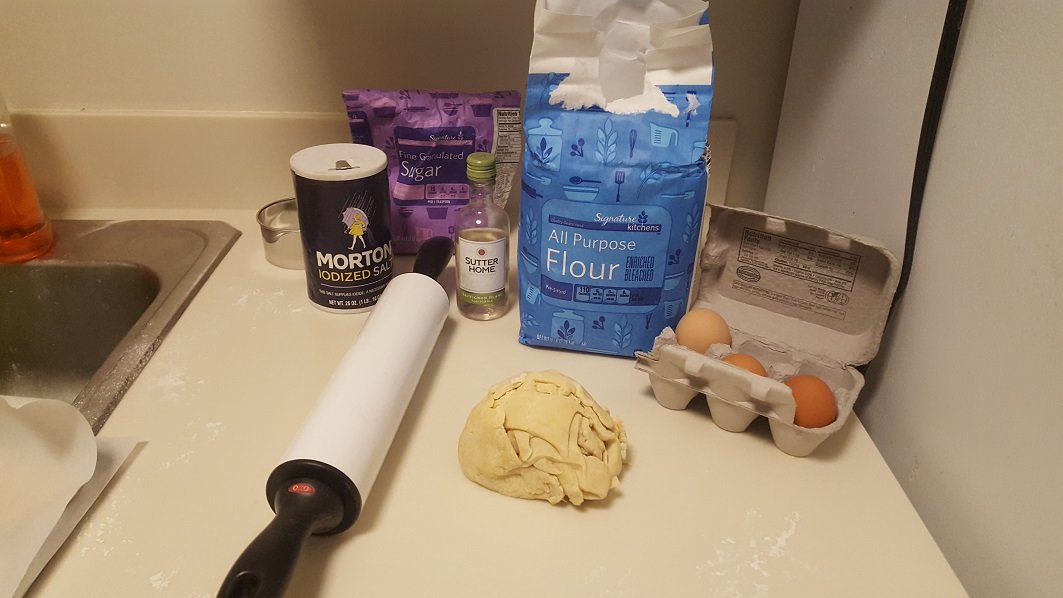 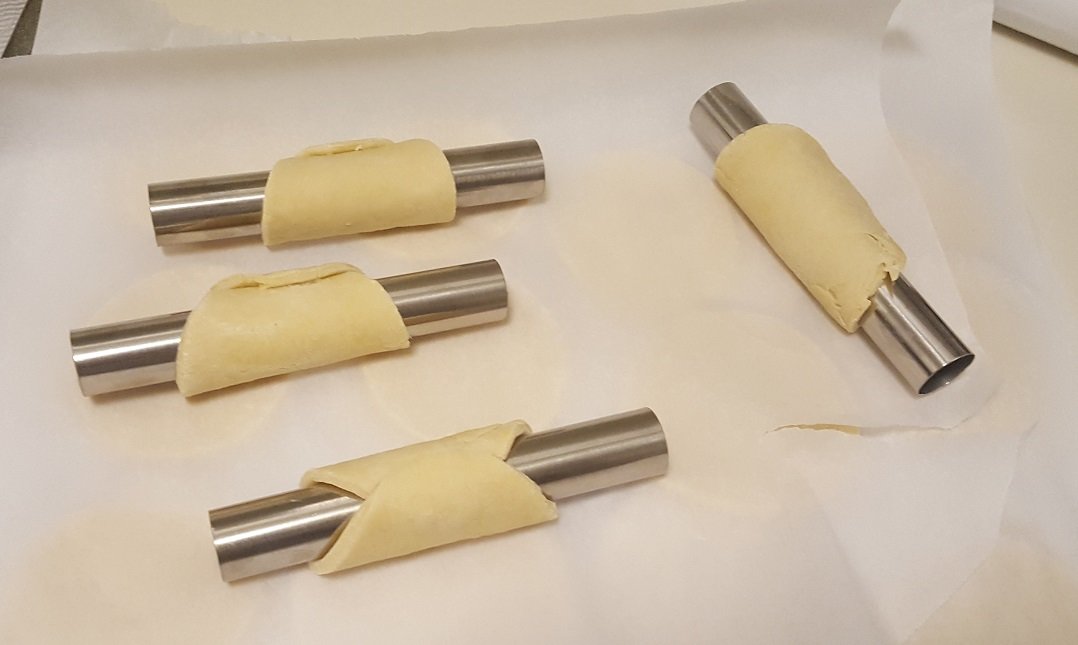 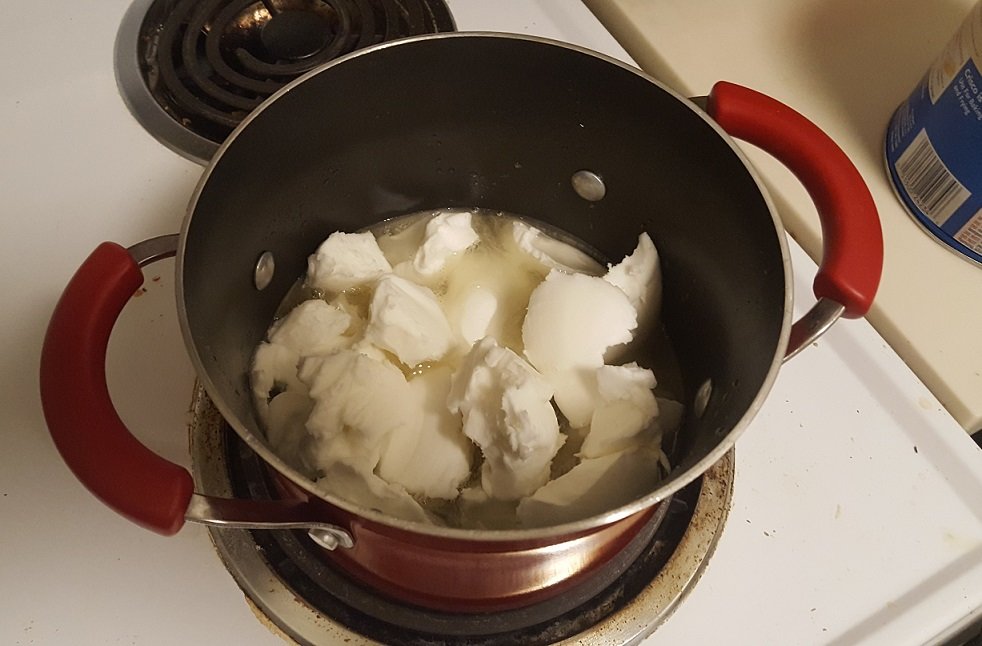 Back in high-school, I once made PB&J blondies over the winter holiday. I decided I'd try them again, but with a new twist, no sugar. Yet another one of my lab mates has actual dietary restrictions because he is diabetic, so I figured I would venture into the world of sugar-free baking (a thought that used to make me shudder).

As with most cookie/blondie/brownie recipes, this one is easy to follow. 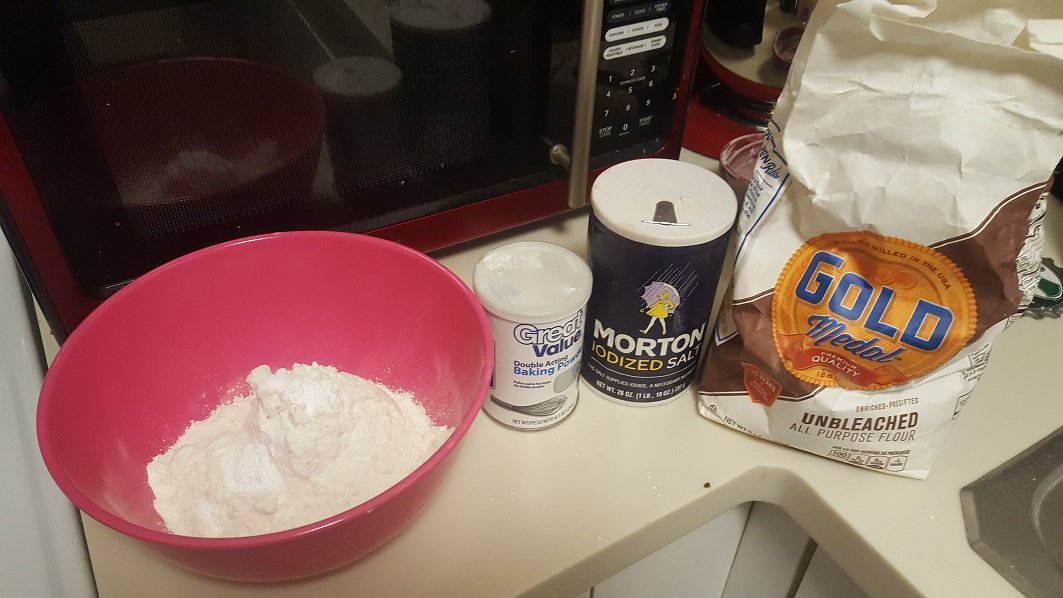 In a separate bowl, the standard recipe calls for a mixture of:

Peanuts were crushed by pulsing in a blender. 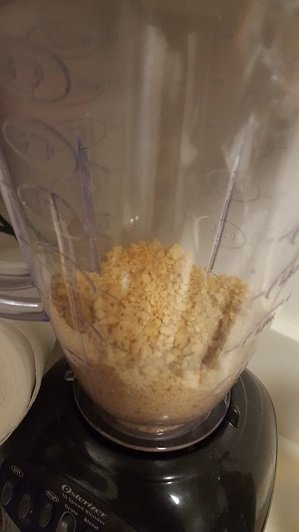 For my reduced sugar version, the brown sugar was replaced by a combination of 1 1/2 cups of granulated splenda and 1 1/2 tbsp sugar free maple syrup. The high-sugar peanut butter chips were also replaced with normal peanut butter. 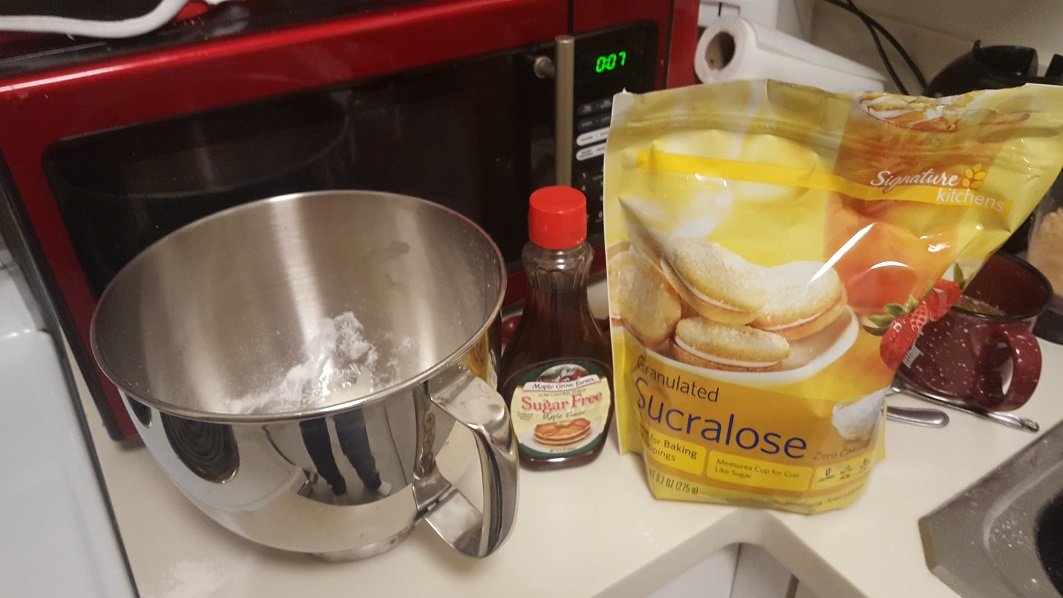 However, the granulated splenda quickly lost its volume when it contacted liquid, so I will investigate other brown sugar substitutes in the future.

The two mixtures were folded together using my stand mixer. The batter was poured into a baking tray lined with greased parchment paper and smoothed out. Sugar free raspberry preserves were then dolloped on top. 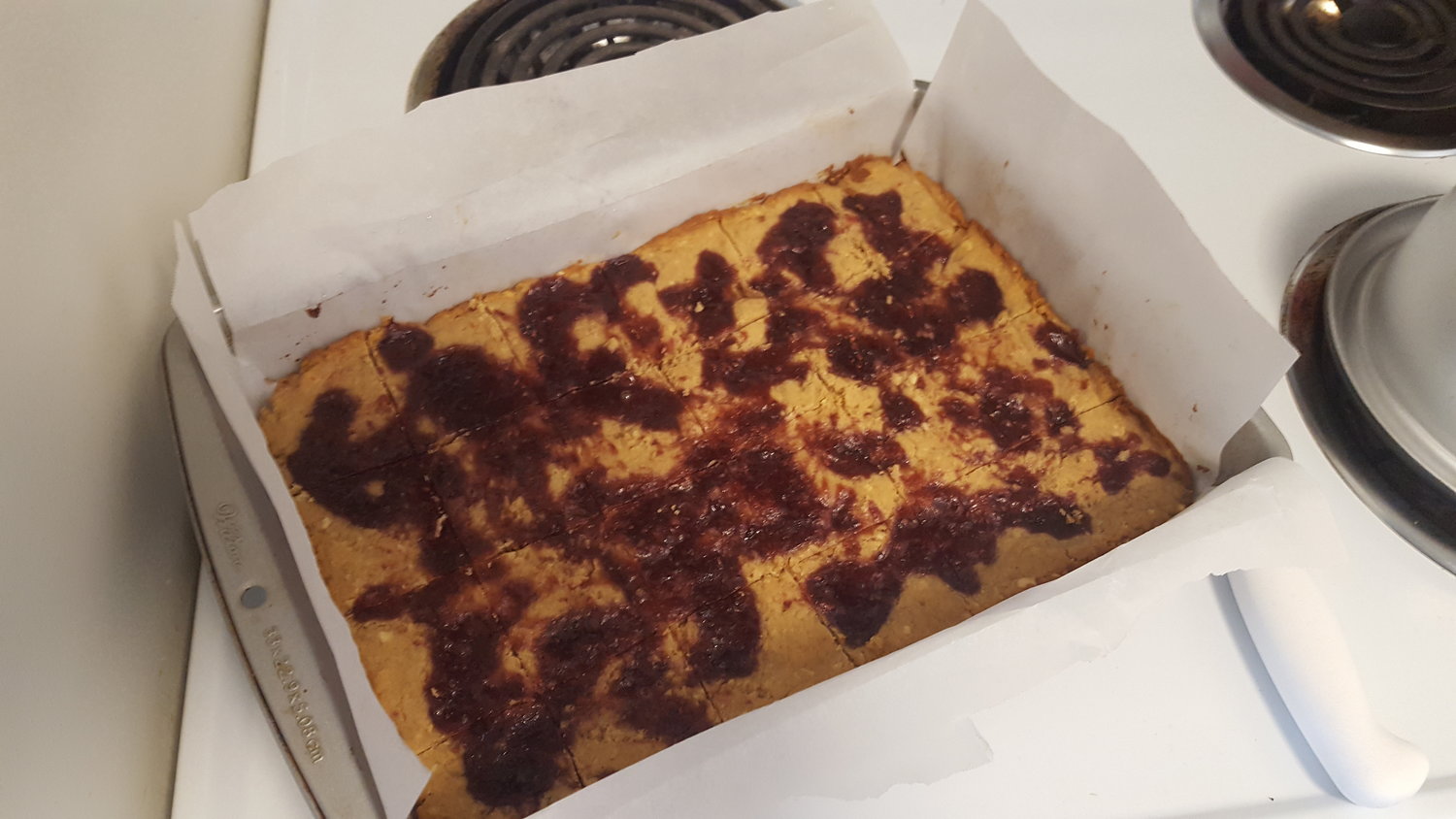 The end result looked good and tasked pretty good for being sugar free. However, the texture was off, and the blondies were very crumbly and dry. I would definitely recommend a more thorough investigation of sugar substitutes or how to account for the use of splenda in future attempts.

But, the most important thing is that my lab mate enjoyed them and didn't die (not even a little bit).

The week prior to spring break, things were a little hectic in lab. Following the second cannoli failure, I decided to whip up some cookies from a box mix a quantum lion friend gave me when I was an undergrad senior.

I didn't even bother to take pictures of this mini-adventure (which should have been totally ordinary and not an "adventure" at all, but adventures are what you get when things don't go according to plan...), but here is a picture of the box mix I used. 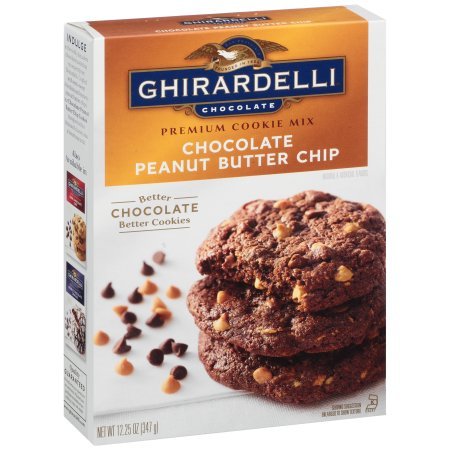 I made everything according to the recipe, but it smelled a little funky in the oven. I tried one, and it was a little off but not so bad. I had work to do so I packaged them up and dashed back to lab.

After then had totally cooled, I decided to try a second one during a break in my office. It was awful.... I couldn't finish a single cookie without getting a sickening feeling.

Moral of the story, cookie mix does expire, even though cookies are one of the greatest inventions of all mankind. I threw the cookies out to avoid poisoning my group.

I know what you are thinking: "isn't it a cardinal sin to make banana bread without real bananas?" or "didn't you learn your lesson with packaged baking mixes?"

Both of those answers are normally yes, but this was no ordinary banana bread mix. This was banana bread mix formulated by the gods of liberal, chunky ice cream: Ben and Jerry. Post hectic pre-break week, I went on a short road trip with my girlfriend to Vermont, and we stopped at a Ben and Jerry's ice cream factory (I literally only had ice cream for breakfast/lunch that day, got a tummy ache, and regret nothing). While there, I picked up a bag of "Chunky Monkey" banana bread mix.

Anyway, as before I prepared the mix as instructed with water, egg, and melted butter. The mixture was poured into a greased 9"x 5" pan and baked according to the bag (which I no longer have). This time, my minimal efforts were met with maximal rewards. This banana bread was delicious and easily rivaled the boss's own homemade chocolate banana bread. 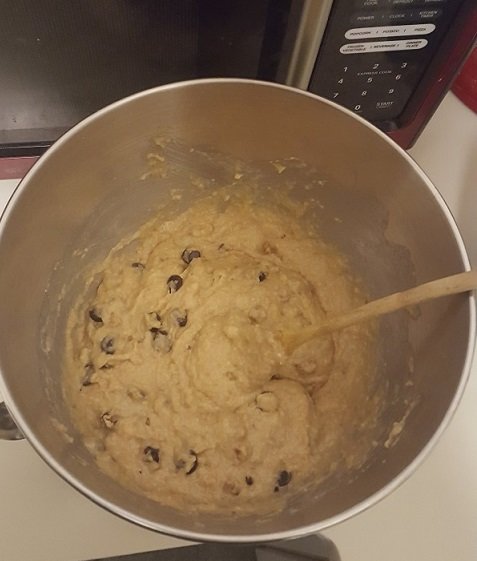 Interestingly enough, while writing up this post, I discovered a recipe for making Chunky Monkey banana bread which uses actual Chunky Monkey ice cream. I'll be saving that for a future week when I could use a little extra sugar. 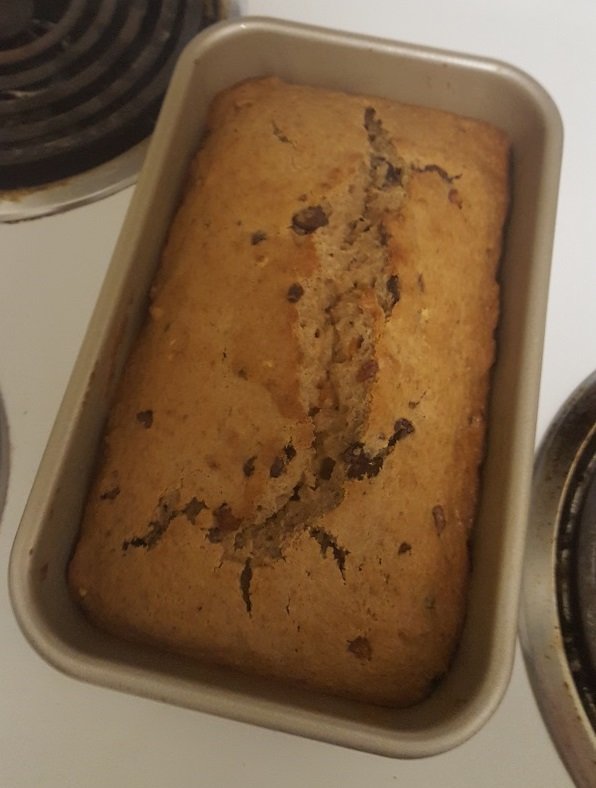 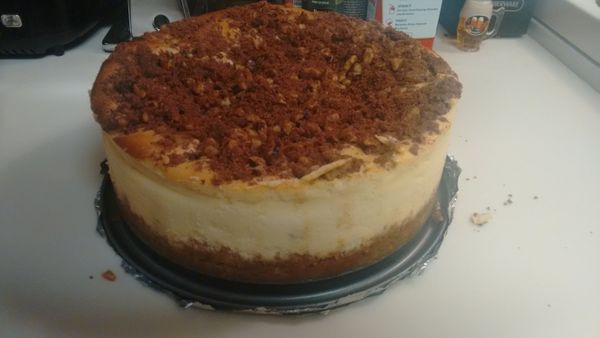 Abstract (Future) Dr. Bulldog revisited the cheesecake – a failed experiment from the past – and put an apple spin on the product. The result was pretty appeeling (pun totally intended and 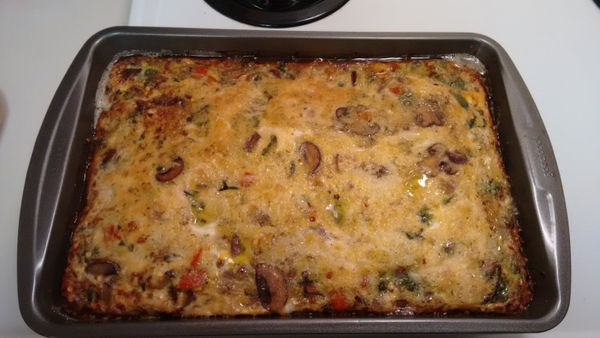 Abstract An eggstremely punny food update from (future) Dr. Bulldog on his eggscellent vegetarian egg casserole. Introduction As announced in my post last week, I have been pursuing a more