I apologize to my dedicated and numerous readers for the extended period of silence. I was preoccupied fighting various super villains across the globe... by making polymers. This article discuses two separate hot sauce adventures. The first was attempted almost a year ago and involves fermenting chili mash. The second is a review of a commercially available kit I received as a gift. Enjoy at your own risk.

This was my first expedition into the world of homemade hot sauce, something I had wanted to try for a while.

There are hundreds of recipes for making a fermented pepper mash. I decided to make a simple sauce by fermenting a habanero mash for several weeks using a "dry brine" technique. I chose this method because of its simplicity. 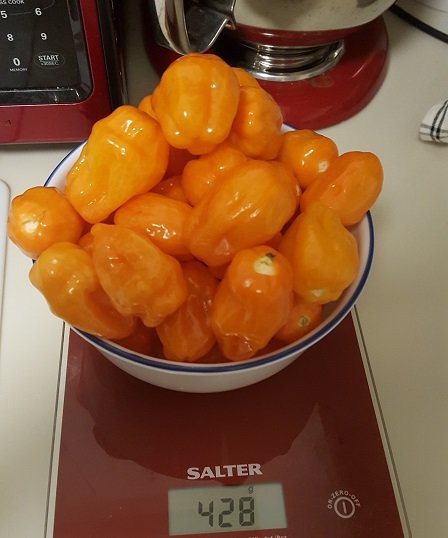 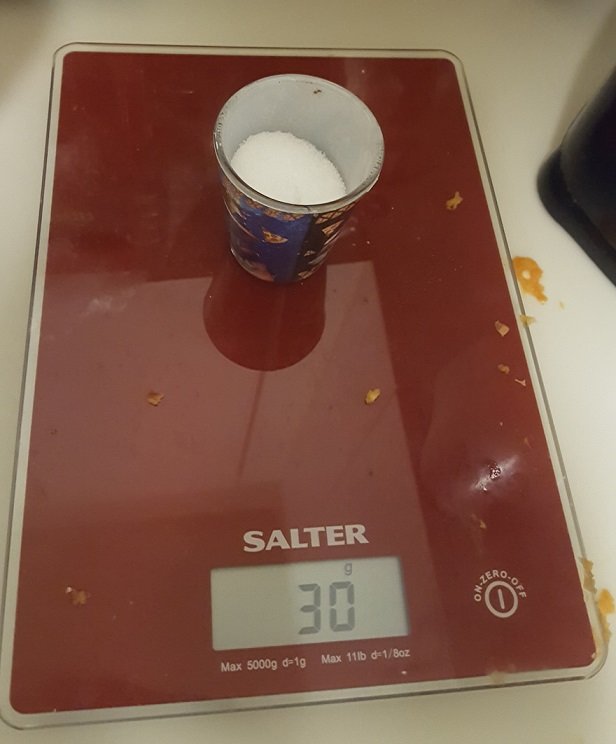 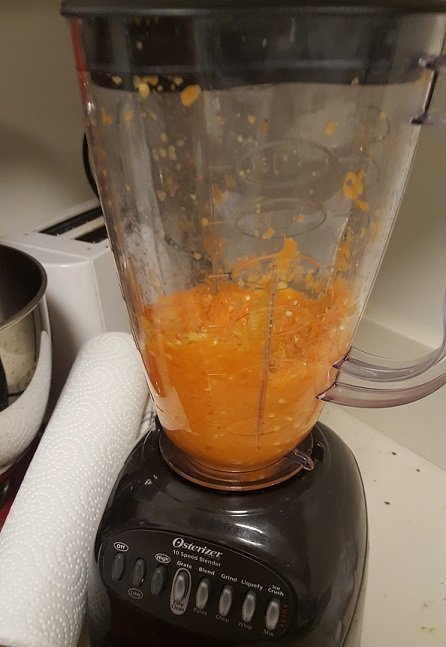 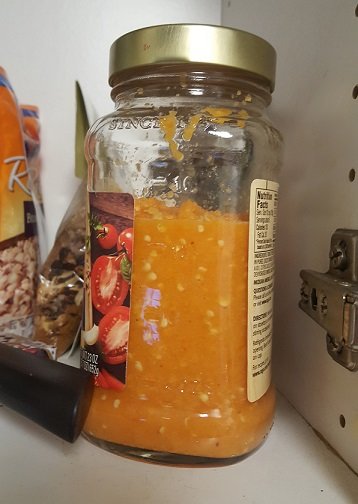 Now begins the waiting. I checked on my jar every day or two. Within a week, bubbles were apparent in the jar. The jar was stirred every 1-2 days once the bubbling started, and the mash was allowed for ferment for a total of 4 weeks. A couple of times towards the end of the process, a small layer of mold was evident on top of the mash. This was scraped off before stirring the mash (don't panic, the mash will be cooked and mixed with vinegar (acidic) for safety; also I ate all the hot sauce and am still mostly alive). 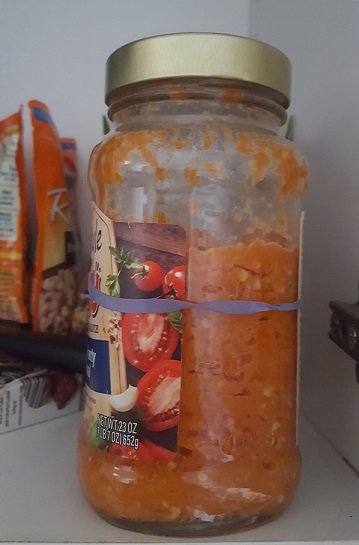 After 4 weeks, the mash jar can be sealed and stored in the fridge until you are ready to make your sauce. You can also store a portion of your mash in the fridge to jump-start future mashes (just remember what it is so you don't accidentally throw it away when moving between apartments :( ...).

At this point, the mash doesn't technically need to be cooked, but I did so briefly to be extra safe. The mash was poured into a sauce pan and simmered for ~ 5 minutes. It was then blended with an equal volume of apple cider vinegar and passed through a sieve before being put into a recycled hot sauce bottle. 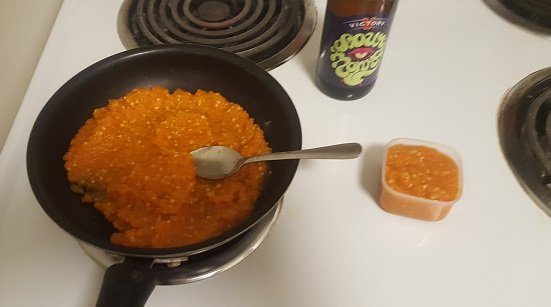 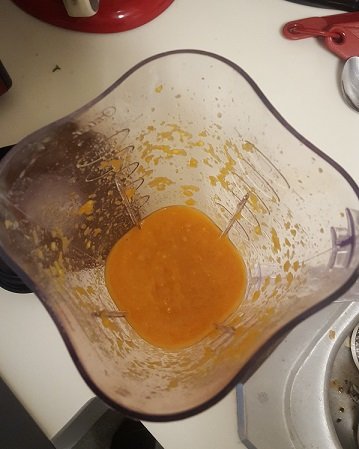 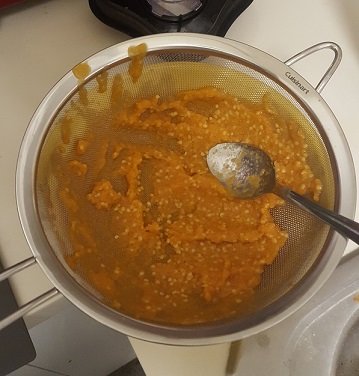 In the end, this sauce was not nearly as hot as I had hoped for, but I have high expectations for heat levels. It also didn't have a very distinct flavor beyond the vinegar. In the future, I would try combining the fermented habanero mash with some onions, carrots, and other peppers as well as some spices.I would also source some hotter chillies to start with. 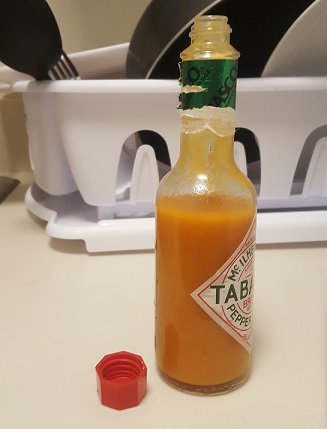 This second adventure in hot sauce making was thrust upon me as a surprise birthday gift. The kit is from "DIY GIft Kits" and is well packaged with equipment and bottles, a spice mix, apple cider vinegar, and a variety of dehydrated peppers. The kit comes with several recipes. I immediately went for the hottest one and doubled the amount of ghost peppers the recipe calls for (and subtracted a habanero to balance the ingredient ratios). 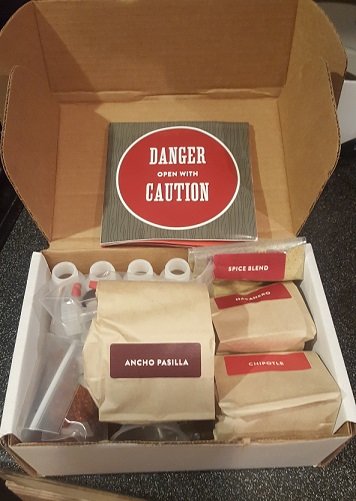 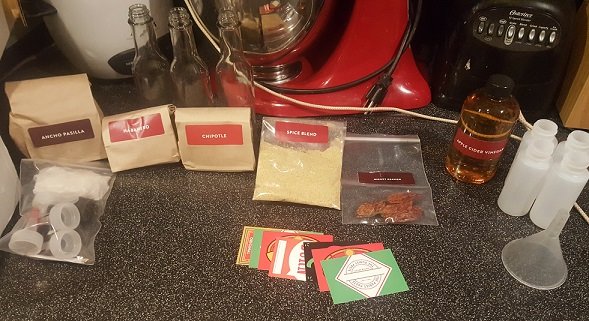 The first step for the commercial kit is to disinfect the bottles by submerging in boiling water for a couple minutes. This is easily the most dangerous part of the activity as the bottles kept slipping and splashing when I tried to maneuver them with tongs. I should also note that I did not disinfect the bottle used in my previous attempt, and I still lived. 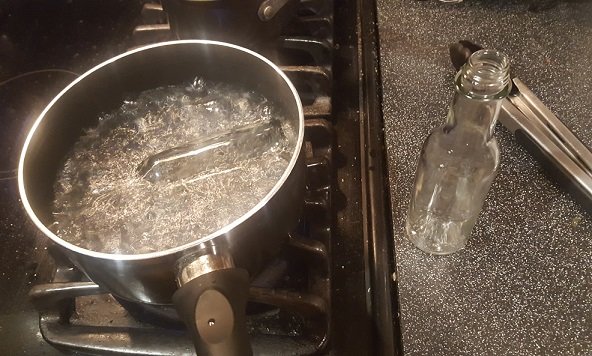 My modified version of the "Purist Paste" called for 4 habaneros, 2 ghost peppers, and 1 ancho chili. These peppers were placed in my smallest pot and soaked in 3/4 cup of water with 1/4 tsp salt and 1 tbsp spice blend for 2-3 minutes. The composition of the spice mix is unknown, but the mix smells strongly of cumin. 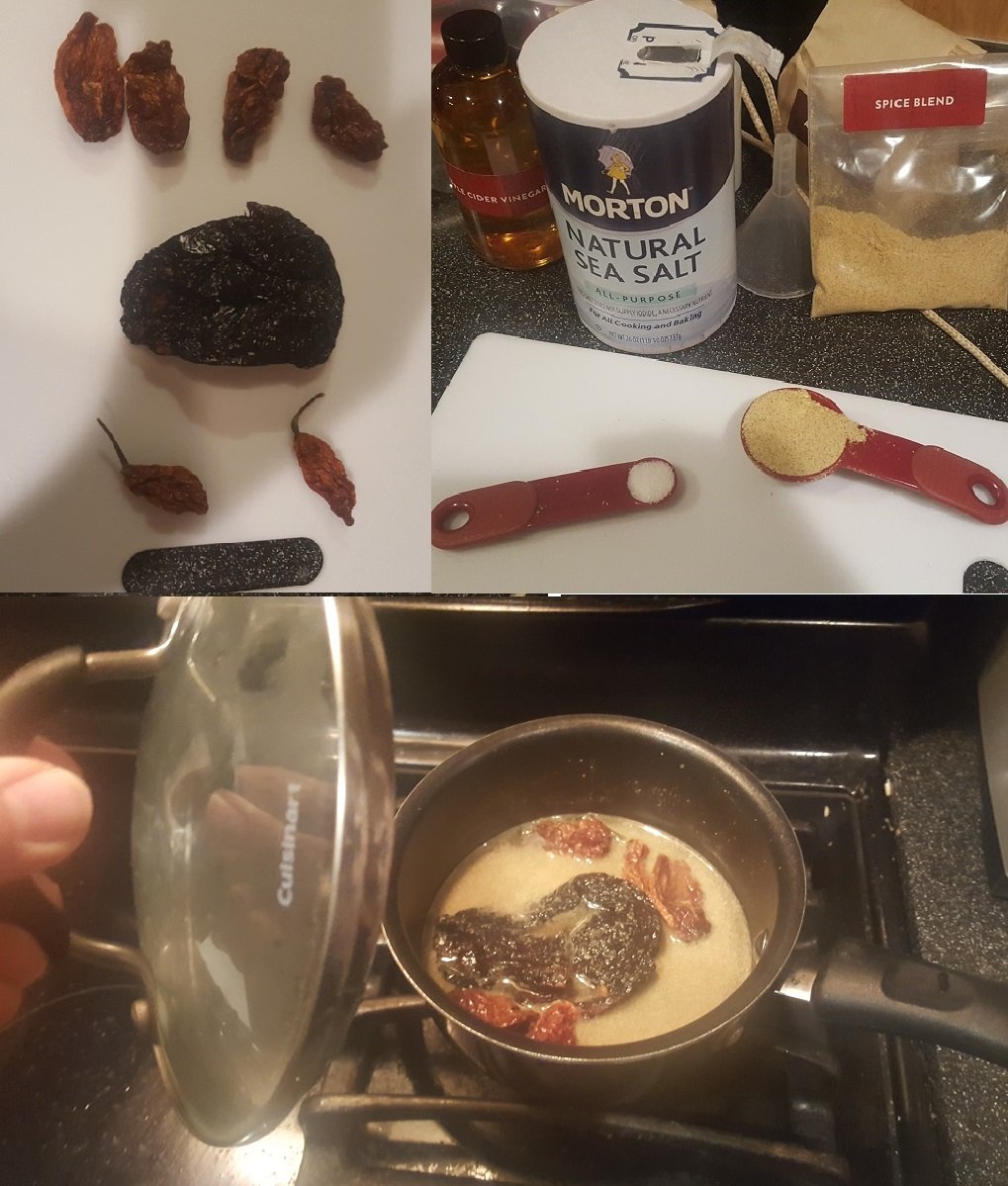 The peppers were then simmered on low for ~3 minutes. 1/2 cup of apple cider vinegar was added, and simmering continued for ~1 minute.

The heat was shut off, and the pepper concoction was allowed for cool for a few minutes. THe contents of the pot were transfered to a blender, pulsed for ~10 seconds, and blended on high for ~45 seconds. The sides of the blender were scraped down into the bottom, and the mixture was blended on high for a final ~30 seconds. 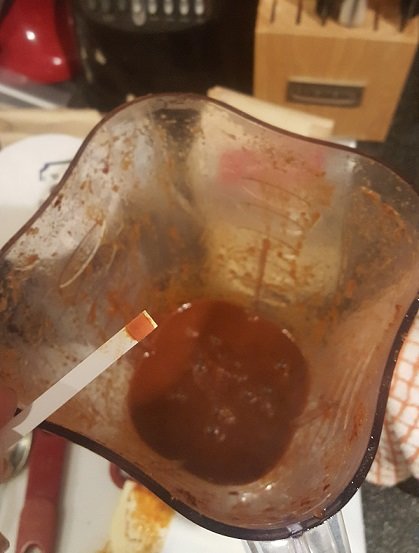 As pictured above, the kit even includes some pH trips to ensure that the sauce is acidic enough to keep at room temperature (3-4). However, there is a glaring flaw with this. The instructions tell you to directly test the hot sauce, and the strip should turn red if acidic enough. BUT, the sauce itself is red and stains the strip....

All that's left is to pour the sauce into the disinfected bottles and apply one of the nifty labels that the kit includes. 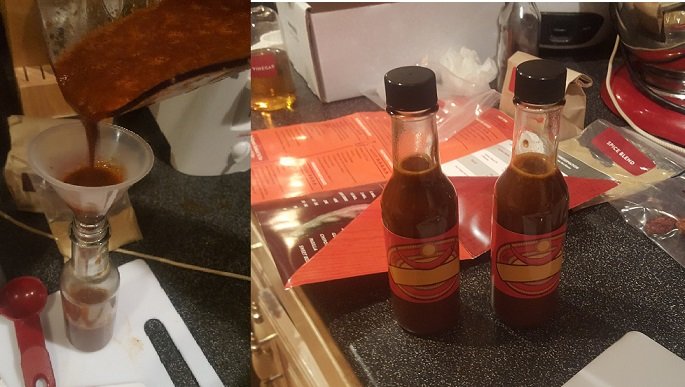 In summary, this kit was fun and the resulting sauce is quite flavorful with a bit of a kick. However, still not nearly hot enough to melt my taste buds. The next time I used this kit I will certainly use all four remaining ghost peppers and throw in some hot spices of my own. 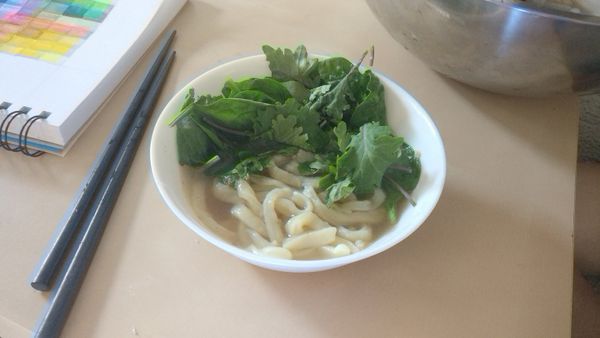 It's gotten cold lately, and there are few things more warming than a nice bowl of noodle soup. The SO and I went out for pho earlier this week and 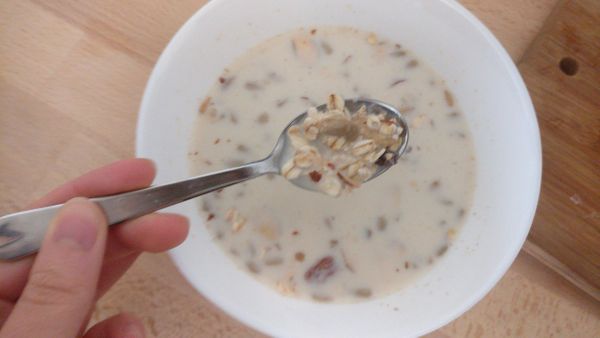 Shortly after graduation, the SO and I went on a cruise together (my first!), and one of my favorite parts of the trip was all the good food. Dinner was