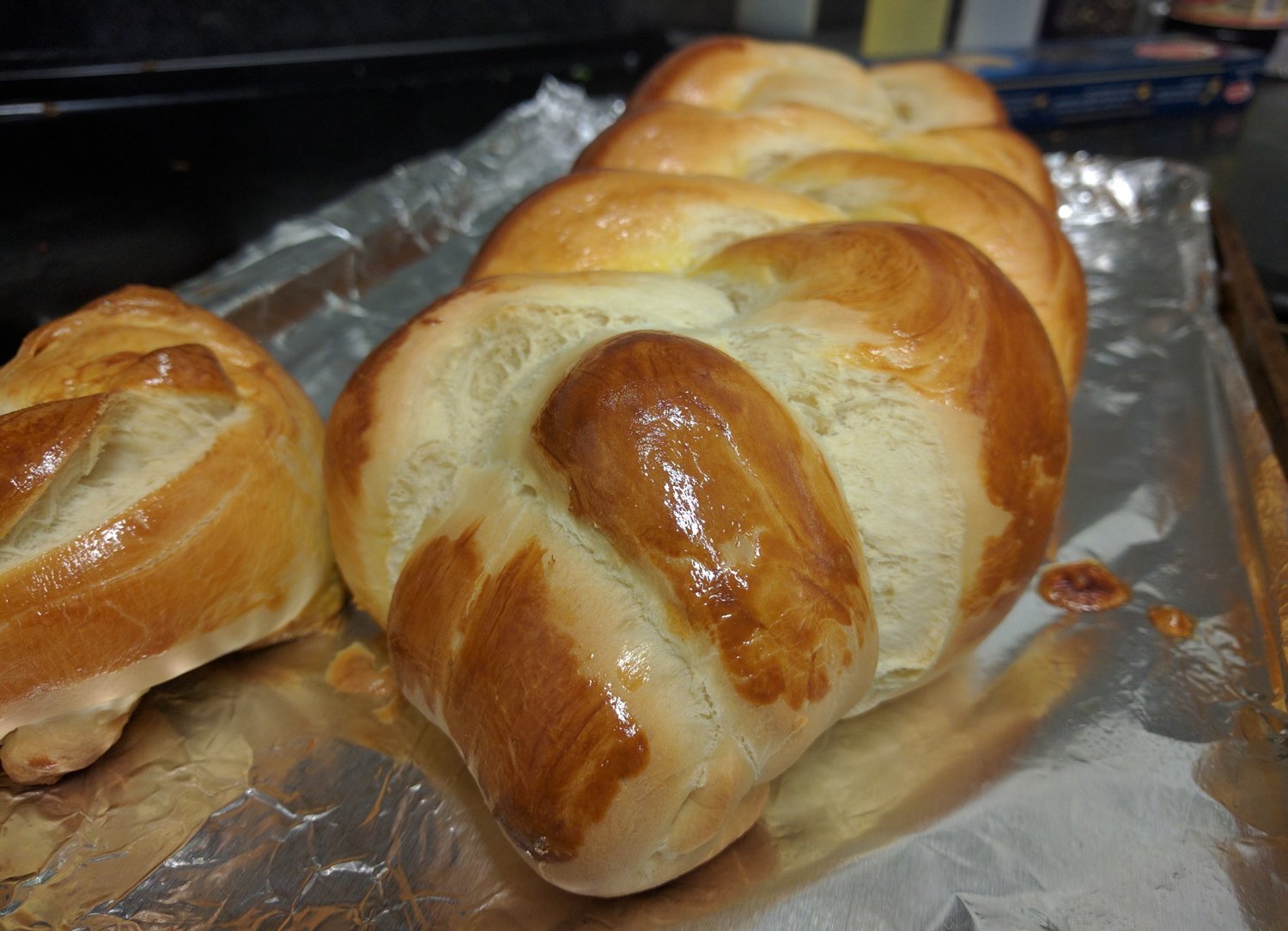 Inspired by the bread I encountered on a recent trip to Zürich, I try my hand at making Swiss Zopf bread. This braided bread is so fun to eat, as the braids partition the bread into easily-tearable pieces. This feature allows Zopf to rank highly on my list of favorite breads.

This is my first attempt at baking bread, so I was not expecting a huge success when planning this. The bread ultimately emerged from the oven looking like the real deal, but there are definitely opportunities for future improvement. I used DK's Zopf recipe as a basic guide for making this loaf, but ended up modifying it a bit. 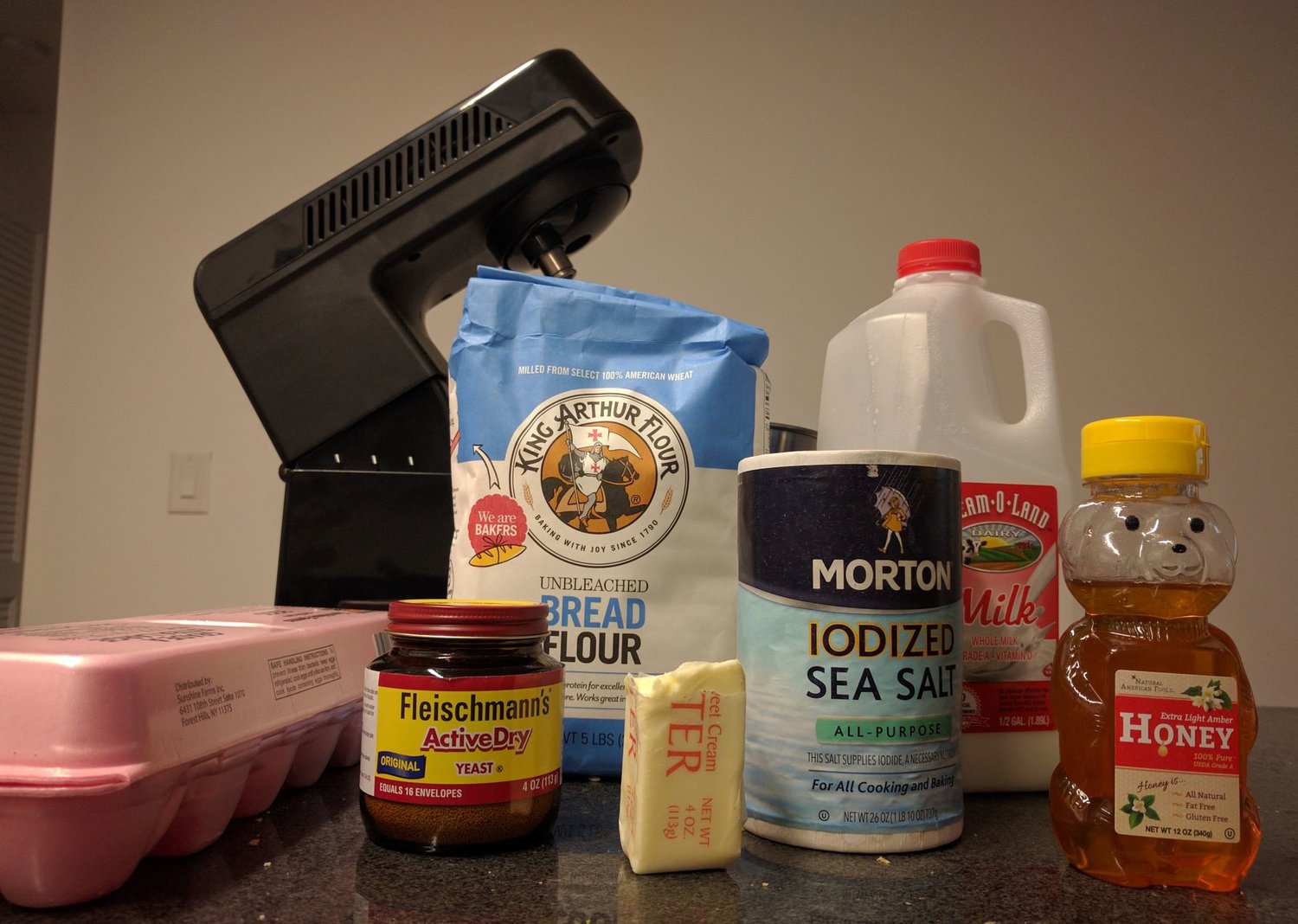 With a stand mixer, this is not too difficult to make, although it was a larger time commitment than I had initially planned for. We will eventually be baking this in the oven at 375F, so preheat the oven at some point.

Use a microwave to melt the butter and to warm the milk slightly (but don't do both in the same bowl). Combine the warm milk, melted butter, honey, and yeast using a stand mixer. After everything is thoroughly mixed, add the flour, salt, and one of the two eggs to the stand mixer and let it run until well-combined.

Once the mixture starts to look like dough, it's time to knead. You can either do this manually or with a stand mixer. 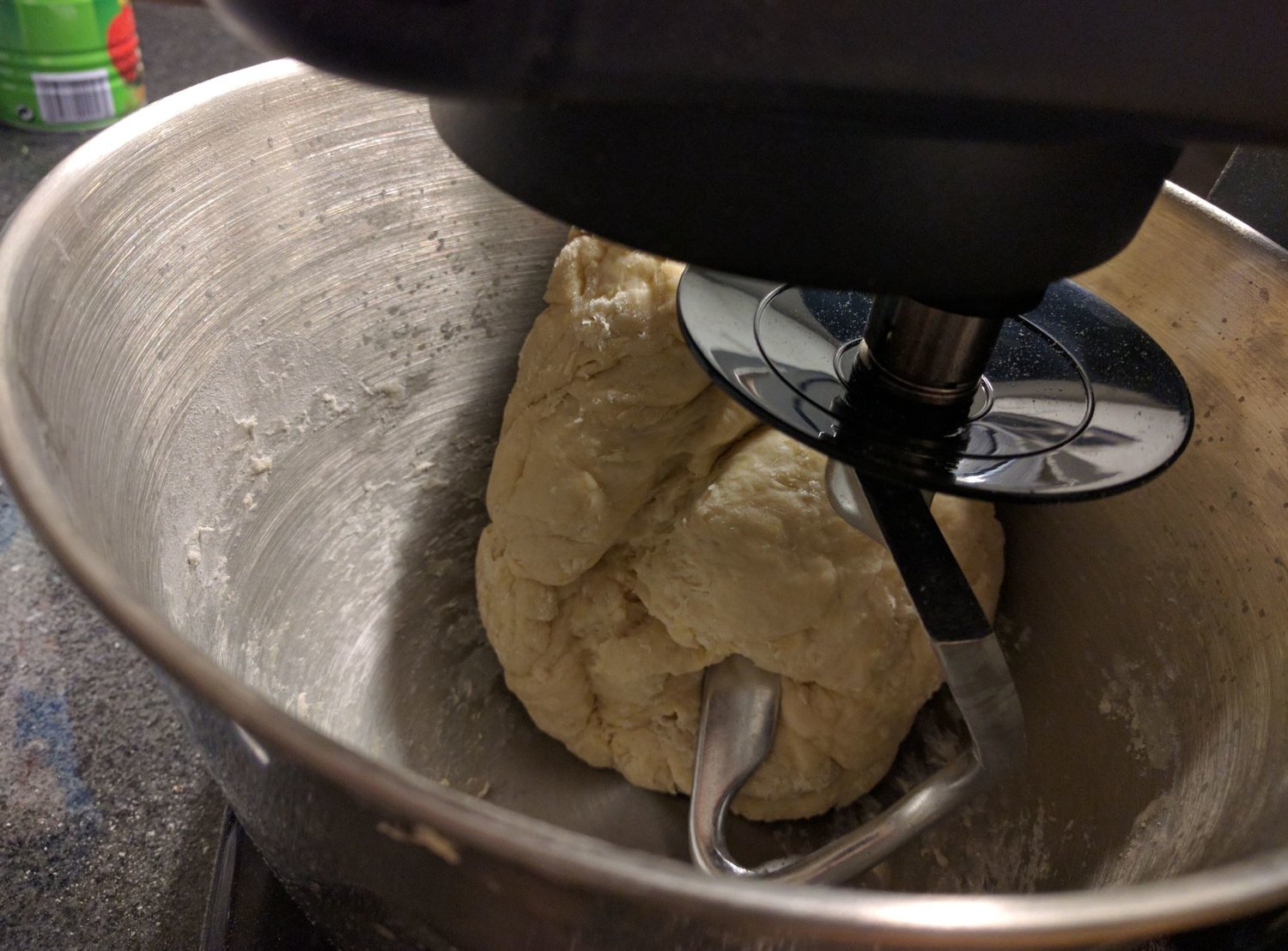 Let the dough rise until it is roughly double in size. This will probably take around 1.5 hours. 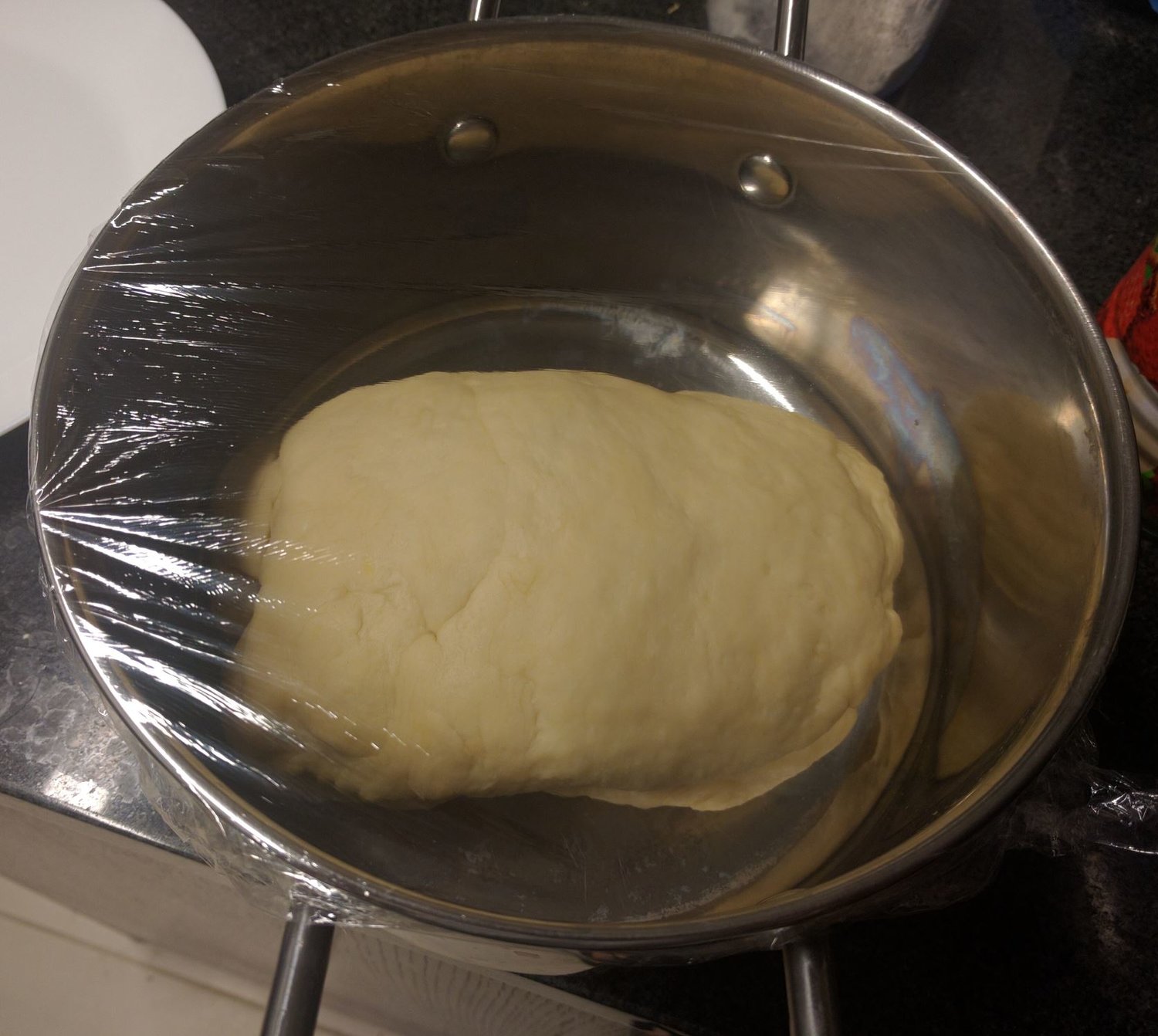 After the dough has risen, divide the dough into three elongated disconnected components. 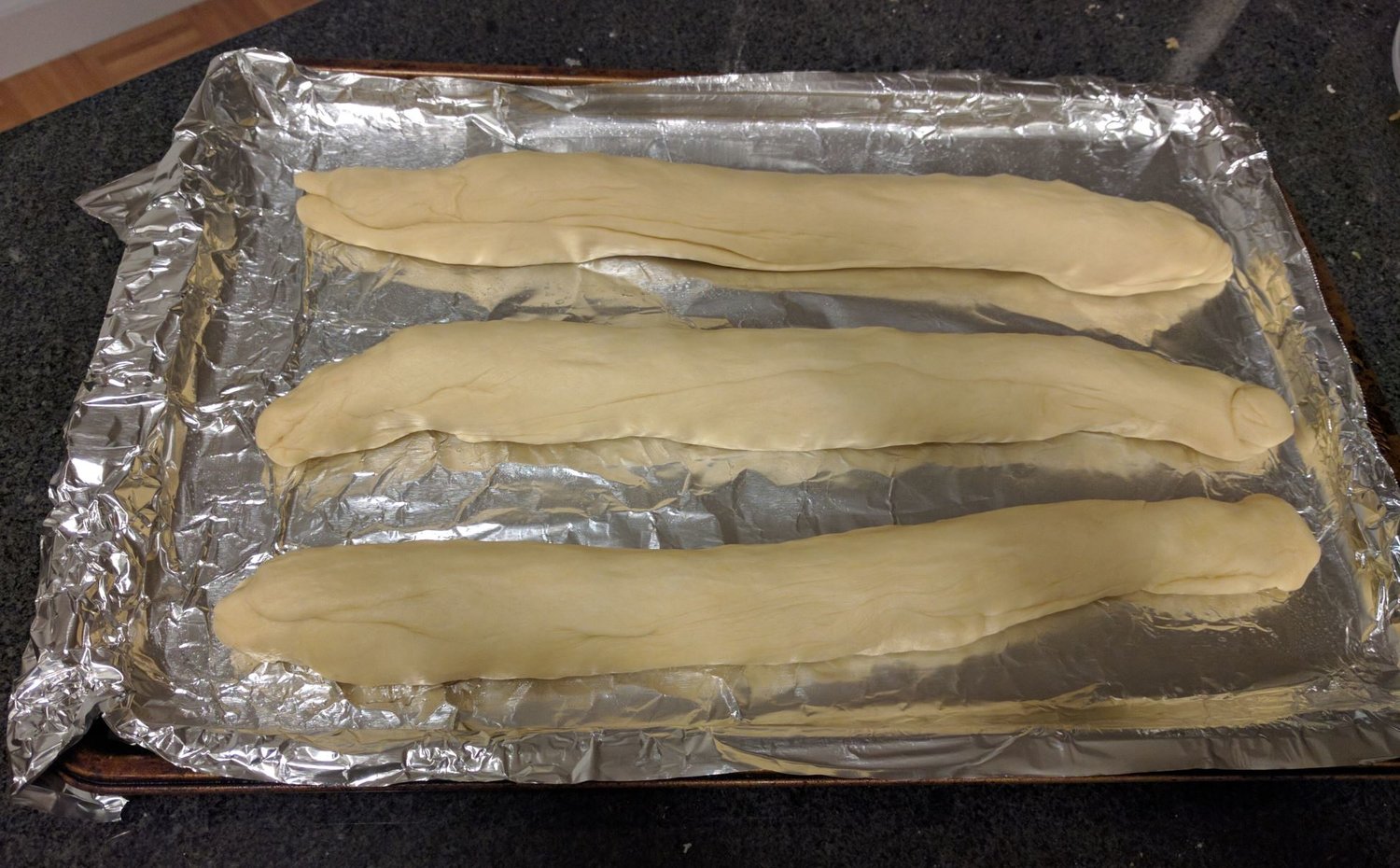 Now for the fun part: braiding the dough. Just start at one end and fold the outermost pieces over the middle piece in succession. 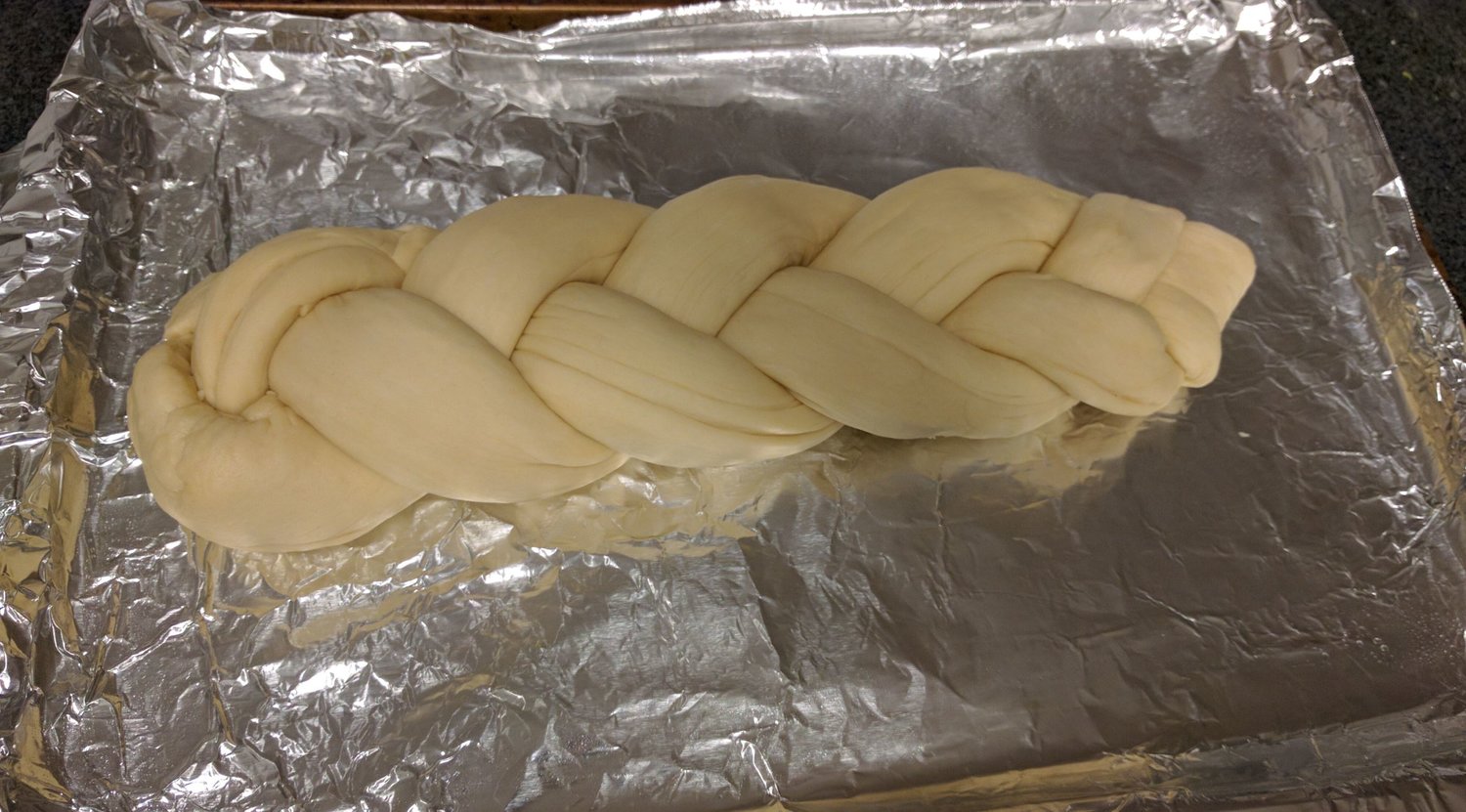 At this point, you can let the dough rise a bit more in the braided state. My dough was already getting quite large, so I only let it sit for as long as it took to preheat the oven to 375F.

Right before placing it in the oven, brush some egg yolk over the dough. This will give the bread a nice brown exterior. Bake this for around 30 to 40 minutes (until golden brown). 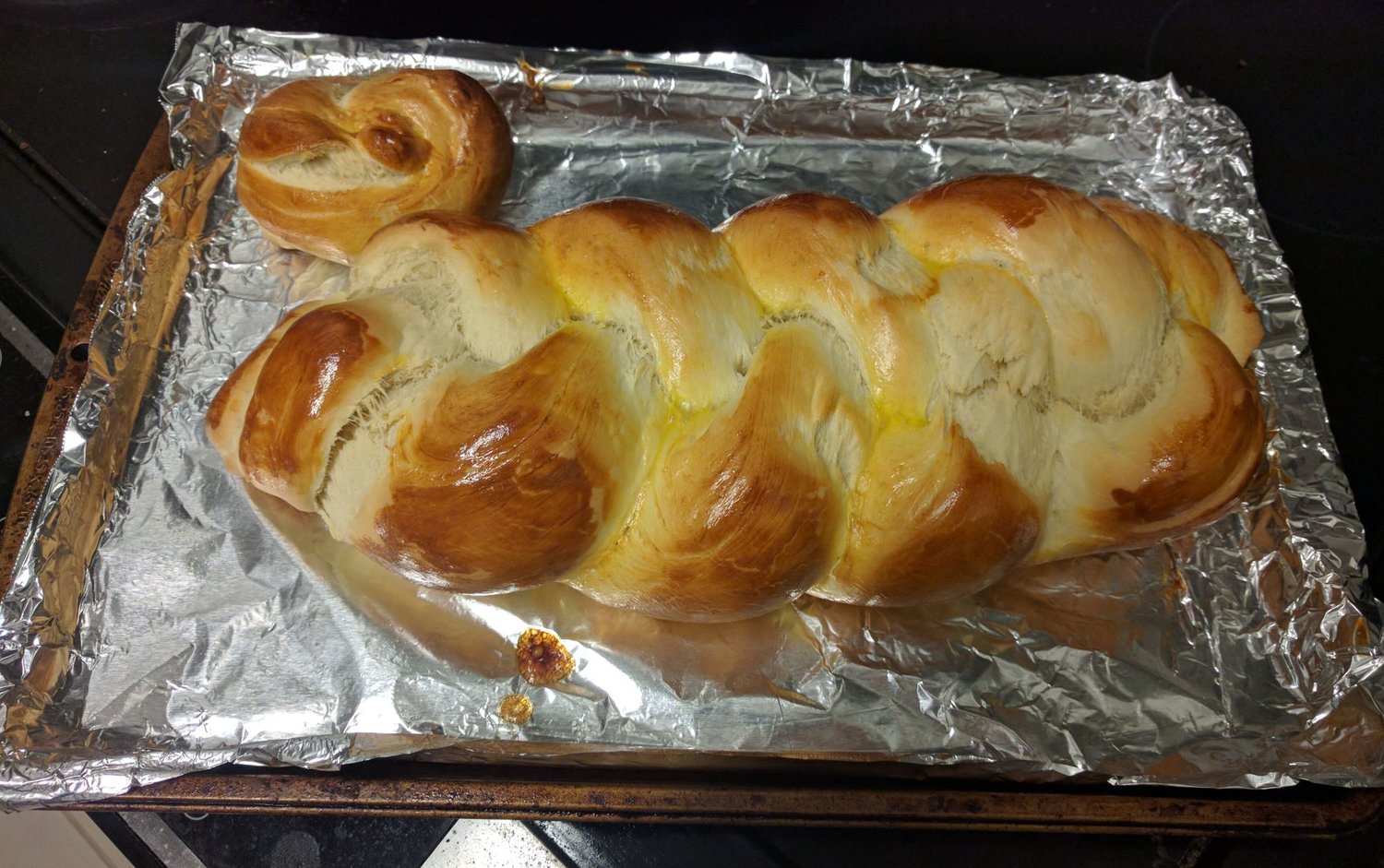 This was not bad for a first attempt at baking bread, although the bread in Switzerland is better by a wide margin. Perhaps making the loaf more buttery would help here. The bread is still fun to eat/pull apart, though. I look forward to learning more about the art of baking bread in the future.

Seafood can be difficult to cook sometimes, but here's a simple recipe that will help you impress your friends. I learned this from one of my college friends. He cooked it for us one winter when mussels were cheap and plentiful in Pittsburgh. Now

We're back with another soup! If you like tacos and simple recipes, I think you'll enjoy this. The hardest part of this recipe is waiting for the soup to boil.