I've watched a ton of vegan cooking channels featuring jackfruit as shredded meat, so I had to see if it was a real dupe.

Spoiler alert: Using this recipe, it was not. 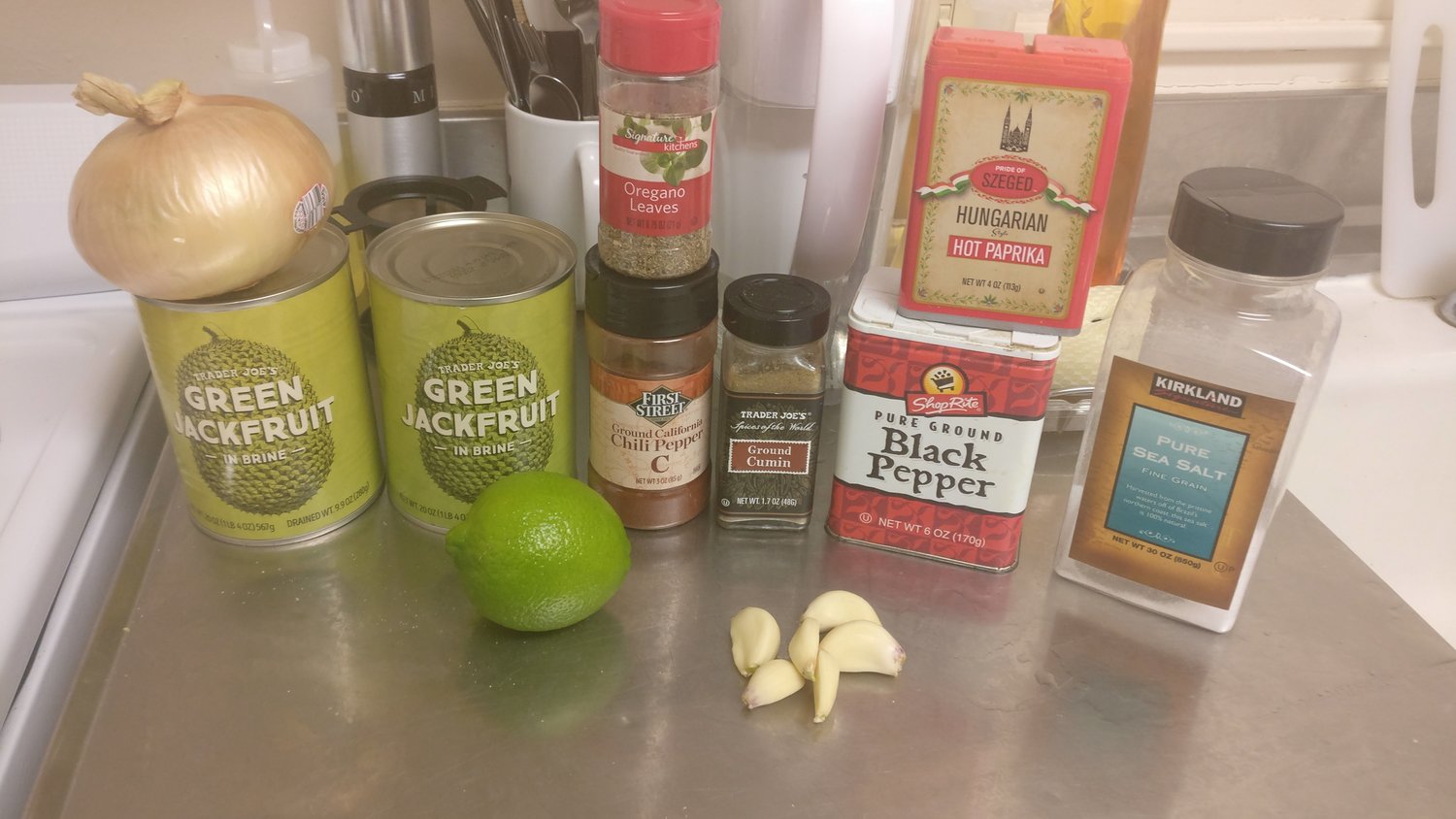 Open the cans of jackfruit. Drain and rinse off the brine and pray that the vinegary flavor will diminish. 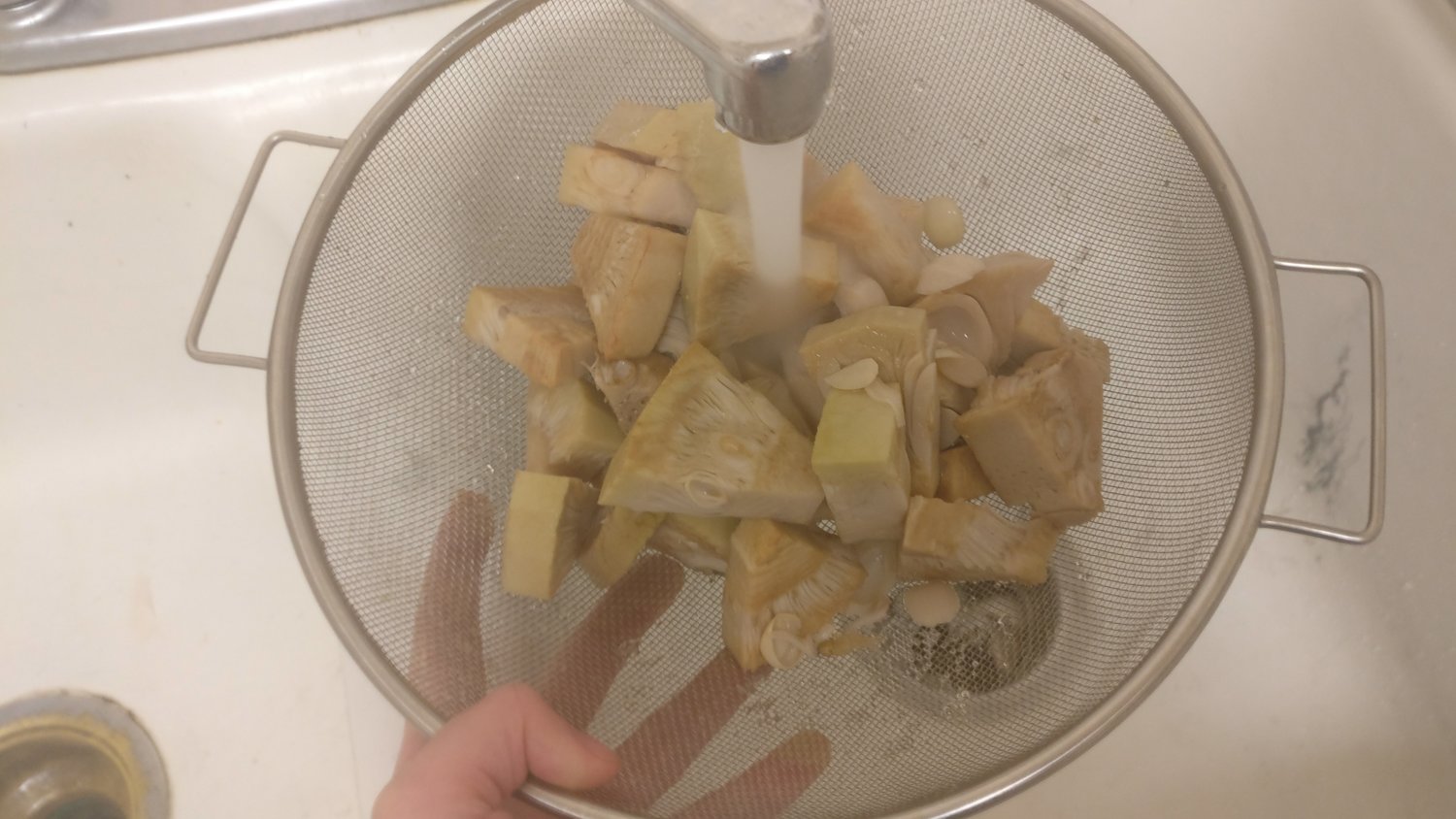 Now from my studies on jackfruit "meat", I learned that the core is thae toughest part. For this reason, we will want to cut each piece in order to breakdown the core. 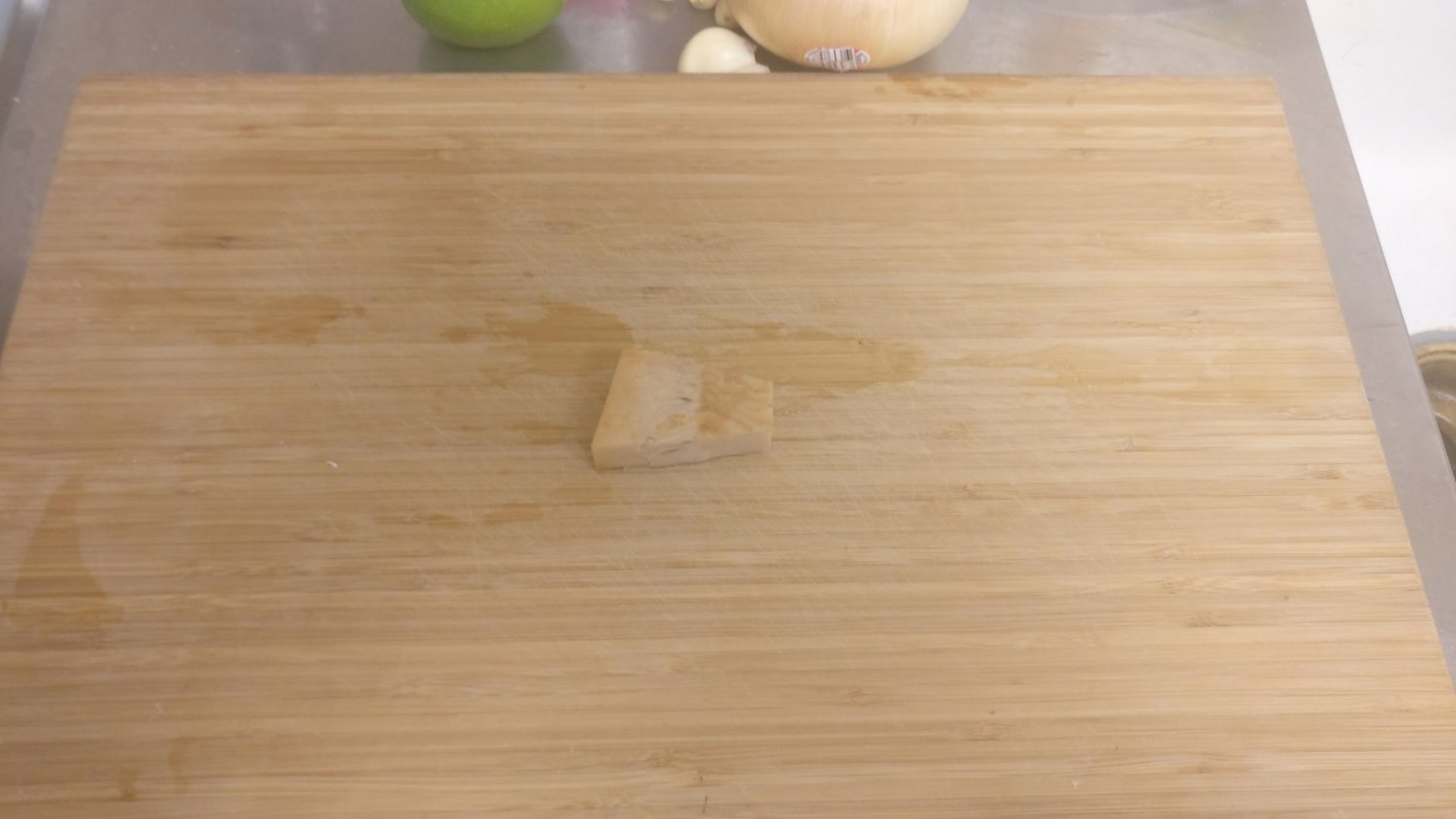 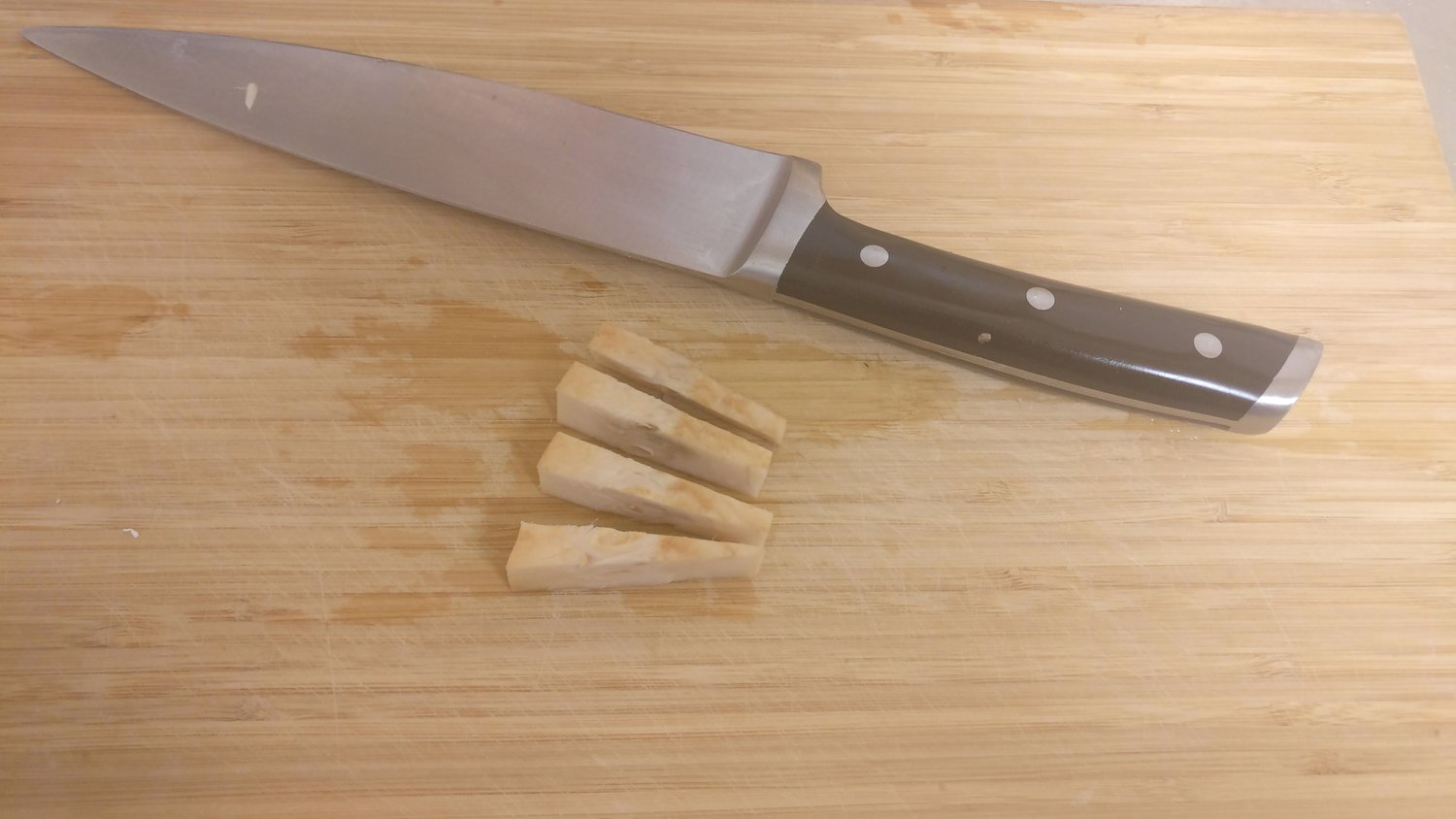 Interestingly, the seeds are soft and edible, so feel free to keep those. 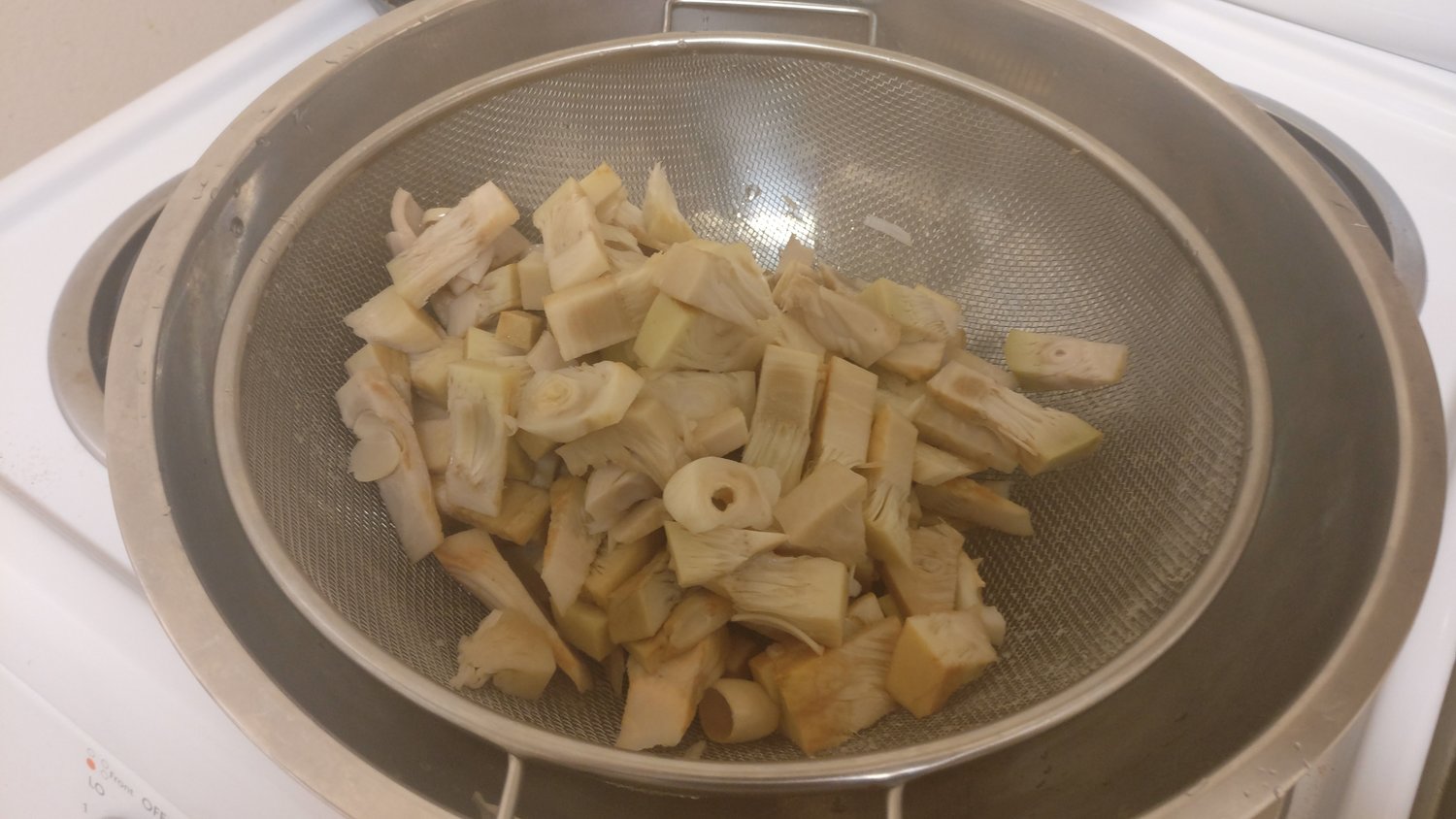 For extra measure on removing brine, i tried soaking the jackfruit as I proceeded to prep the garlic and onion. 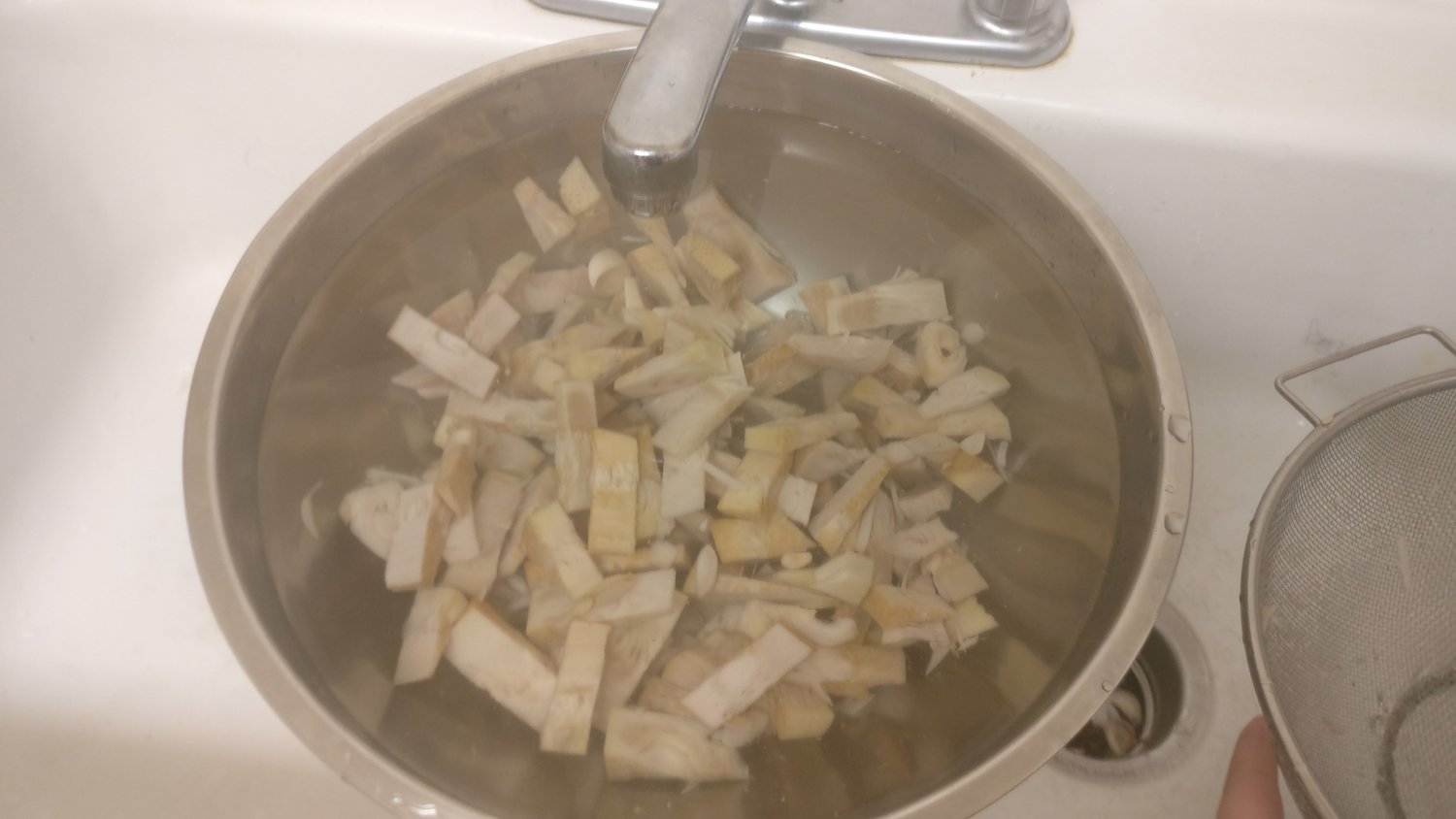 Mince the onions and garlic. Prep the lime for juicing. 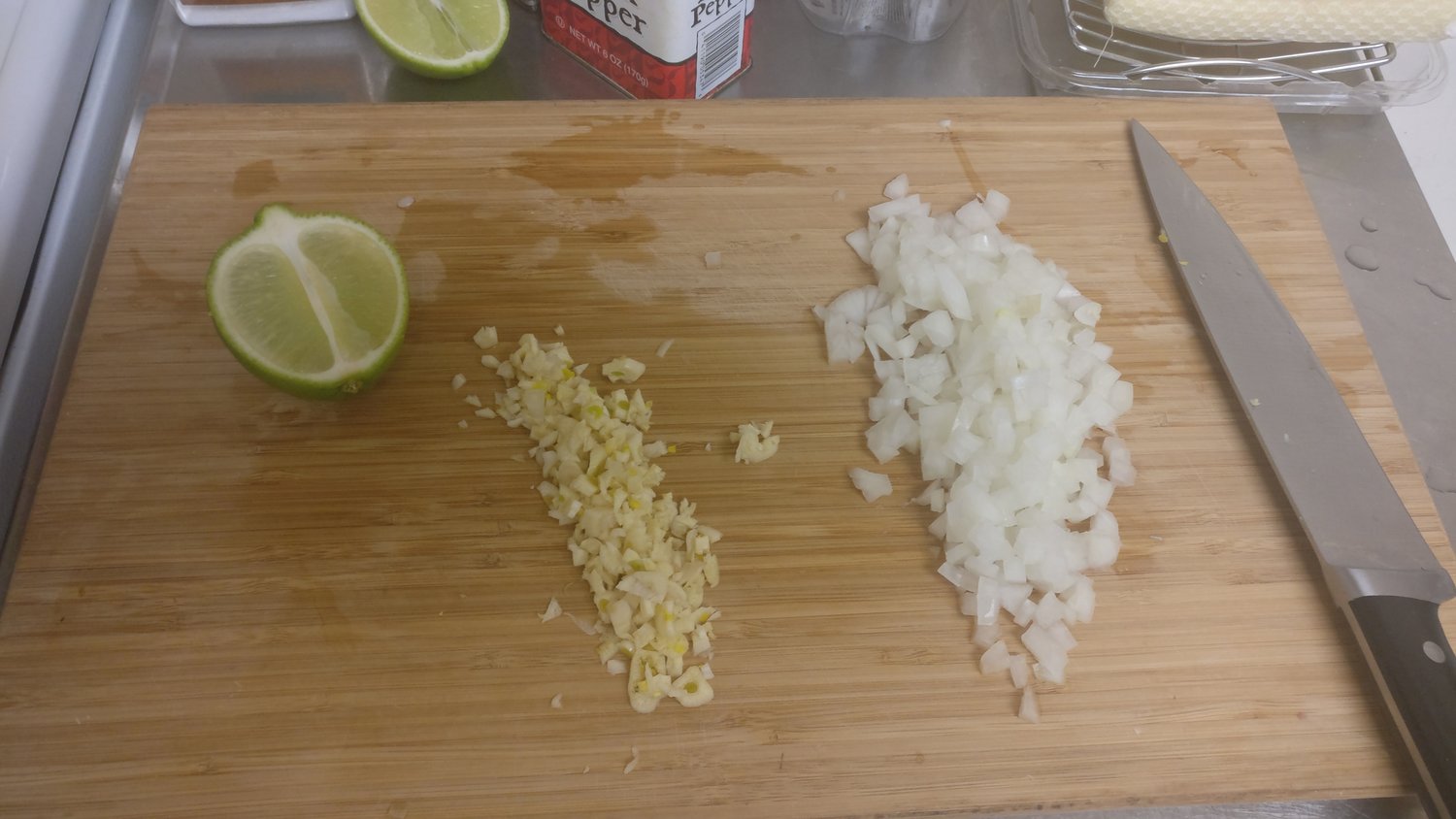 Toss some oil in a pan and start cooking the garlic and onion until the onion becomes soft and translucent. 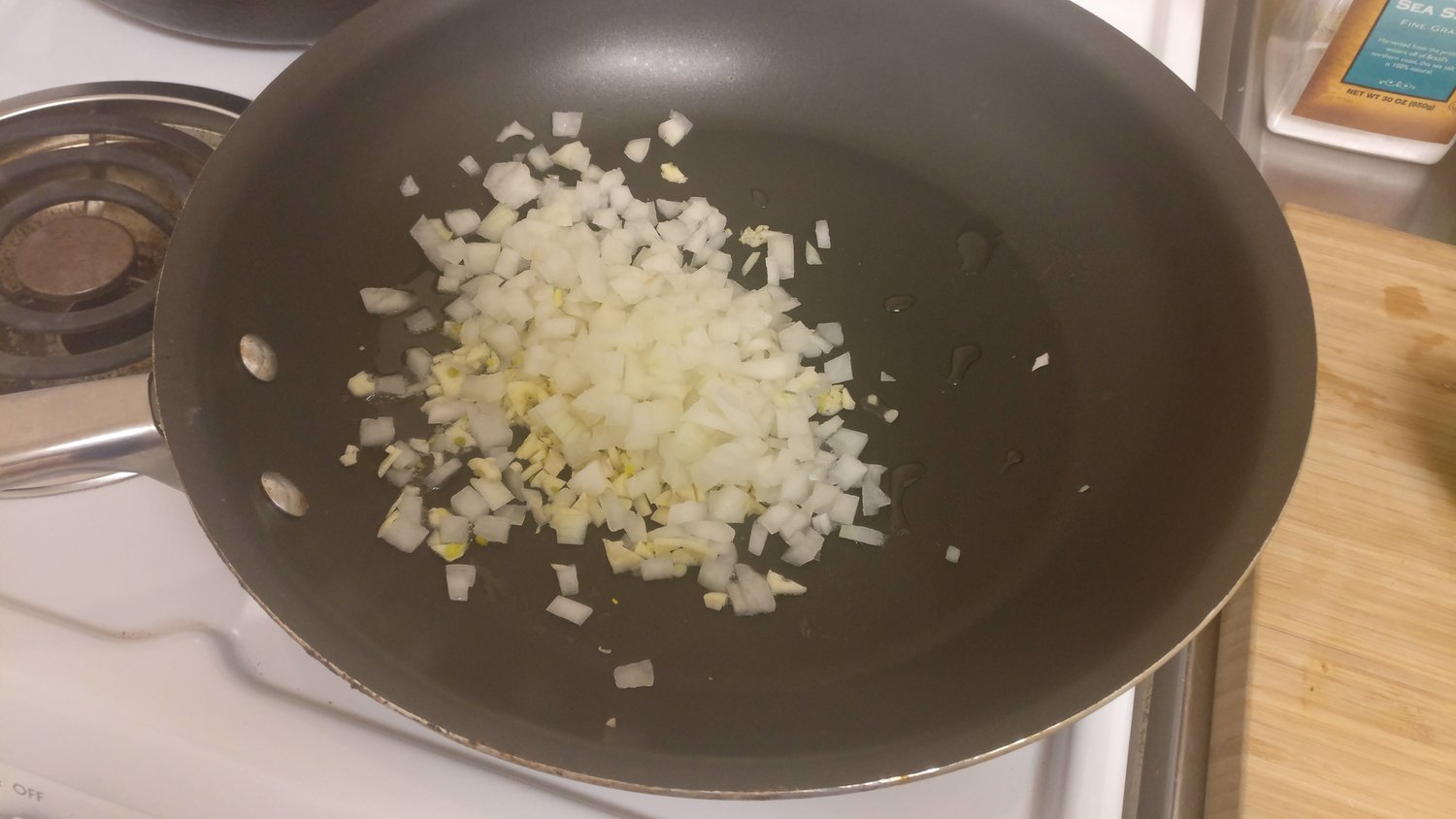 Toss in the jackfruit. 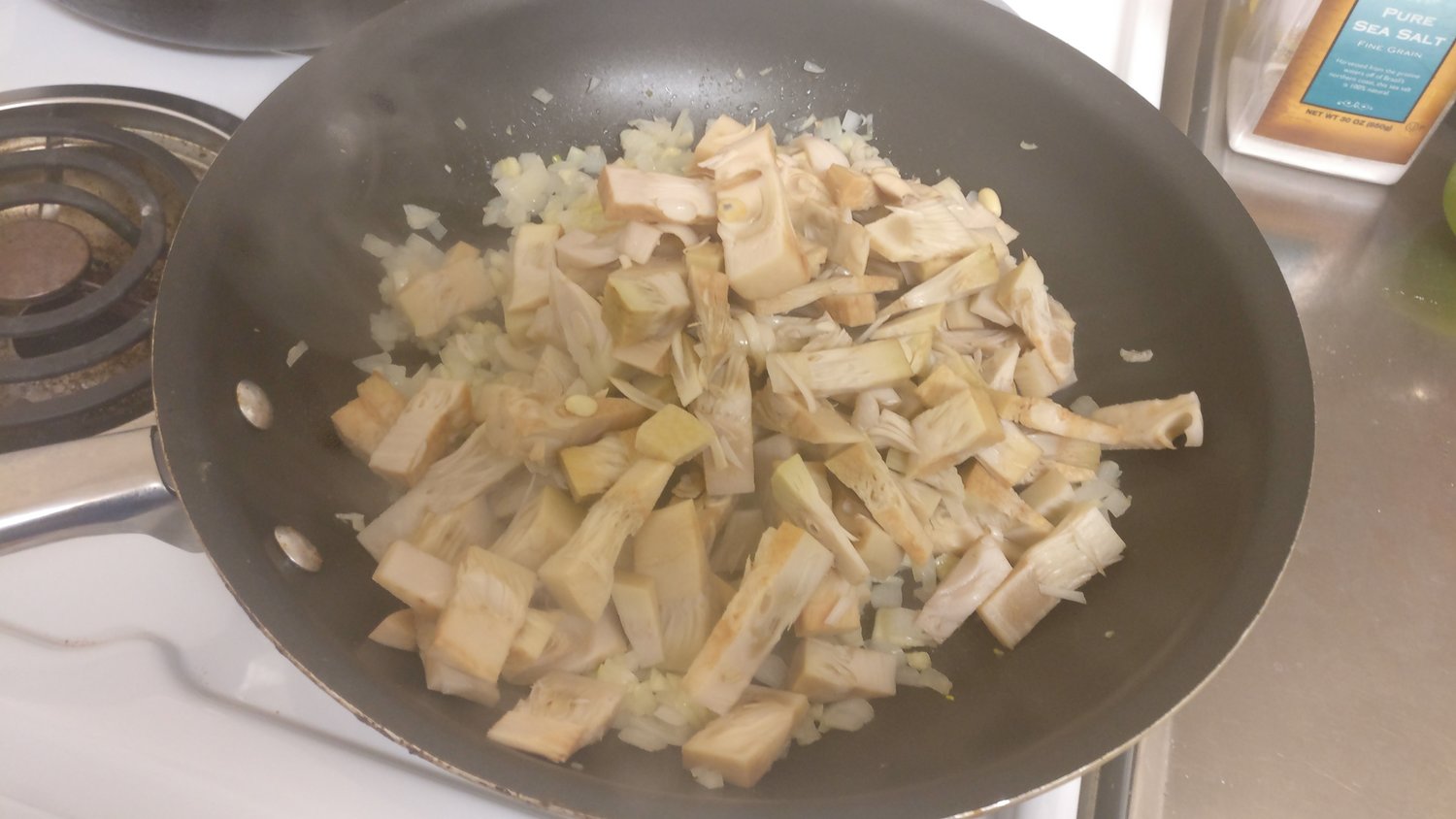 Add in all the seasonings (to taste??). At this point, I also added a tablespoon of maple syrup.

I later learned that I would need a LOT more of everything in order to not taste brine. 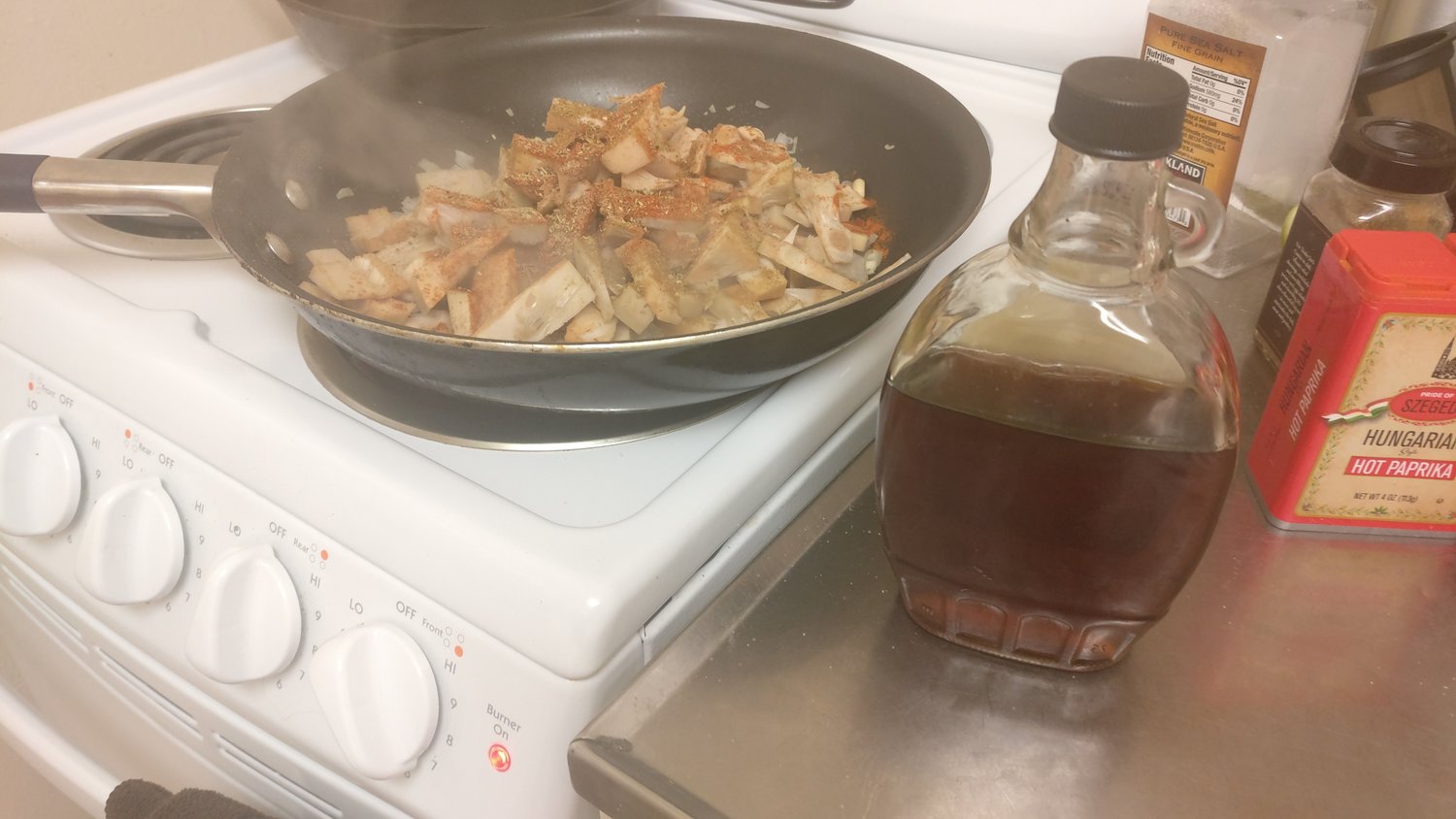 Add in some liquid--water or broth--to simmer the jackfruit and soften it. 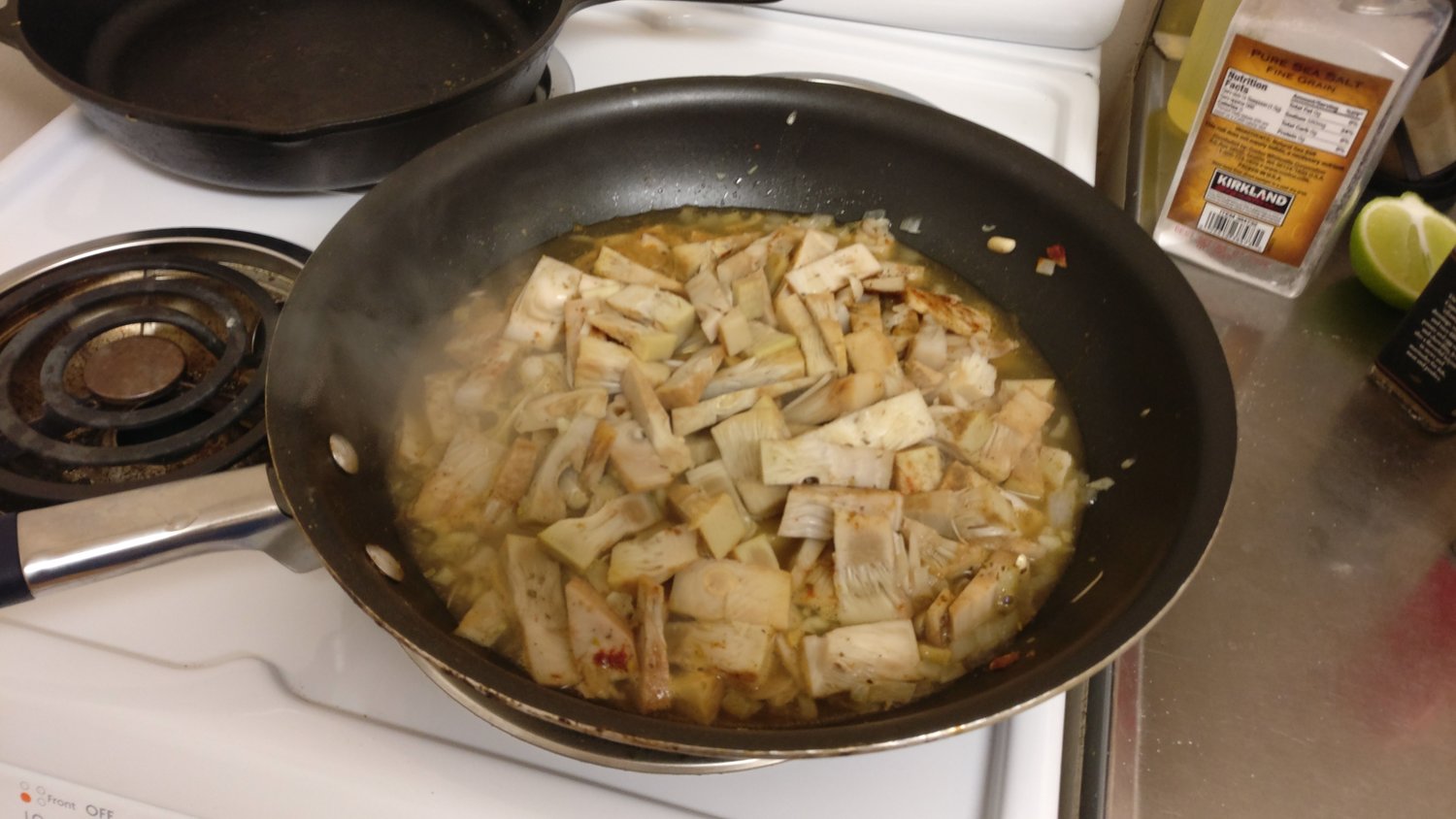 Trying to accomplish this task using a wooden spoon in my non-stick pan was the biggest workout of my life. 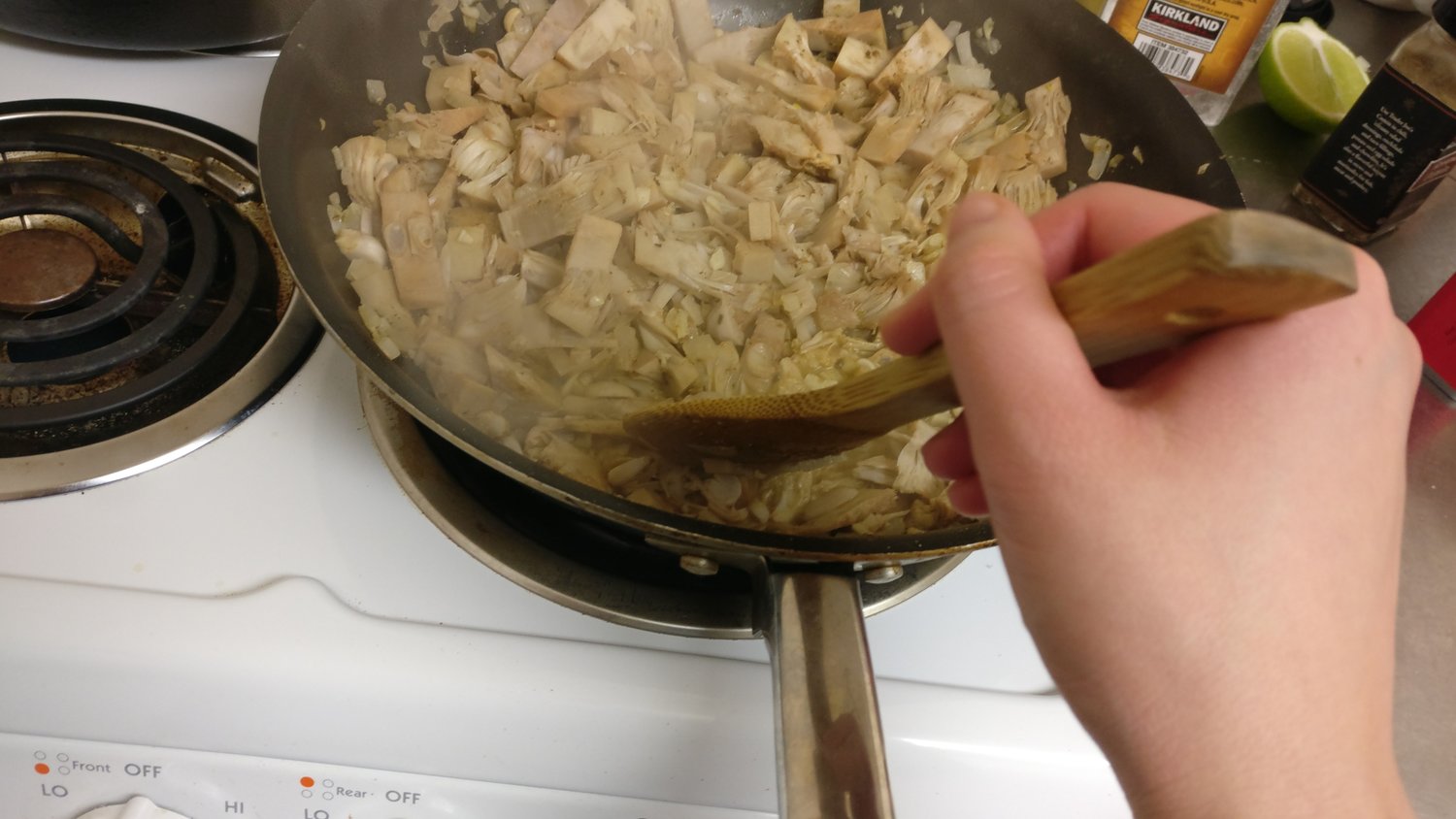 Continuously taste and season. I'm pretty sure I added at least 5 more tablespoons of maple syrup at this point, along with a lot more salt, garlic powder, and onion powder. 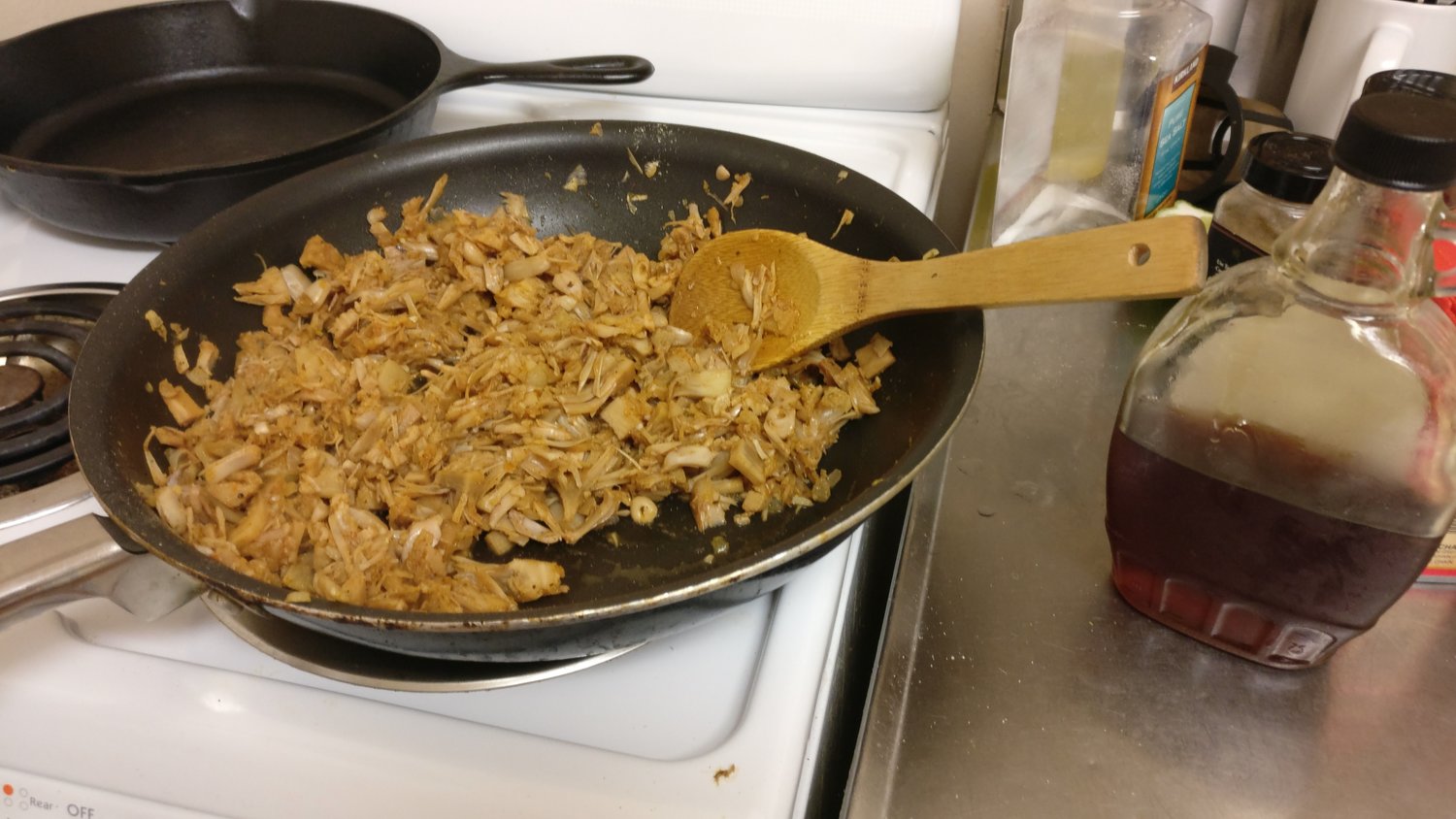 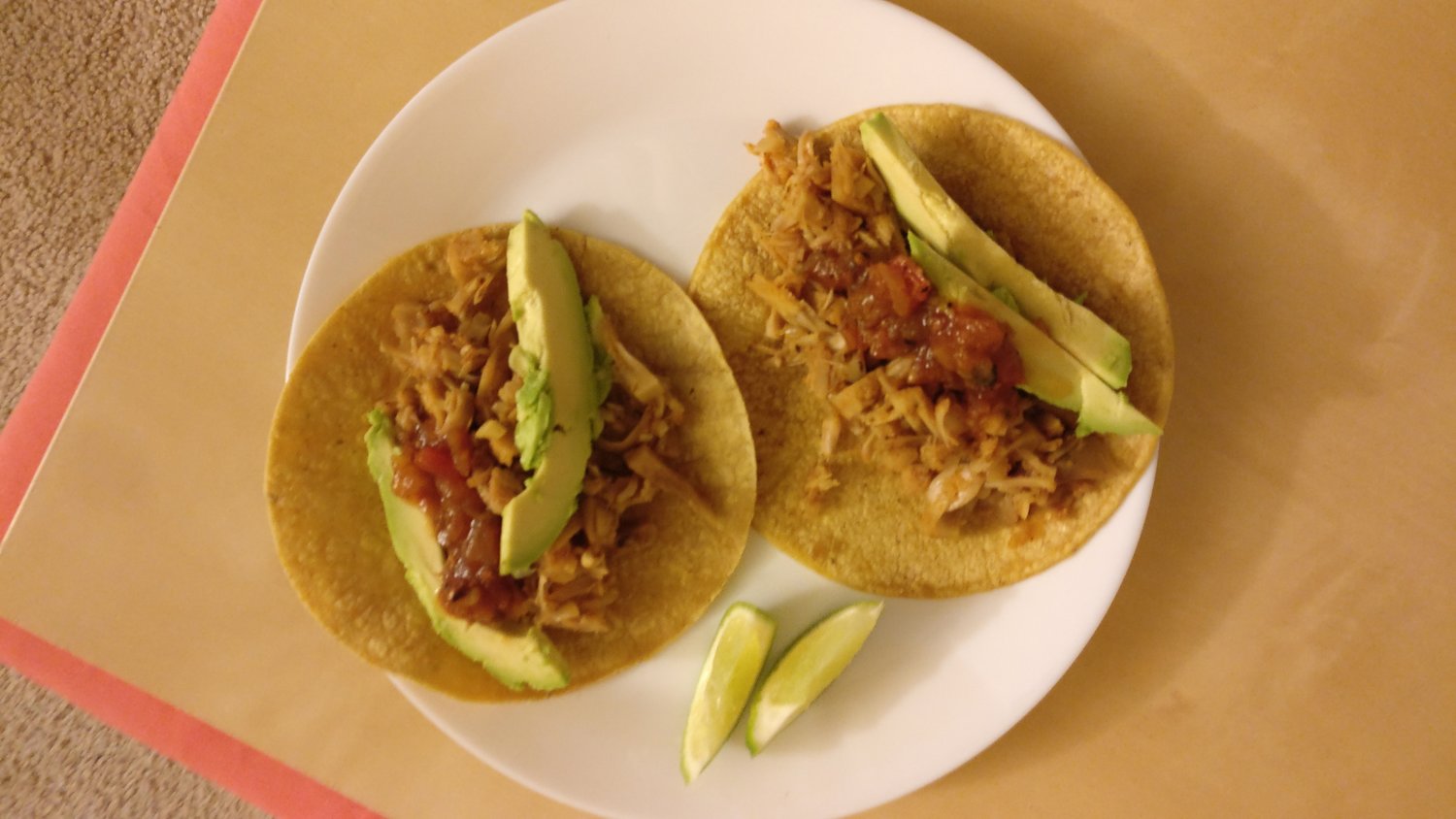 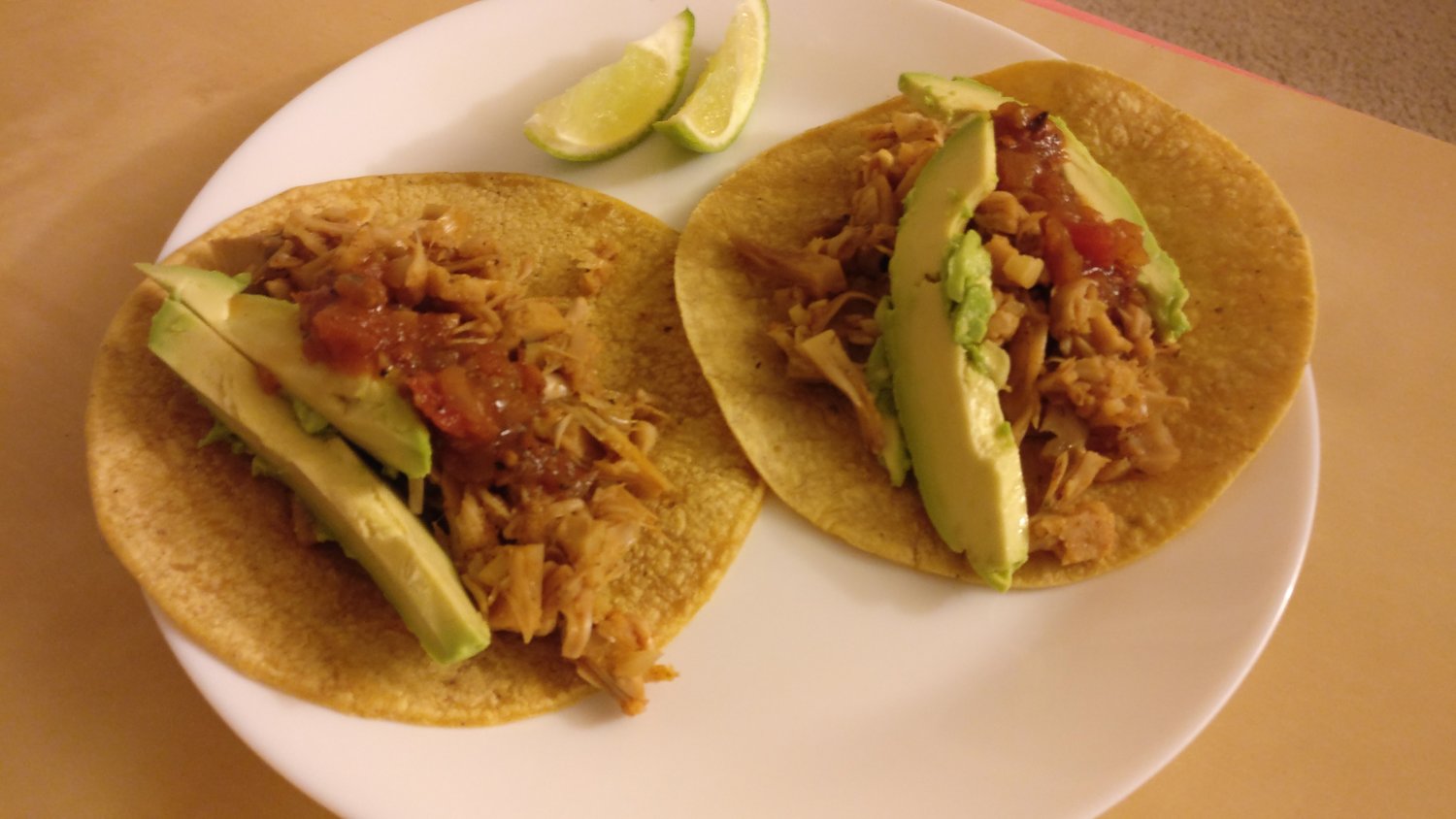 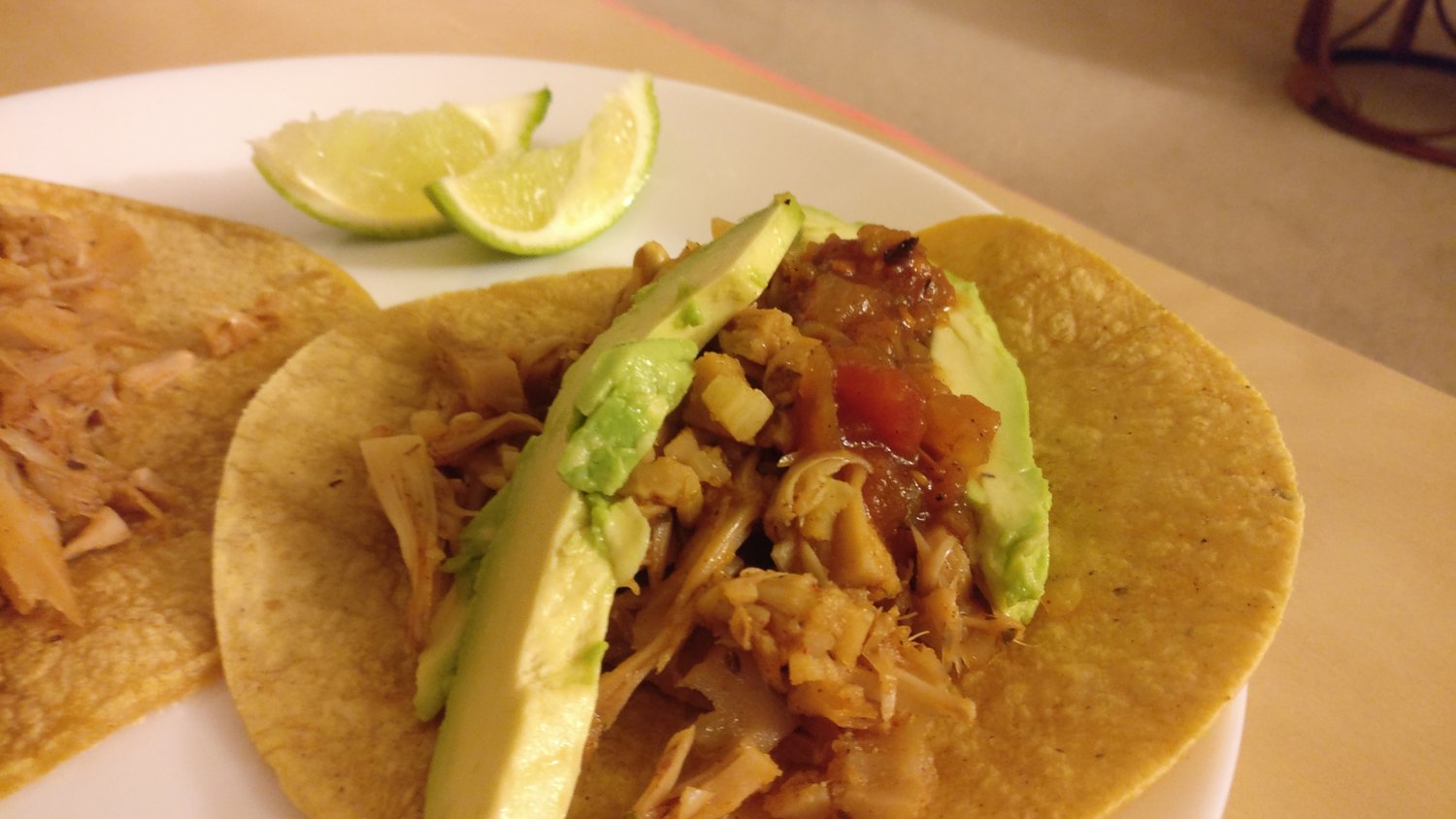 Interestingly, the jackfruit on its own was not very good and definitely did not taste like meat at all...but once it was in the tortilla with avocado and salsa, it was pretty good!

However, the SO is very averse to the idea of non-meat things acting like meat (e.g. portabello mushroom burgers), so he was only able to force one taco down his throat before running away to scavenge the frisge for something else to eat. Big applause to his effort for trying though!!

This recipe could definitely be improved by getting fresh jackfruit or one without as strong of a briney flavor, but this wasn't bad.

That being said, I probably would not make again due to the effort in mashing everything down. 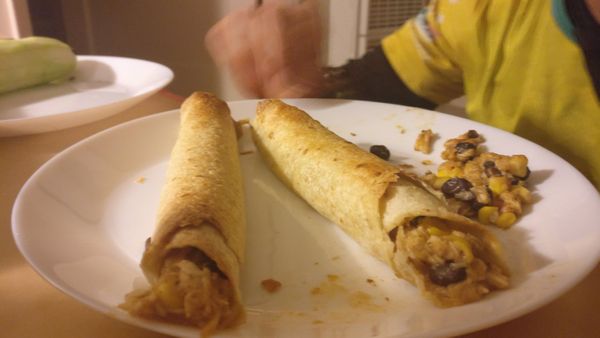 My no-sick streak since middle school finally ended at the beginning of February, as I was out with fever and non-stop mucus production. During that time, I binge-watched my fair 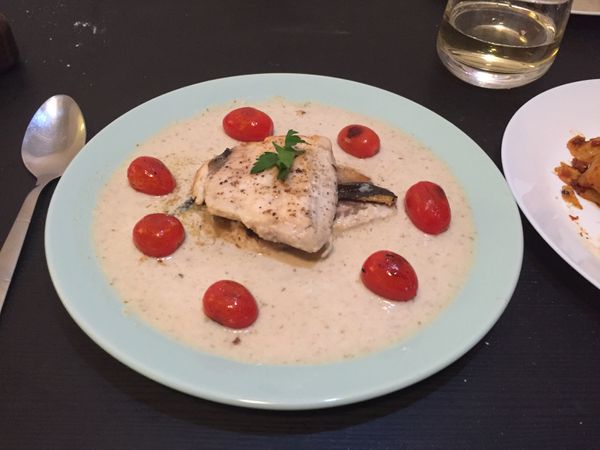