There was a week where I went on a breakfast-for-dinner kick, so one evening was Frittata Night.

I've always seen these being made in cast iron pans, but I'd recommend using a pie dish instead. This was such a pain to clean, but otherwise, it was delicious.

Heat up a pan (or cast iron if you want to ignore my warning about the pains of cleaning this later) and cook down the onion until it's soft and caramelized.

Toss in spinach and wilt this down. It might help to add a splash of water to get some steam going.

Add the frozen broccoli and canned tomato. I had a thought that the acid from the tomato might ruin in the cast iron's seasoning, but I like to live dangerously sometimes.

Add in 2 cups of egg whites and enough seasoning to your heart's desire.

Cook up enough on the stove until you can see the egg start solidifying a bit on the edges. When that happens, pop the cast iron into the oven for 15 minutes.

When time is up, sprinkle some cheese on top and put back under the broiler, keeping a close watch for 30 seconds to a minute.

Admittedly, it's not as decadent as a frittata with full eggs and cream and cheese inside, but this was a nice lighter alternative!

Again, highly recommend making in a pie dish instead of cast iron, or you could portion this by cooking the ingredients, and putting everything into muffin tins to bake. 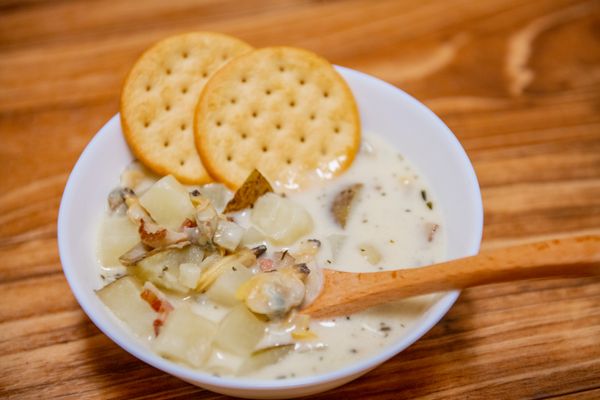 When you buy an Instant Pot, it comes with a recipe booklet, and I tore out the pages for the ones that caught my eye, set them aside to play 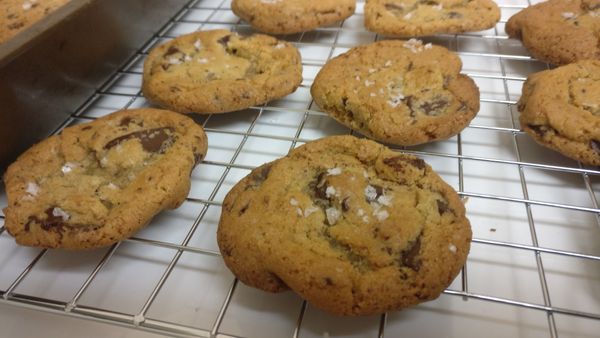 About once a quarter, I get an immense craving for either warm melty fudgey brownies or soft melty chocolate chip cookies sprinkled with sea salt. Lately, it's been the latter,