Ramen, one of the quintessential foods for winter. I love how warm and nourishing the meal is, and batch cooking it in the winter is one of my favorite ways to prepare meals for the week. Personally, I've always done Tonkatsu ramen before thanks to Kenji's great recipe, but this winter, I couldn't help but marvel at the fresh seafood and think, man, wouldn't a seafood ramen recipe be great? After much searching, I couldn't find one that does it well from scratch.

Thus, I bring you my own seafood ramen recipe. It's honestly pretty simple. The idea is to first make a light chicken broth and later infuse it with seafood flavor by quickly boiling seafood in the broth. You'll need to do the prep work for the broth somewhere between 6-24 hours before it's ready to serve. For the vast majority of the time, you'll be letting it cook on the stove. After the broth is ready, you'll need to set aside some time aside for prep work for the toppings.

The ingredients you'll need for this recipe is as follows:

Before we start the broth, make sure that the seafood is stored properly. This is one of the most important aspects of seafood ramen: maintaining your seafood quality. For the mussels, cover it with a damp cloth in the refridgerator. For the shrimp, peel them first and keep the peels in a bowl on the counter. Keep the shrimps in a different bowl and cover them with a wet cloth in the refridgerator. For the scallops, just throwing them in the fridge should be good. 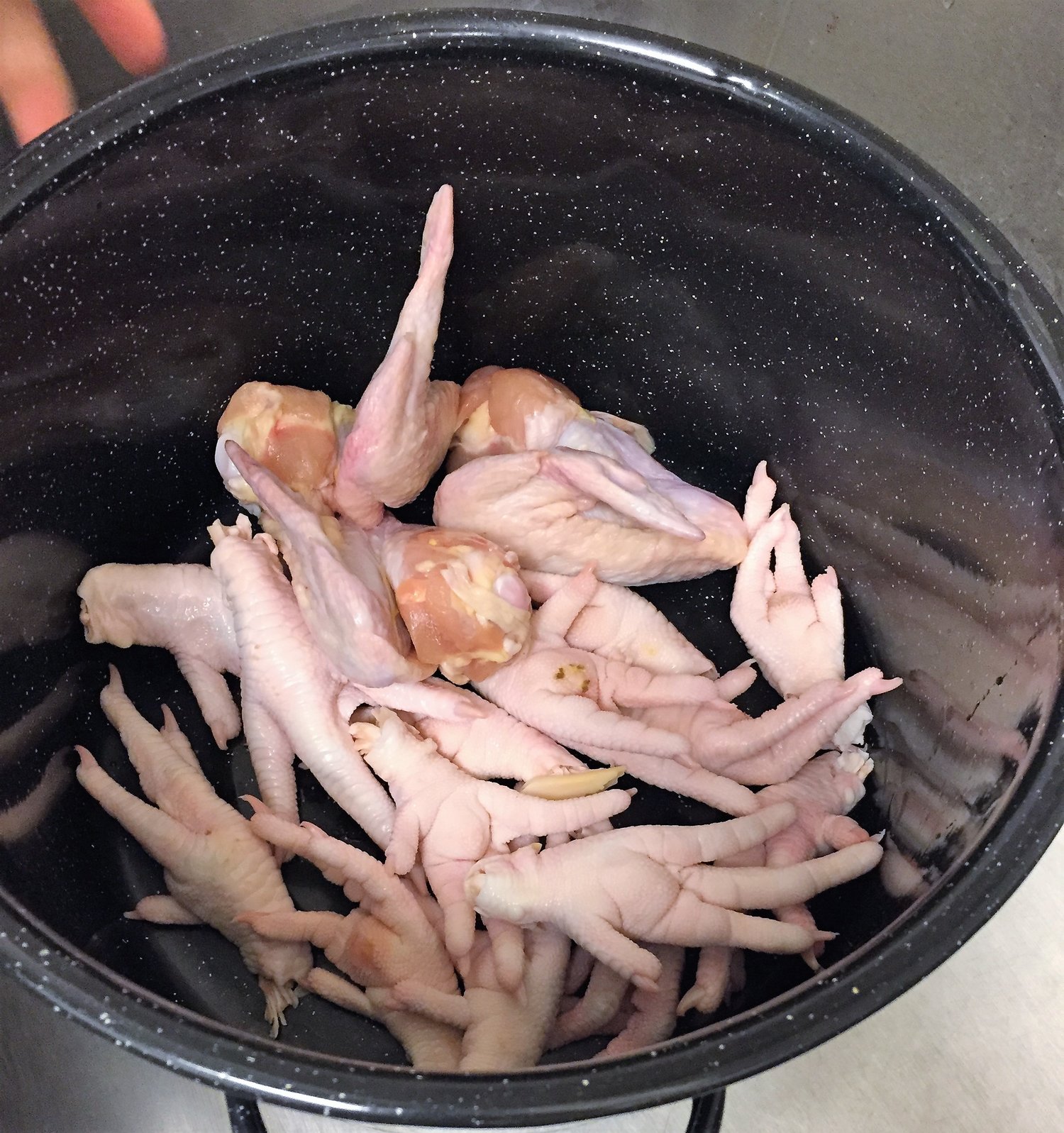 Now, onto the broth. We start by putting chicken feet, chicken breast, and chicken wings into a large pot. 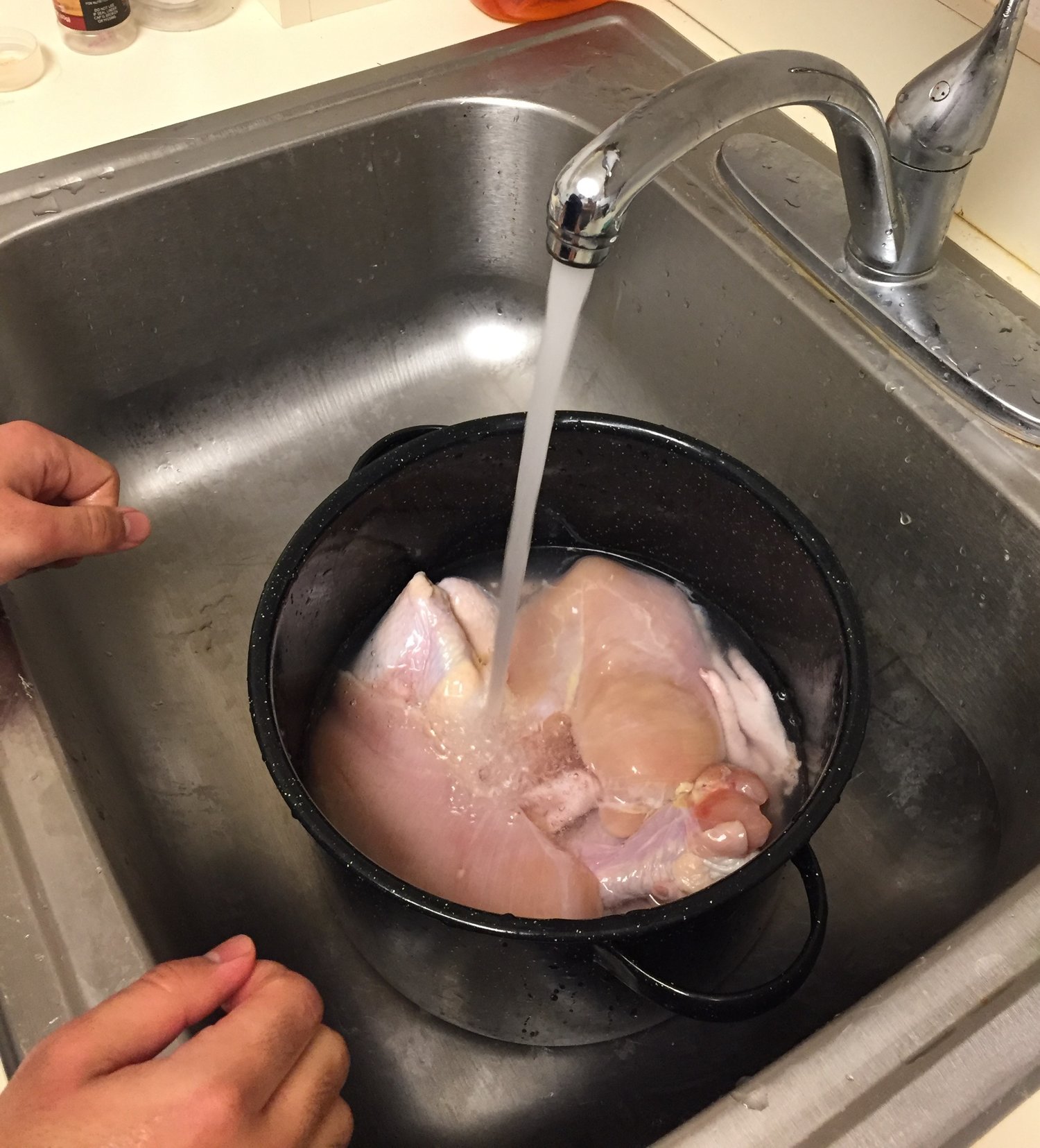 Fill the pot with water and bring it to a boil. Let the pot boil for 10-15 minutes, and dump the water out. Proceed to fill the pot with cold water again, and rinse the wings, feet, and breast under the cold water. This will help remove the small giblets in the chicken to make your broth more clear. 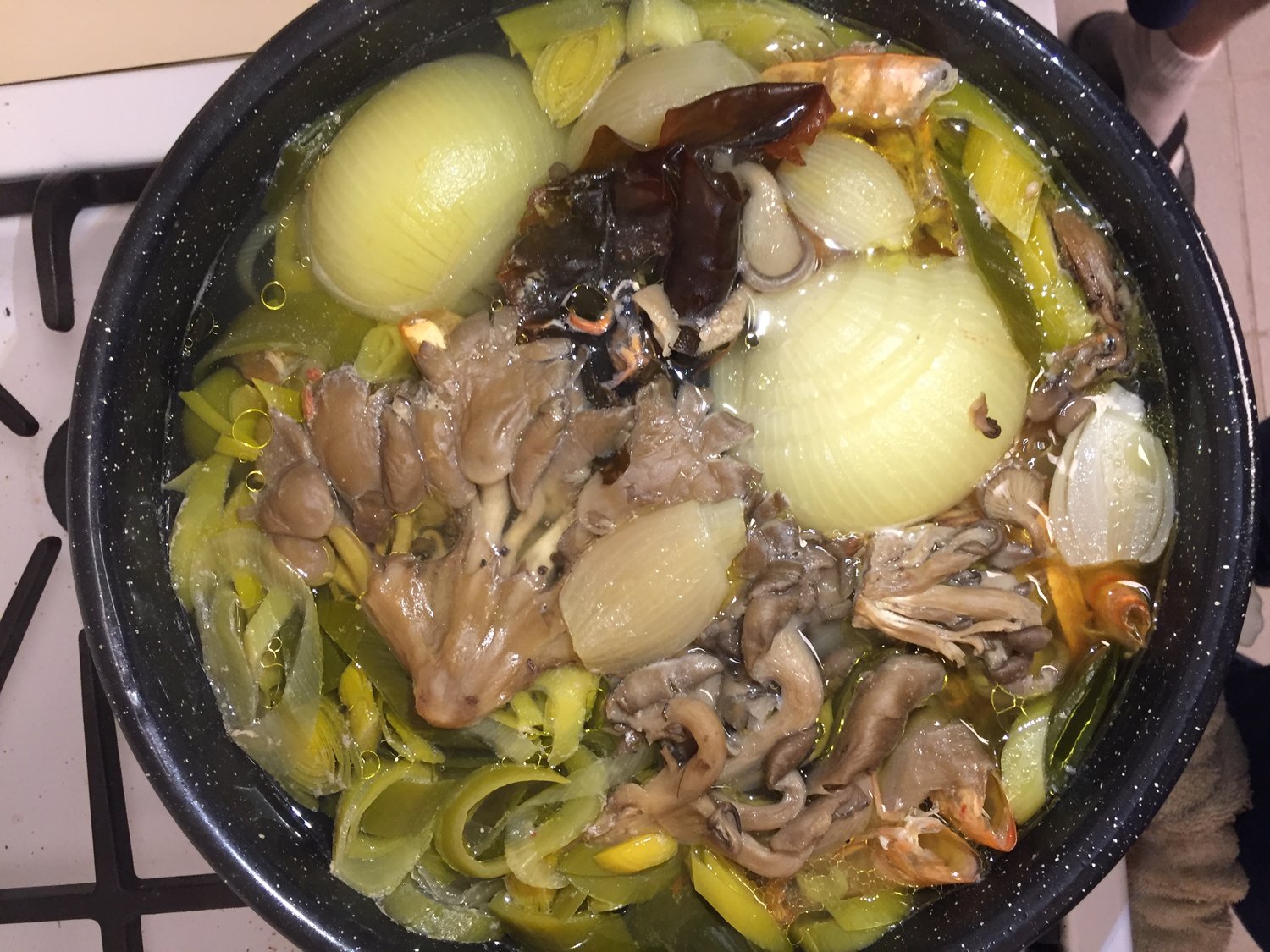 Now, add in the maitake, leeks, onion, kombu, and shrimp skin to the water. Bring the water to a boil on the stove, and cover it with a lid slightly ajar. Once the water is boiling, bring the heat down to a small simmer. Let pot sit for 8-24 hours, and go do other activities until then.

After the broth is ready, start cooking the noodles in a separate pot and putting aside the toppings. Meanwhile, drain out the meat and vegetables from the broth and only keep the remaining liquid. The vegetables can be tossed as they'll be mushy and flavorless. I normally press them against a collander to drain out the excess broth from them. The meat can be kept for a buffalo chicken dip of some sort.

Once you have the broth by itself, heat it to boiling again, and put the mussels and shrimp in to cook for 5-7 minutes. At this point, the broth is ready to serve. Cook a few scallops on a cast iron pan, and start to combine your ramen ingredients. 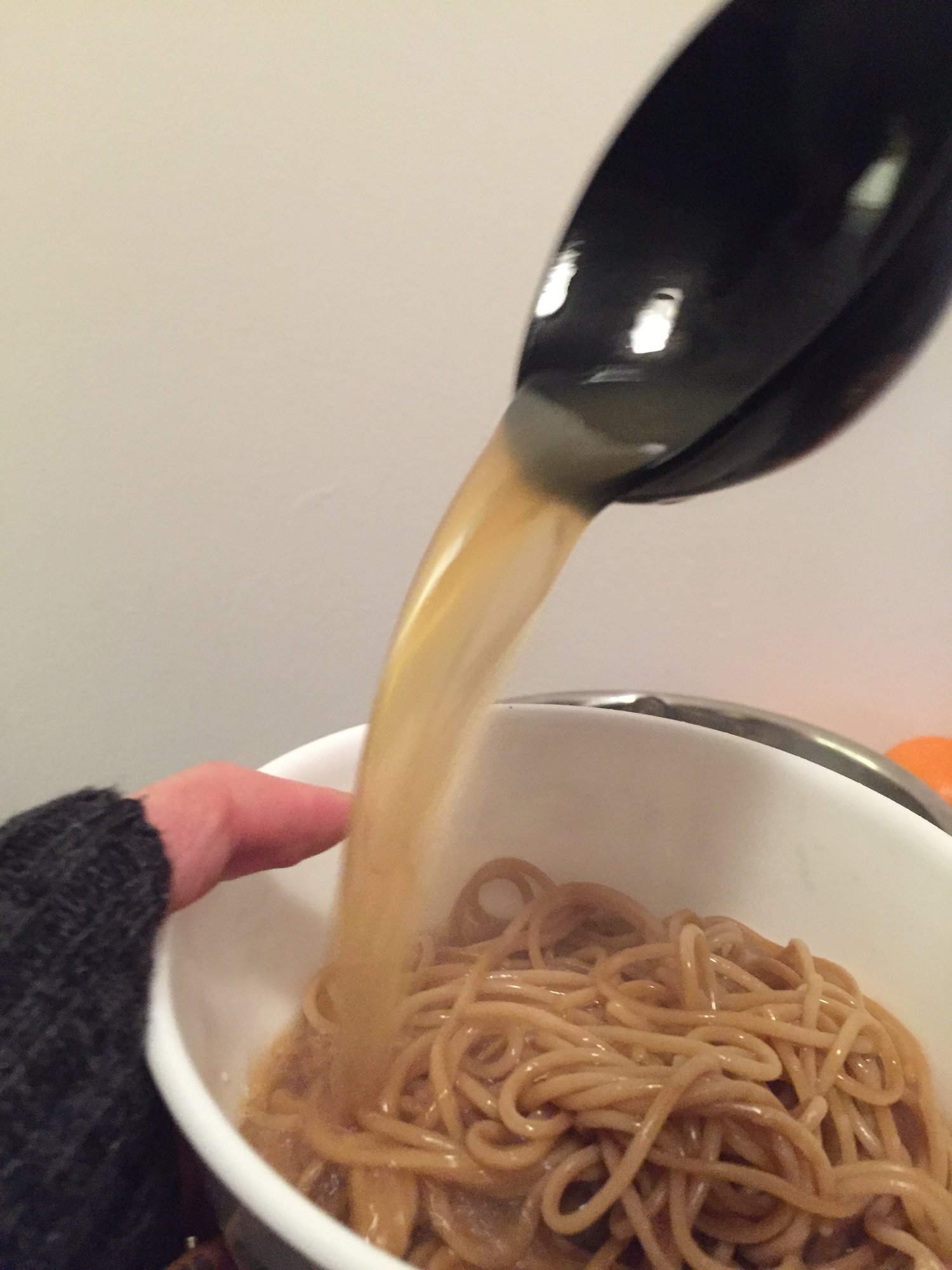 Put the noodles in a bowl and season with a small amount of light soy sauce. Then, pour in the broth. 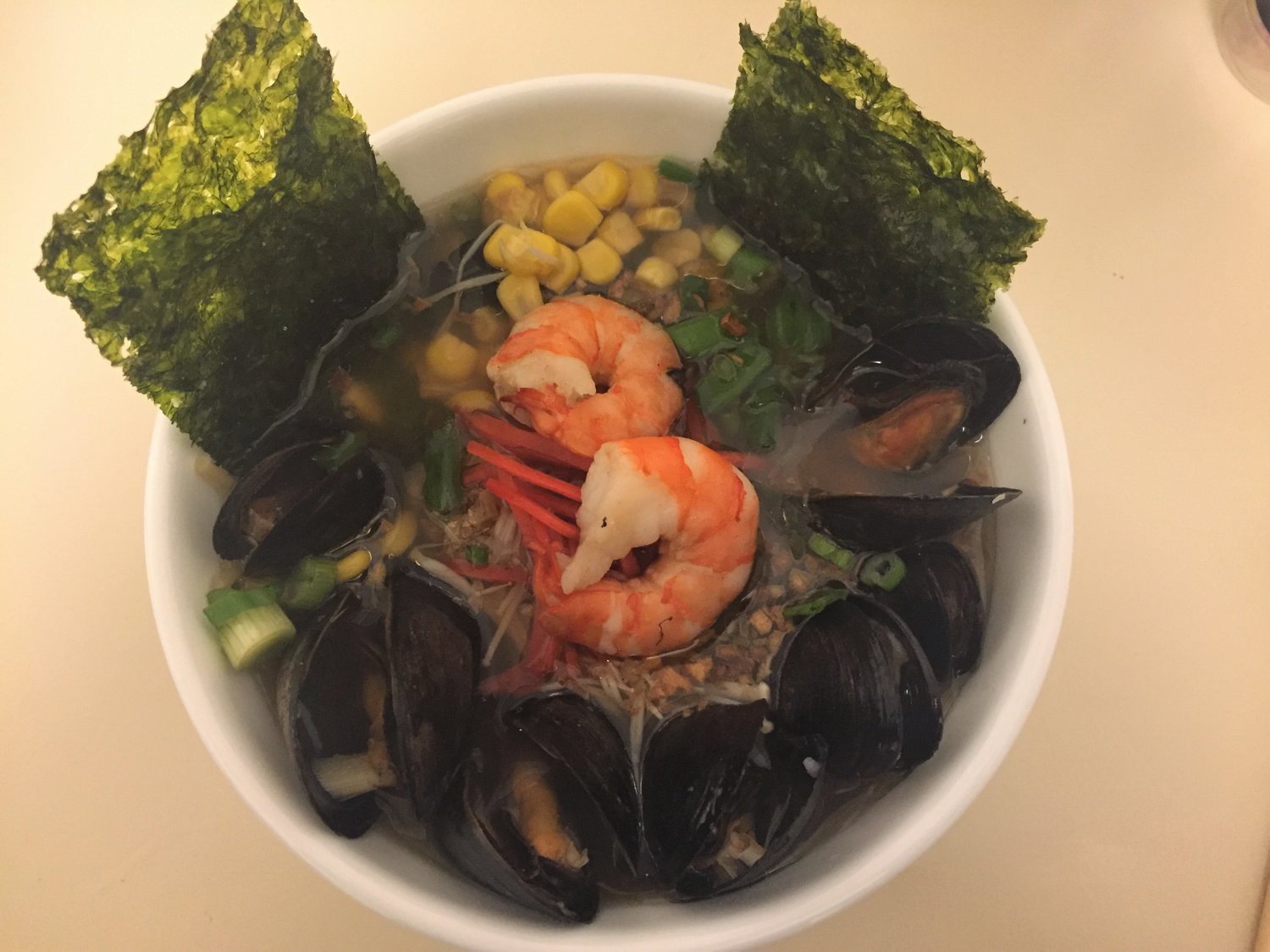 Finish with toppings and your seafood ramen is ready. Enjoy! 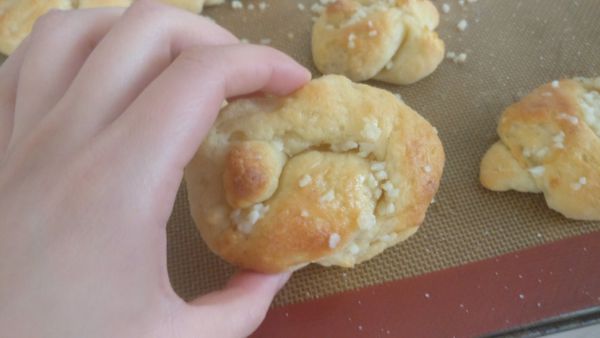 To pair with the zucchini rollatini, I whipped up a batch of garlic knots from skinnytaste. I usually hate dealing with dough, but this was amazingly easy. Highly recommend. Ingredients 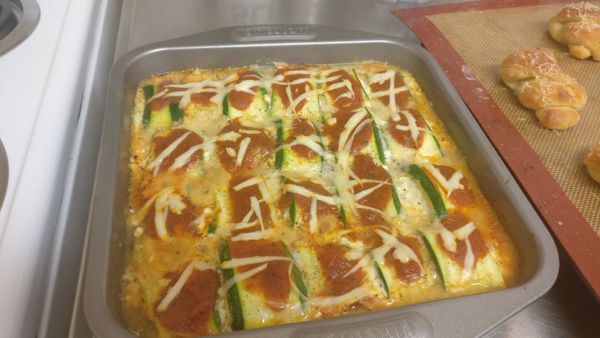 In their Vegetable-based Lasagna recipe, aeghrur, RZ, and Jimmy reminded me that I hadn't made any baked pasta dishes since the first meal I made at my current apartment. I